The Best Thing That Happened This Week: Brock Stassi Made the Big Leagues 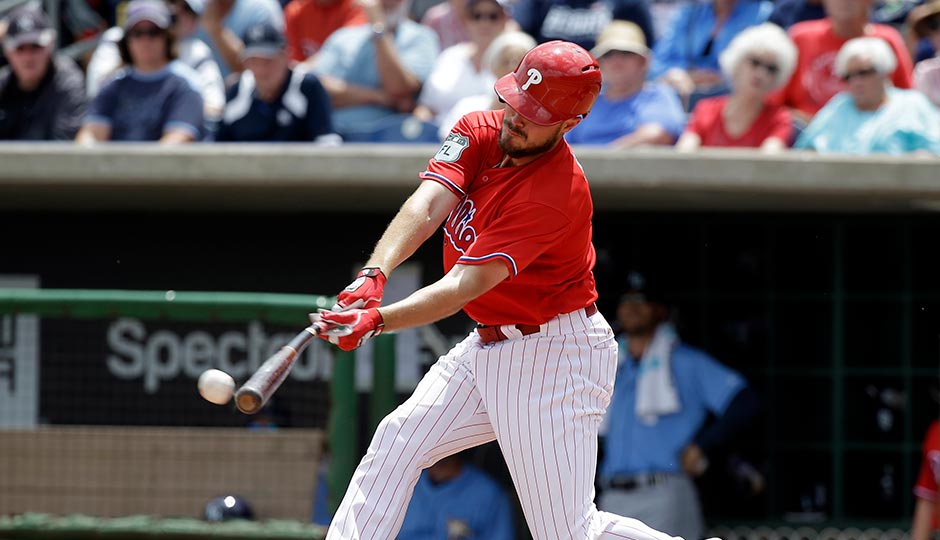 We live in a world of insta-success these days. A single tweet, a viral video, and you (or you, or I) can be the Next Big Thing. Which makes what happened this week to longtime Phillies minor-league first baseman Brock Stassi—well, here’s how his younger brother Max explained it on Facebook: “My brother Brock: cut early in area code tryouts, didn’t have a D1 offer until late in his senior year (to pitch), was told he wasn’t good enough to hit in college … drafted late as first baseman … 1K bucks. Plane ticket. Offseason substitute teacher … ” But Brock, a 33rd-round draft pick in 2011, had a blistering preseason (.339, a team-leading six home runs), and on Thursday, Phils manager Pete Mackanin called him into his office for what up until this year has been, for Stassi, a heartbreaking chat. Not this time. “What number do you want?” Mackanin asked his 27-year-old rookie. Stassi was still crying in an interview afterward. “Dream come true,” he managed. “I made it to the big leagues and can finally say I’m a big leaguer.” Play ball!