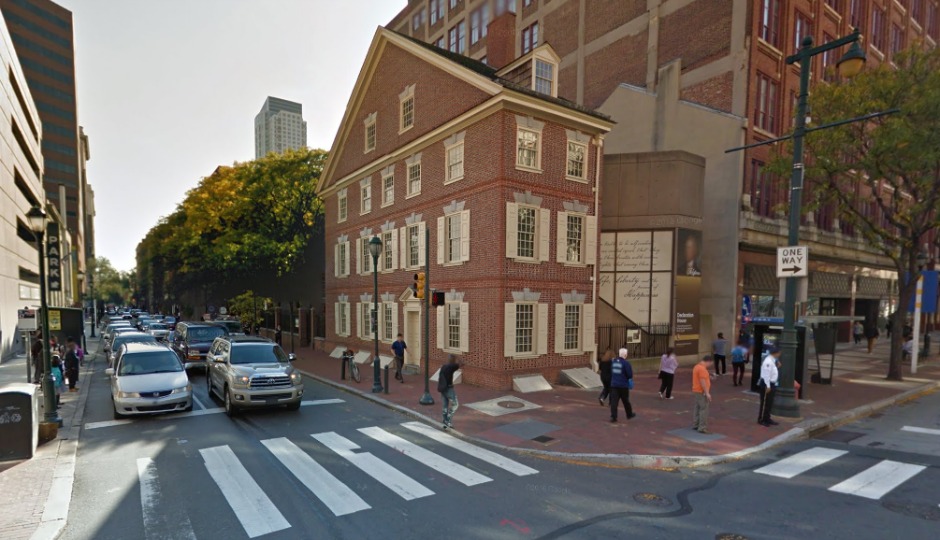 President Donald Trump’s hiring freeze on most federal jobs has led to the closure of several notable historical sites in Philadelphia.

The Inquirer reports that Thomas Jefferson’s Declaration House and Benjamin Franklin’s home and print shop – both located in Old City – are among seven attractions that have closed, according to the American Federation of Government Employees Local 2058, which represents employees at the Independence National Historic Park.

The Declaration House, built in 1775 and located at Seventh and Market streets, is where Jefferson wrote the Declaration of Independence. Benjamin Franklin’s home and print shop, located near Third and Market streets, includes two reproduction 18th century print presses and the newspaper office of Franklin’s grandson, Benjamin Franklin Bache. Also among the reported closures is the home of Tadeusz Kosciuszko, a Polish military leader praised by Jefferson for his service in the Revolutionary War.

Here's another site we stopped at two weeks ago during our visit to #Philadelphia‬: the Declaration House, also known as the Graff House, part of @independencenps. Originally built by bricklayer Jacob Graff in 1775, the red-brick house at Seventh and Market streets was reconstructed in 1975 by the @nationalparkservice from photos and fire insurance reports. The home had been torn down in 1883. In this house, Thomas Jefferson rented two rooms on the second floor and wrote the Declaration of Independence in under three weeks. The first floor is exhibit space and the second floor features a recreated parlor and bedroom with period furnishings. This site is only a block from Independence Mall but is often overlooked by visitors. If you visit Philly, be sure to stop in! #pahistory #pa #SpreadTheHistory #historygirl #history #archi_ologie #architecture #oldhouse #oldhouselove #travelblog #travelblogger #blogger #blog #ushistory #americanhistory #philadelphiapa #ipulledoverforthis #explorepa #roadtrip #philly #igers_philly #declarationhouse #thomasjefferson #declarationofindependence #independencenhp #nps100 #FindYourPark #nationalpark #nationalparkservice

In addition, park bathrooms at Fifth and Chestnut streets have been closed, union president David Fitzpatrick told the newspaper.

Representatives from the National Park Service have not commented on the closures. An Independence National Historical Park spokesperson told the Inquirer that the Office of Management and Budget has approved the Park Service’s plans to hire several seasonal employees, but it’s not clear what position those employees would fill and whether or not any of them would affect Philadelphia.

Trump has planned a budget announcement for this Thursday. The president has reportedly threatened significant cuts to the National Park Service, as well as the Environmental Protection Agency, the Corporation for Public Broadcasting and the National Endowments for the Arts and Humanities, among other agencies.