Heaviest Snow Ever? We Put It to the Test

"It's so heavy that I already broke my shovel once today," said our local snow shoveling guy. 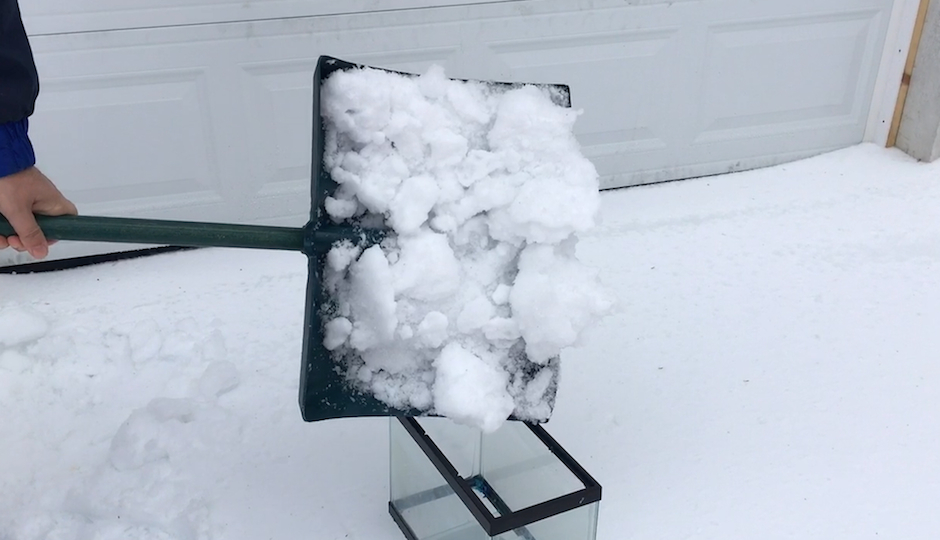 A shovelful of snow, an empty aquarium, and a digital scale were the tools used in our highly scientific experiment.

Philly, we love you. If you’re not complaining about getting too much snow, you’re complaining that we didn’t get nearly as much snow as was predicted. And then in the next breath, you complain that the snow is too heavy!

That’s right. We’ve heard it from all over the region today. People are griping that the snow is too heavy. From Philly Mag editor Tom McGrath, who had a few choice words for his town’s snow, to the local shoveling guy in Overbrook, who had to go home to get another shovel after his broke, this storm has produced what some people are calling the heaviest snow ever.

Well, we’re pretty sure that no one has actually kept track of the weight of the snow over the years, but still, in the interest of science and historical preservation, we decided to find out just how heavy this snow is.

So we broke out a snow shovel, a small aquarium (don’t worry, the fish didn’t die — we just got them a bigger tank), and a digital scale.