The Best Thing That Happened This Week: After Vandalism, a Stand Against Hate

In the wake of Jewish cemetery destruction, Philadelphians of all faiths embrace peace. 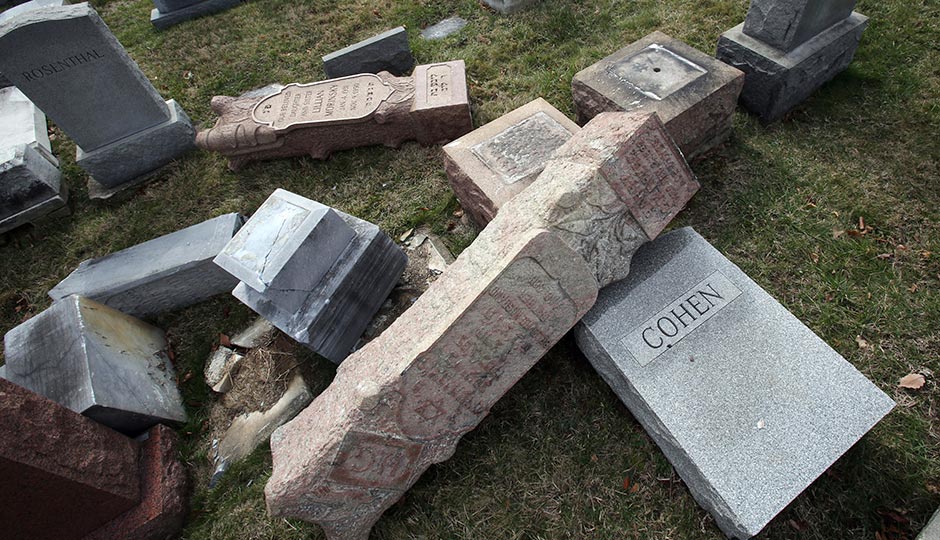 Back in March of 2016, Politico ran a story headlined, “Why Israel Loves Donald Trump.” In December, it ran another: “Trump Could Be Israel’s Worst Nightmare.” The Middle East is confusing that way.

But here in Philly, Muslims were among the first to offer repairs to Jewish Mount Carmel Cemetery in the Wissinoming section of the city, where vandals toppled dozens of headstones last weekend. Local Muslim activist Tarek El-Messidi, who’d already launched a fund-raising campaign to address similar damage to a cemetery in St. Louis, Missouri, dedicated excess funds — the effort raised $80,000 in 24 hours — to the restoration of Mount Carmel. Mayor Jim Kenney helped raise toppled headstones, as did members of the Philadelphia branch of Ahmadiyya Muslim Community USA. The Black Clergy of Philadelphia spoke out against the desecration, and the Anti-Defamation League, the Fraternal Order of Police, City Councilman Allan Domb and Mayor Kenney’s office were among those donating toward a $69,000-and-growing reward for the arrest and conviction of those responsible for it. On Thursday, thousands of Philadelphians of all faiths rallied at Independence Mall to protest recent anti-Semitic acts. Muslim veterans offered to stand guard at synagogues and Jewish cemeteries as needed, noting, “Islam requires it.” “An attack on one faith is an attack on any faith,” Salaam Bhatti, a spokesman for the Ahmadiyya Muslim Community, told the Inquirer. Funny thing about hatred. It will never be as viral as love.