Sixers doctors have ruled star rookie Joel Embiid out for the year with a knee injury. 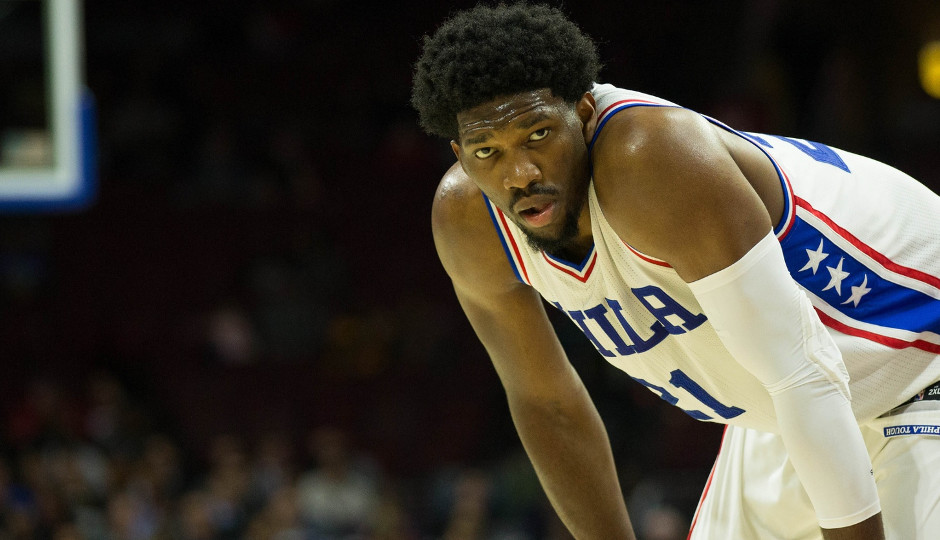 The Sixers announced today that Joel Embiid will not play again this season.

Despite playing on a minutes restriction, Embiid was the favorite for the Rookie of the Year award before he got hurt last month. Playing 25 minutes a game in 31 games, Embiid averaged 20.2 points and 7.8 rebounds. Now he’s shut down for the rest of the season, joining Ben Simmons on the out-until-next-year list.

“The assessment of Monday’s follow-up MRI of Joel Embiid’s left knee appears to reveal that the area affected by the bone bruse has improved significantly, while the previously identified meniscus tear appears more pronounced in this most recent scan,” Dr. Jonathan Glashow, the Sixers’ chief medical director, said in a release. “We will continue to work with leading specialists to gather additional information through clinical examination and sequential testing to determine the best course of action and next steps.”

Embiid first injured the knee in a 93-92 win over Portland on January 20th. He bruised his left knee in the second half. He returned just three games later, scoring 32 points in a 123-118 loss to the Houston Rockets on January 27th. He made an emphatic second-quarter dunk just minutes for the Sixers’ first points of the game. “You’re not going to see a more jaw-dropping play in the league, really,” Sixers coach Brett Brown said.

It was Embiid’s last game of the season.

“Our primary objective and focus remains to protect his long-term health and ability to perform on the basketball court,” said Sixers president Bryan Colangelo in a release, helpfully noting that the team plays on a basketball court. “As our medical team and performance staff continue their diligence in the evaluation, treatment, and rehabilitation of Joel’s injury, we will provide any pertinent updates when available.”