Plus, it offers restaurant-style seating. 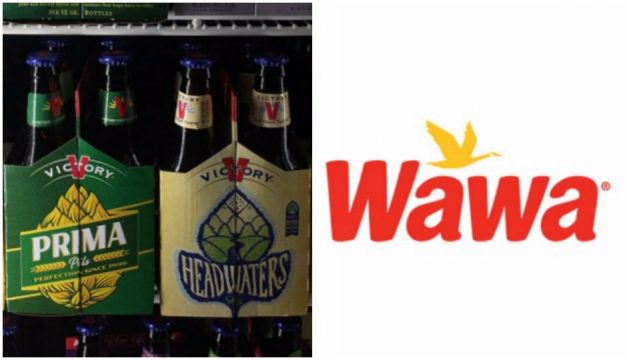 One small step for Wawa, one giant leap for mankind.

Wawa in Chadds Ford became the only location in the region to sell beer today.

The outpost at 721 Naaman’s Creek Road has stocked its shelves with six-packs and now offers restaurant-style seating.

The location, which closed for renovations last month, held a grand reopening shebang today with Wawa President and CEO Chris Gheysens, local congressmen and a number of representatives from local breweries like 2SP, Victory, Yuengling and Dogfish Head.

Technically it’s not the first Wawa in the region to sell beer – the Wawa at 38th and Spruce streets sold six packs between 1988 and 2001, before the Pennsylvania Liquor Control Board found out employees had sold alcohol to minors, according to the Delaware County Daily Times.

Wawa has pushed to sell beer at the Chadds Ford location for more than a year, but township supervisors just gave final approval this month, after a lengthy back-and-forth with the PLCB.

Because of the state’s liquor laws, you can only purchase two six-packs from the location at a time – and Wawa mandates that you can only drink one beer in the store.

But hey, at least Wawa’s making moves to keep up with Sheetz, which opened a beer store in Shippensburg in 2014.