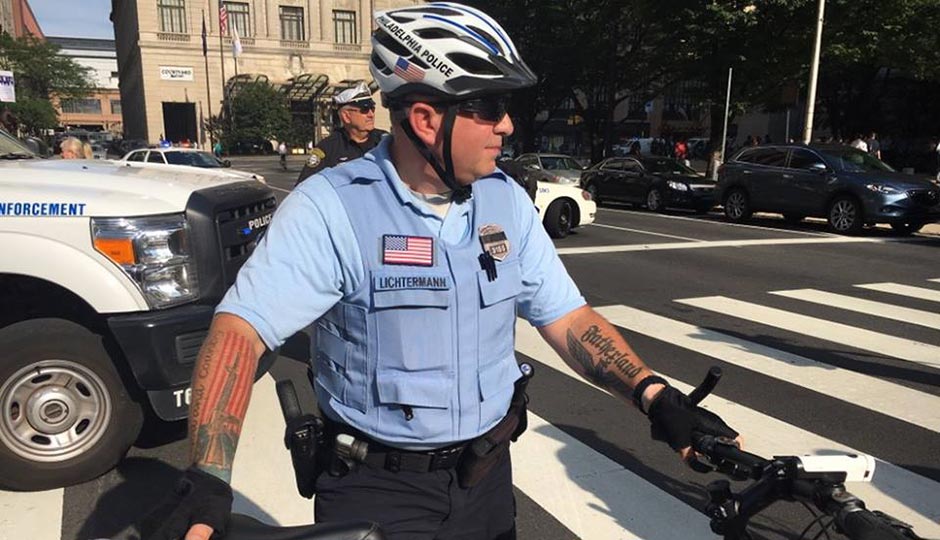 The Philadelphia Police Department will soon enforce its first-ever tattoo policy – forbidding on-duty officers from having “offensive, extremist, indecent, racist or sexist” tattoos, according to the Inquirer.

The policy implementation follows a controversy regarding one officer who was harshly criticized for displaying tattoos that resembled Nazi symbols. Photos of that officer, Ian Hans Lichtermann, went viral about five months ago.

Lt. John Stanford told the newspaper that the protocol was drafted to ensure that officers “aren’t being offensive to [their] work population or to the people [they’re] serving.”

The policy, reportedly titled Directive 6.7, also forbids head, face, neck and scalp tattoos and extreme body modifications, like tongue-splitting. Officers who already have tattoos on the aforementioned areas must cover them with makeup or clothing starting March 1st, when the policy goes into place. The Record and Identification Unit and departmental Tattoo/Body Art Review Board will review the tattoos of any officers who challenge the policy, according to the Inquirer.

Last year’s controversy surrounding Lichtermann prompted confusion regarding where the department should draw the line on tattoos that are widely considered offensive. Following an Internal Affairs investigation, Lichtermann was cleared of any wrongdoing and permitted to keep his job. But many, including Mayor Jim Kenney, were disturbed by Lichtermann’s tattoos, which include an AR-15 below the motto of the American Legion and the word “Fatherland” beside an eagle that closely resembles a parteiadler, the symbol of the Nazi Party.

Others, like Philadelphia Fraternal Order of Police president John McNesby, said that the tattoos were “not a big deal.” McNesby recently told the Inquirer that the union will likely file a complaint over the new policy with the state Labor Relations Board.