15 Gay Things to Do in Philly This Week

Janet Mock visits Philly, a Philly 4 Hillary kickoff event, Pearl performs at Voyeur and more gay things to do in Philly this week. 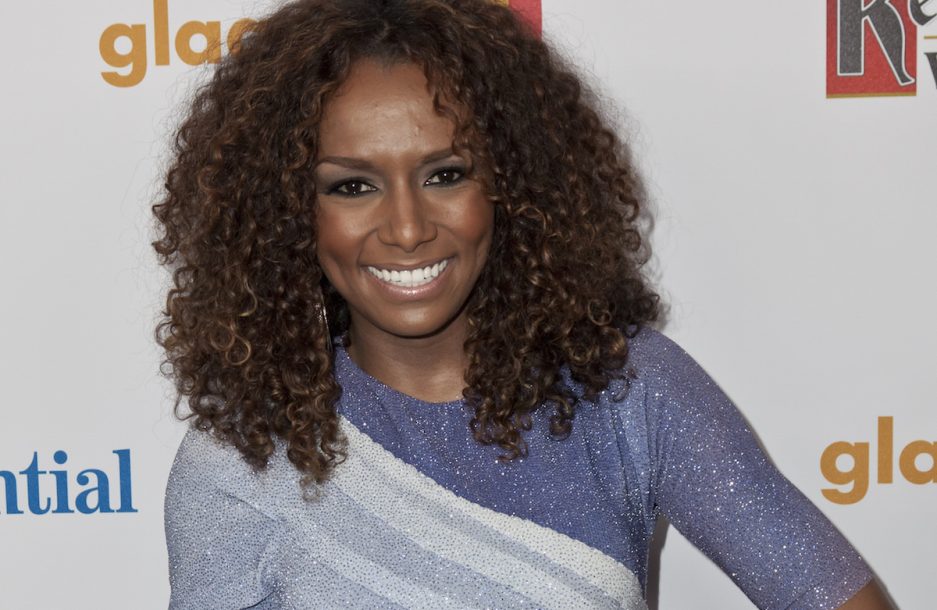 Transgender activist Janet Mock joins Salamishah Tillet, PhD to discuss her memoir about growing up as a trans girl. It will be an empowering chat with some powerful women. Reserve your ticket here. Tuesday, May 19th, 5 pm, free, Moore College of Art & Design, 1916 Race Street. 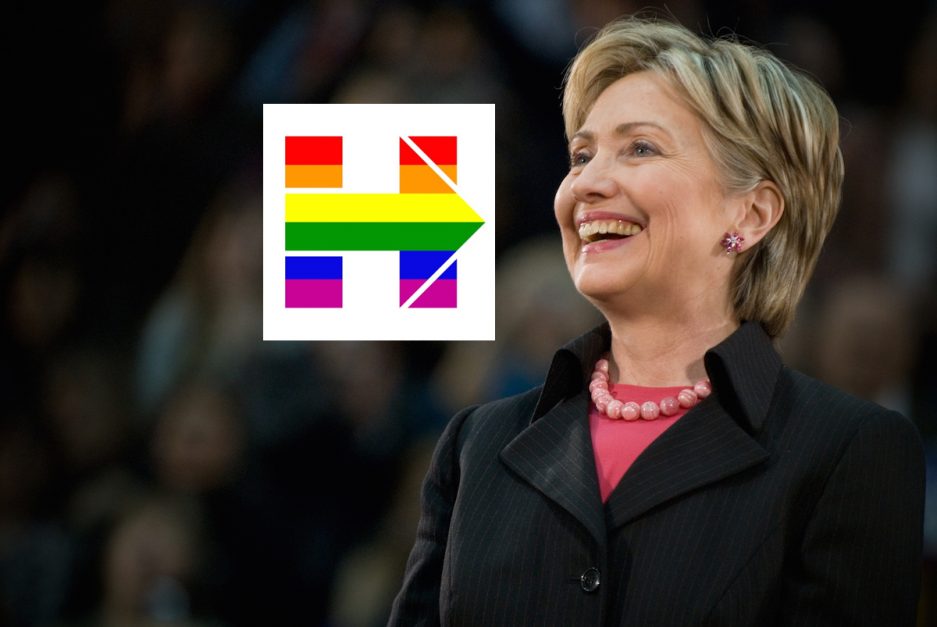 Local Hillary Clinton supporters are coming together for a grassroots organizing meeting, where they'll discuss, among other things, how to get the vote out for Madame Secretary in 2016. Are you ready for Hillary? Tuesday, May 18th, 6:30 pm, free, William Way, 1315 Spruce Street. 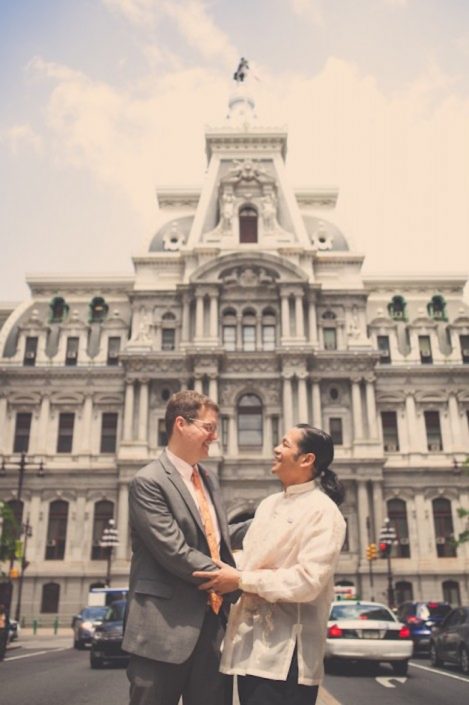 May 20th marks the one-year anniversary of marriage equality in Pennsylvania! In honor of the occasion ACLU of Pennsylvania is celebrating with a fete at Fire & Ice in Old City with drinks and music by Harkness. Buy your tickets here. Wednesday May 20th, 6:30 pm, $45-$75, Fire & Ice, 312 Market Street. 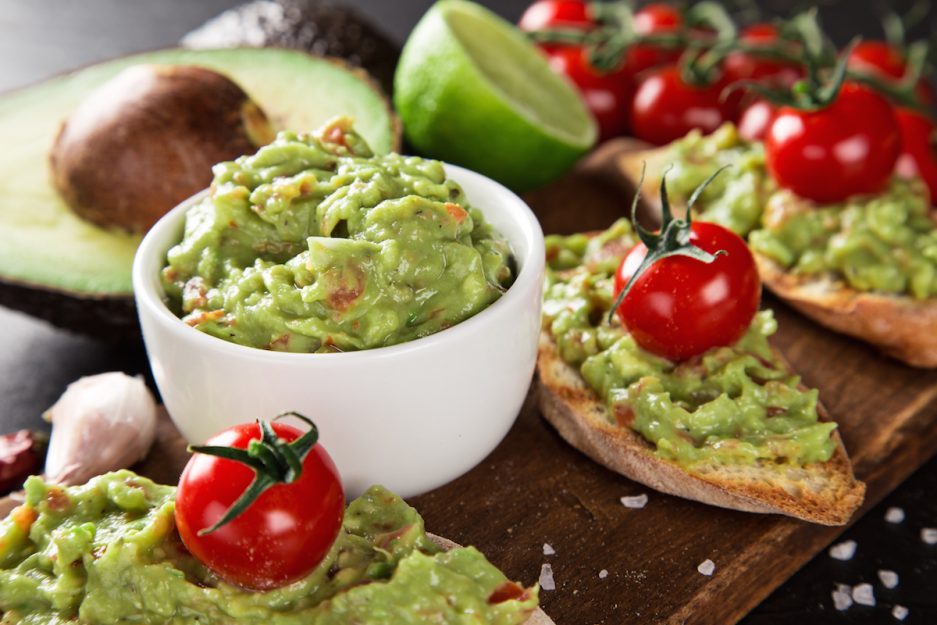 Drag queen Brittany Lynn hosts this year's Guac Off, the annual cooking competition that benefits AIDS-/HIV patient-serving nonprofit MANNA. The event brings chefs from all around Philly to share their best guacamole creations, while the crowd samples and votes for the best. There will be plenty of beer and margaritas to enjoy, too. Thursday, May 21st, 6 pm, $30 (gets you a free Corona), Morgan's Pier, 221 North Columbus Avenue. 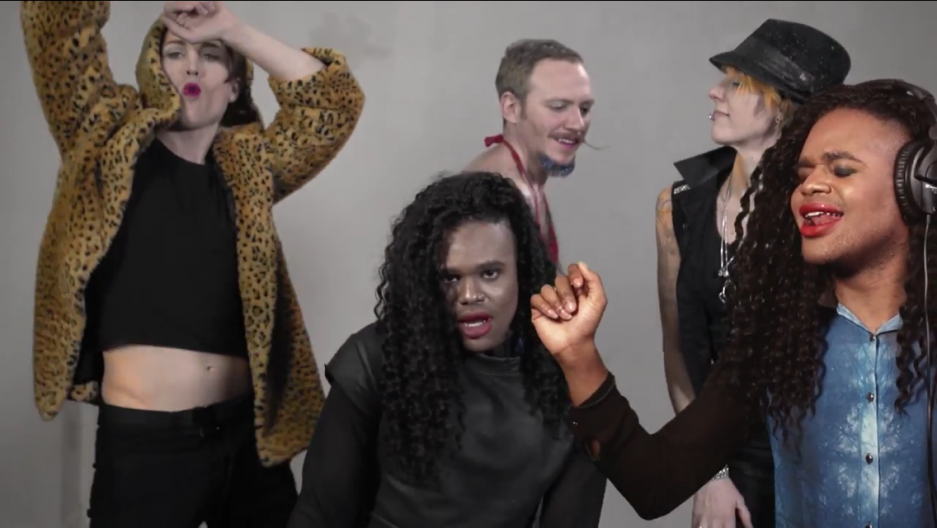 Local performance artist Sebastian is promoting the hell out of his next show, which has been touted via a fun music video called "Queer Night Out," and chalk drawings along Broad Street. He describes the show as "a part theater part concert special part social commentary extravaganza ... that examines the role media plays in our interpretation of the world and the people that roam it." The plot follows Sebastian as he becomes the target of a global campaign to discredit him as a terrorist who's "pushing the hidden truth that we are but pawns in a system created to brainwash, placate and pacify the general public." Expect an energetic, multimedia affair that'll surely send you home with a couple thoughts in your head—or at the very least a good tune or two. Thursday-Friday, May 21-23, $10, Adobe Café, 1919 East Passyunk Avenue. 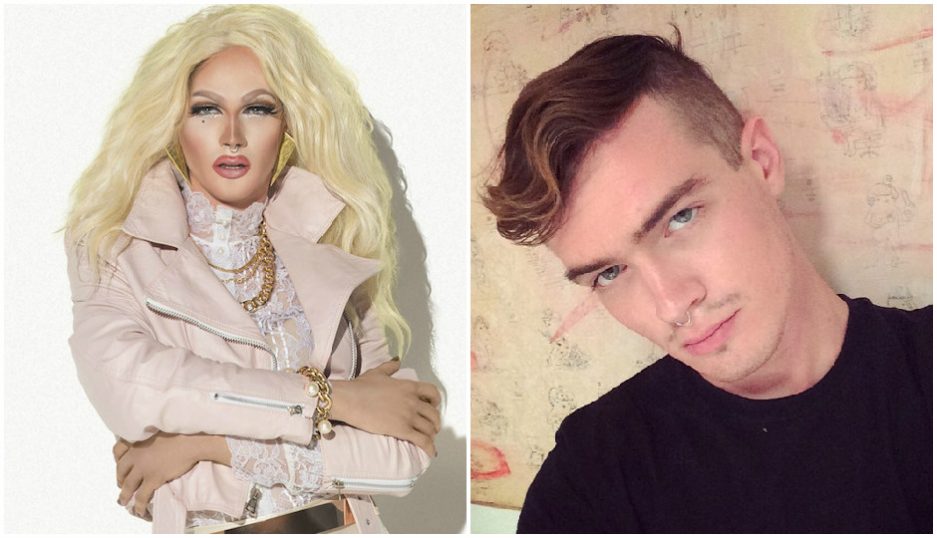 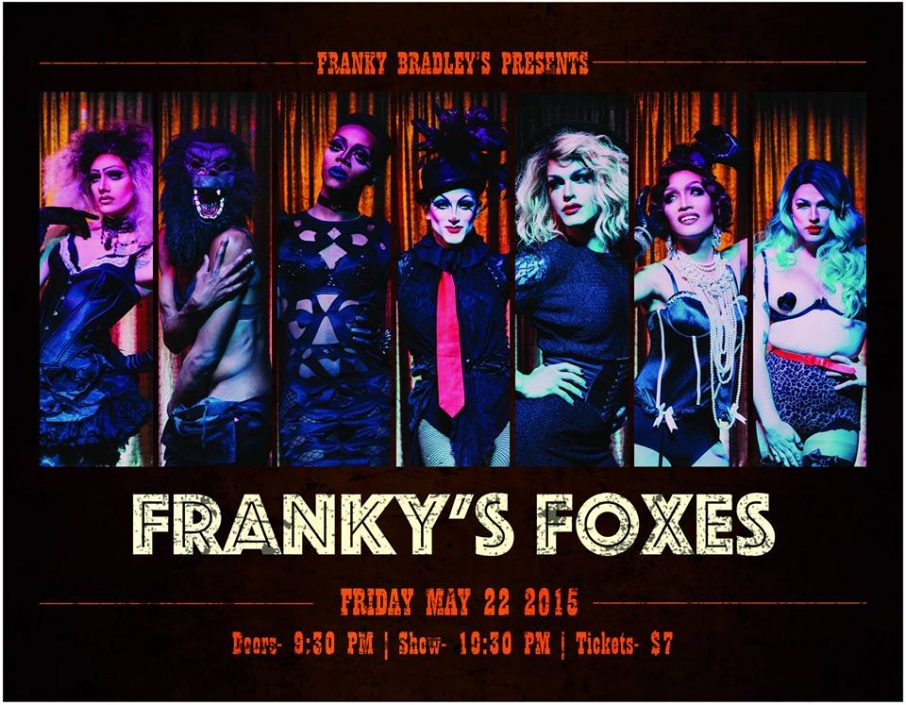 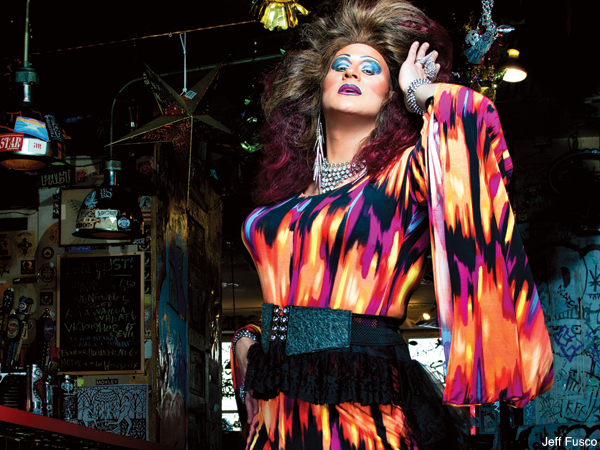 Drag and burlesque acts Brittany Lynn (pictured), Honeytree EvilEye and Joey Martini are teaming up for quite the spectacle at Tabu. The Tongue in Cheek Cabaret will comprise nine evenings of performance from amateur performers that ultimately plays out like a night at the dinner theater/competition. The plot of the show follows Miss Edna Cheeky (Lynn), who's auditioning new acts for a show. A stagehand (Martini) and talent scout (EvilEye), who are also serving as judges here, bring in the talent for improved performances that tell the story and eventually lead to a winner being named the new face of Cheeky Theater. It's a bit out there, but it'll be interesting to see how they pull it off. The first show's this Friday. Friday, May 22nd, 9pm, Tabu Lounge and Sports Bar, 200 South 12th Street. 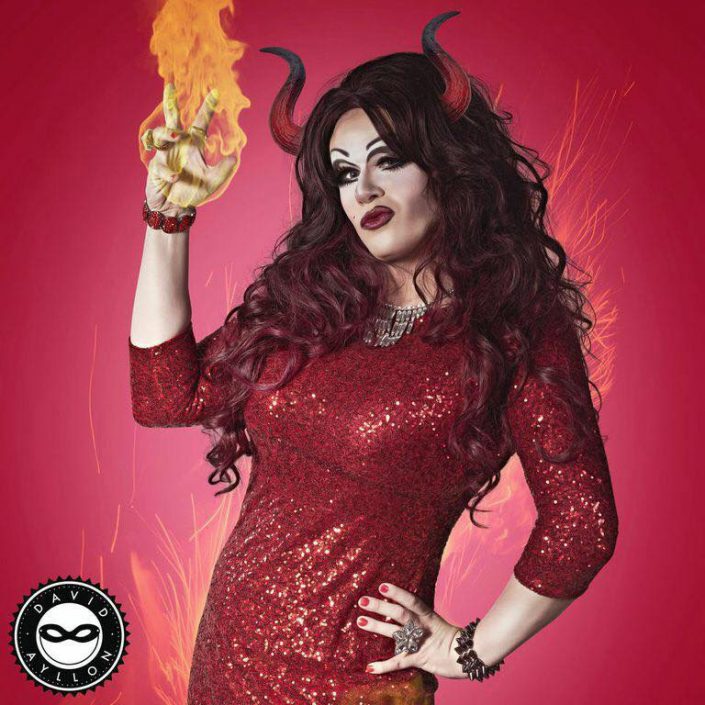 See You in Hell

Bev is shedding her holier-than-though persona for an evening of comedy that no Christian woman in her right mind would go near. Prepare yourself or an evening of irreverence from the likes of local comedy queens like Aurora Whorealis, Sutton Fearce, Dinah Sore and Mimi Imfurst. Friday, May 22nd, 11 pm, free, Venture Inn, 255 South Camac Street. 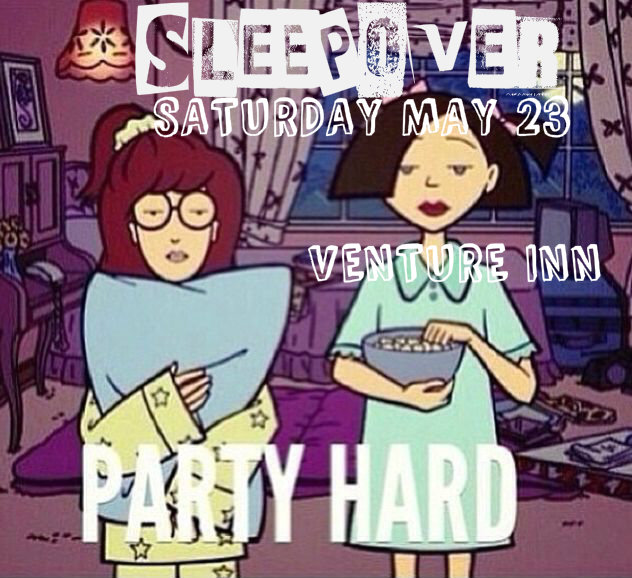 Looking for a place to dance? Sleepover. The Party hosts a dance party that pays tribute to your favorite cartoons of yore, like Rugrats, Daria, and more. Saturday, May 23rd, 11 pm, free, Venture Inn, 255 South Camac Street. 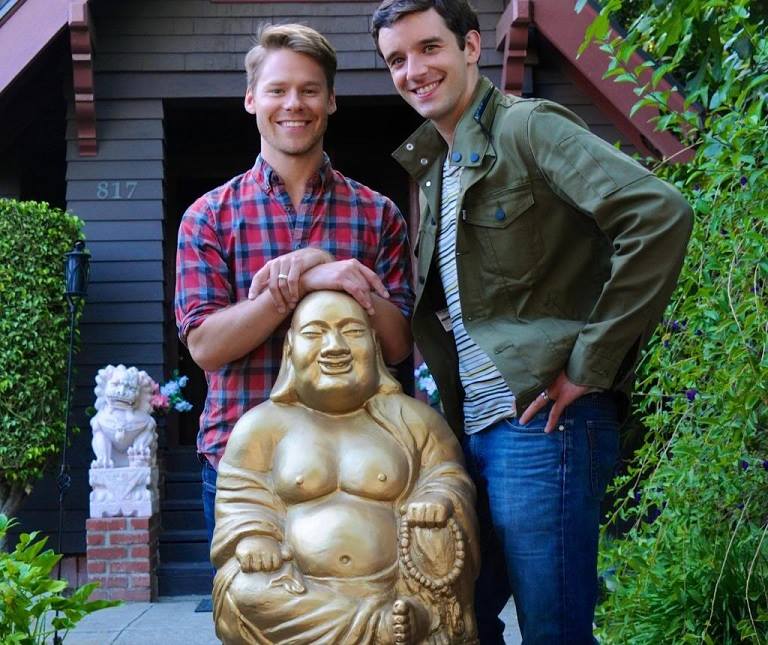