The Philadelphia Gay Men’s Chorus (PGMC) kicked off its 2014-2015 season last week with a repertoire of traditional American holiday classics mixed with a country-music flair. I went Saturday night, sticking to a decade-long tradition of attending the concert with my friend Scott Righter and my husband Mike Toub. The concert consisted of holiday songs by American composers, both old and new, including “Oh Little Town of Bethlehem” and “Go Tell It On the Mountain.” 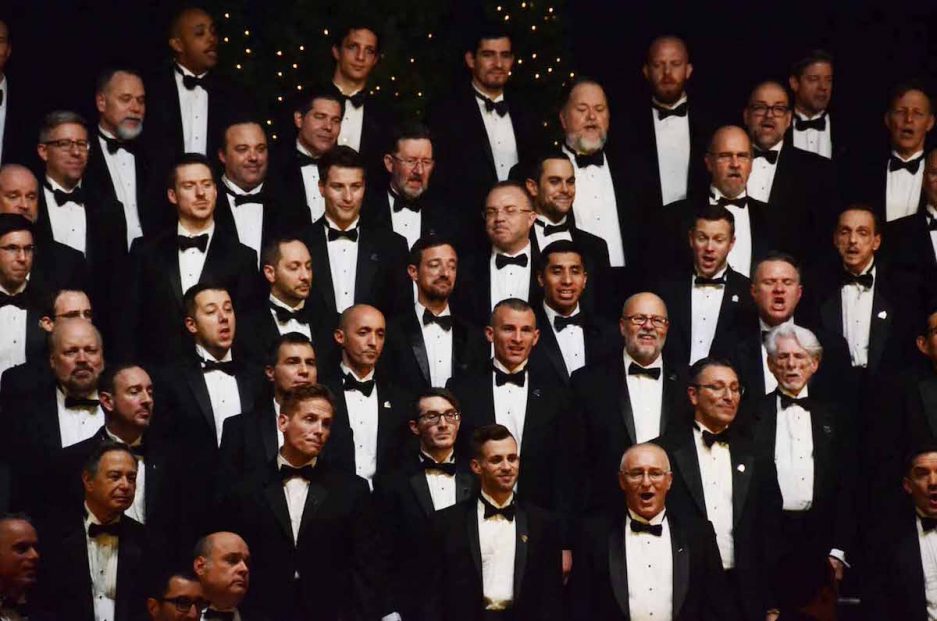 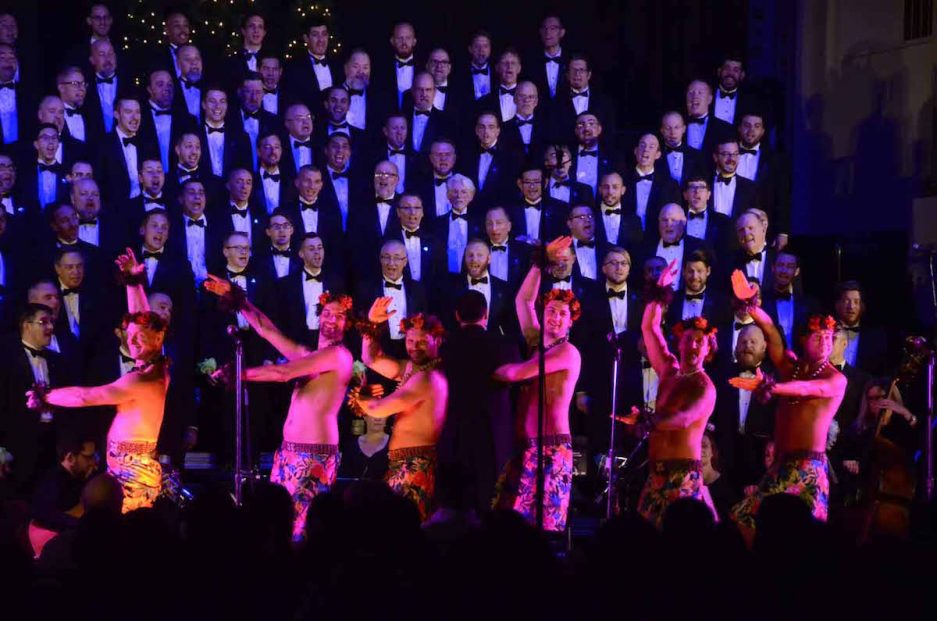 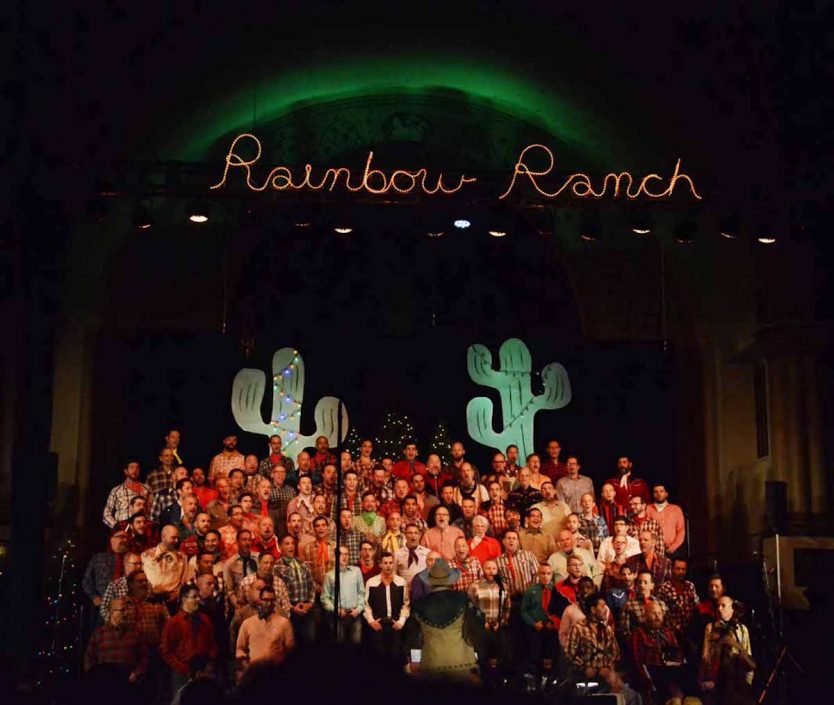 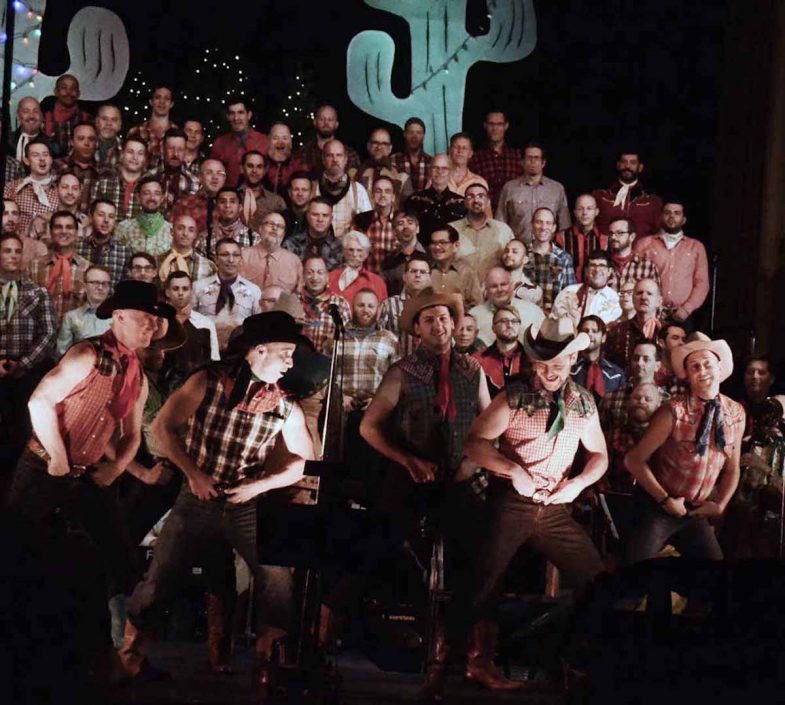 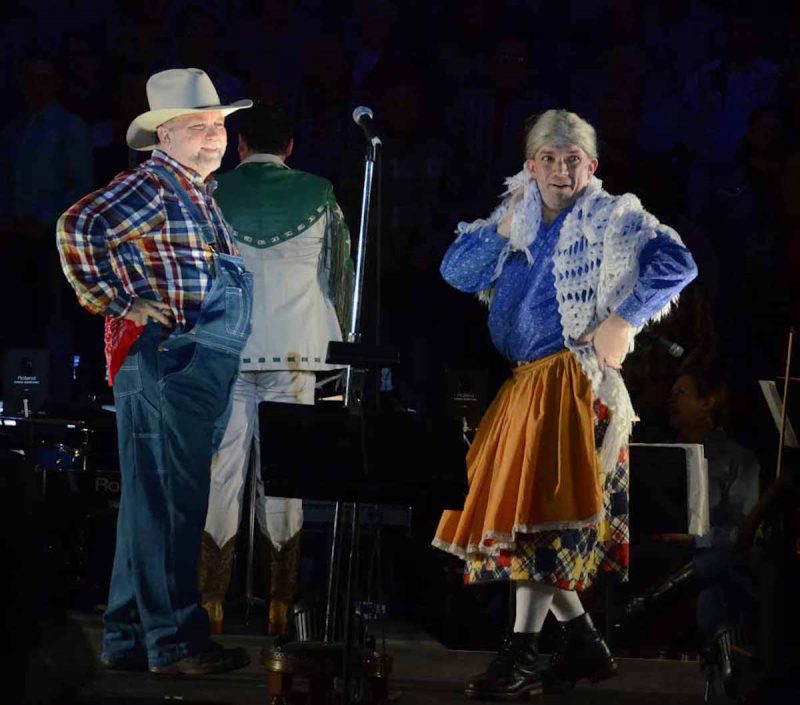 Grandpa (Michael Brantley) and Grandma (Sean Toczydlowski) chat about their Christmas decorations for the front lawn. 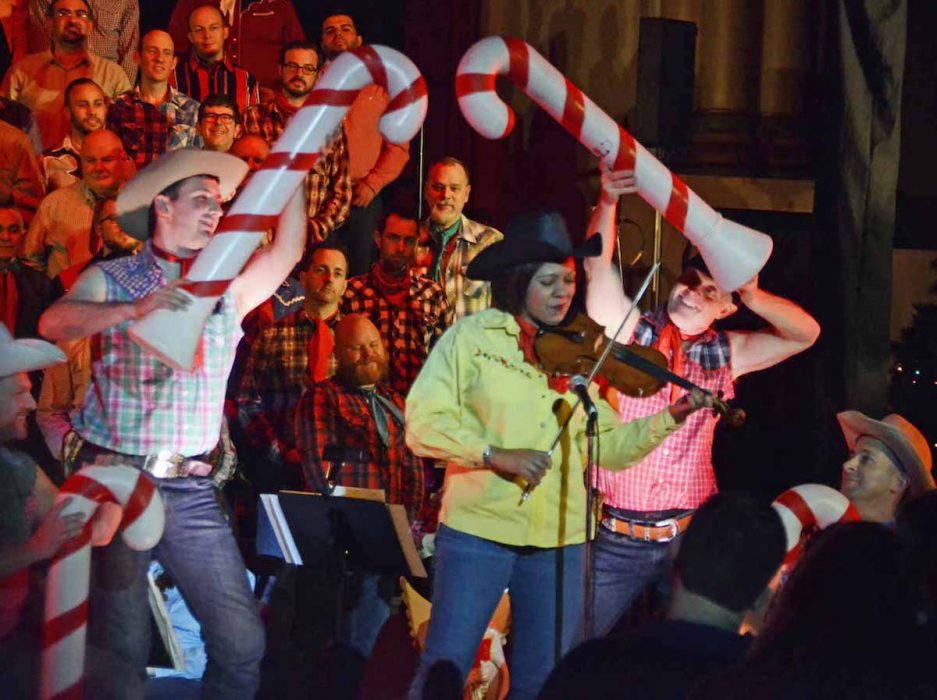 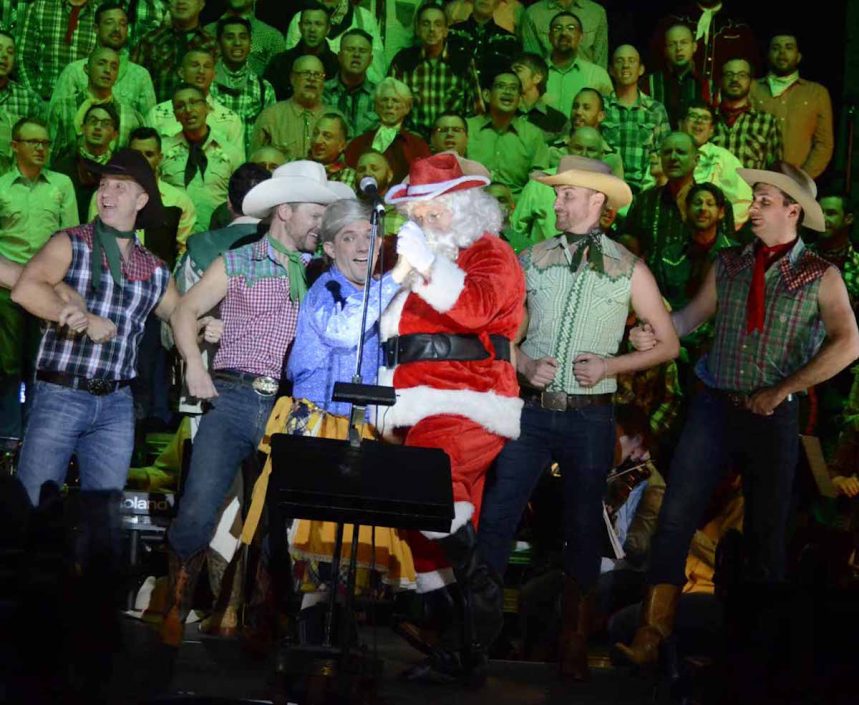 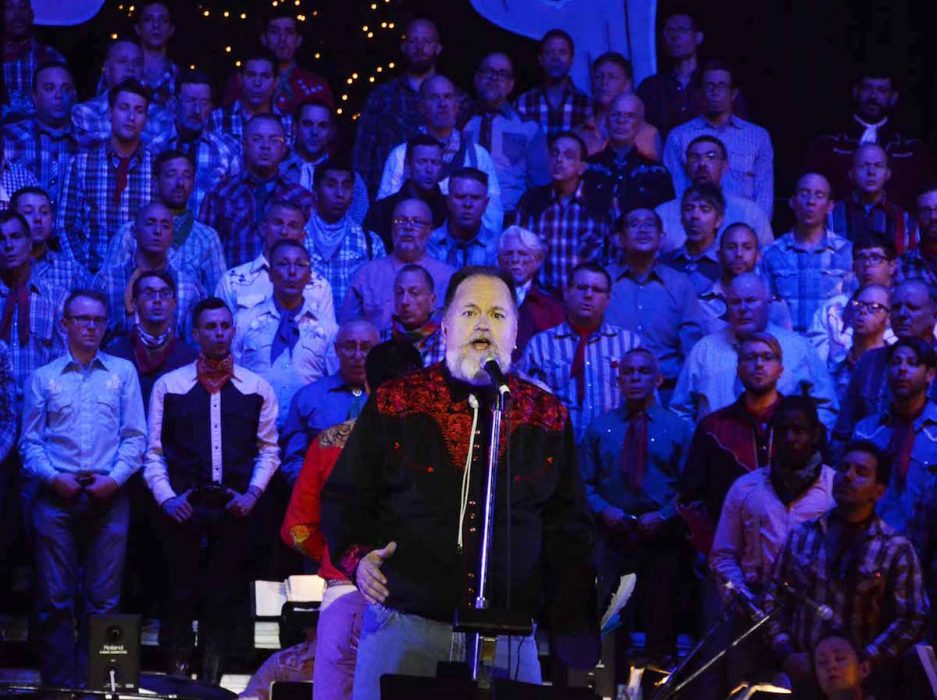 "It Came Upon a Midnight Clear "soloist David Milley 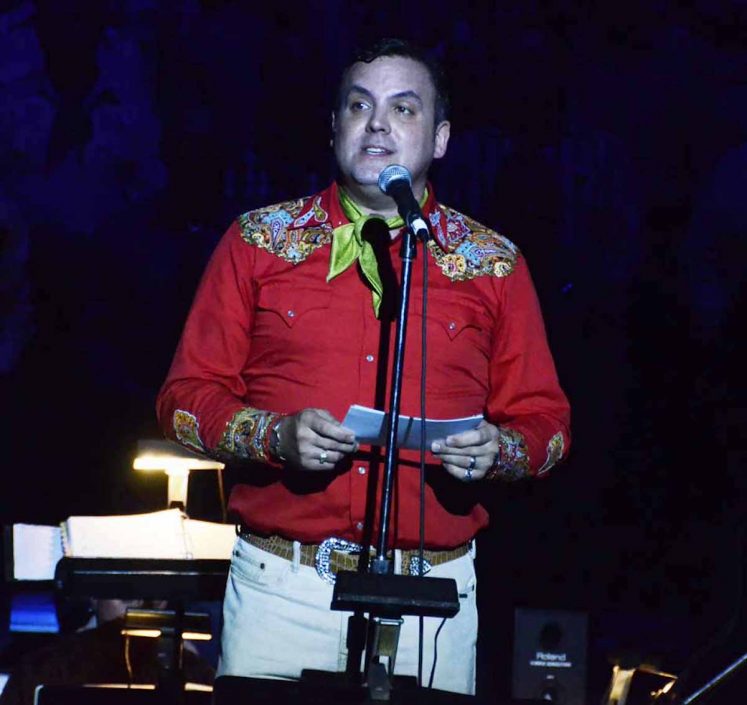 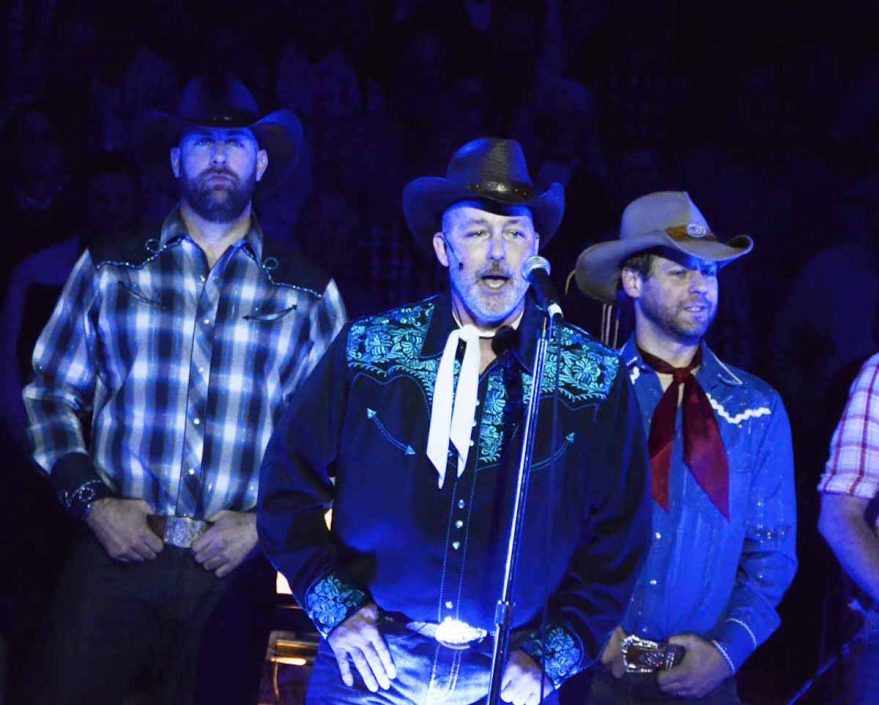 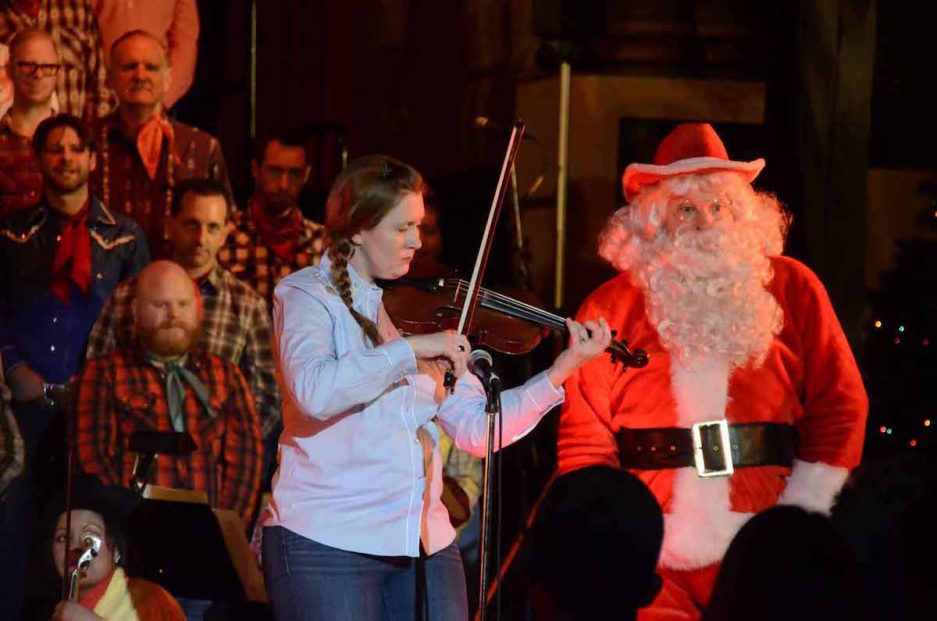 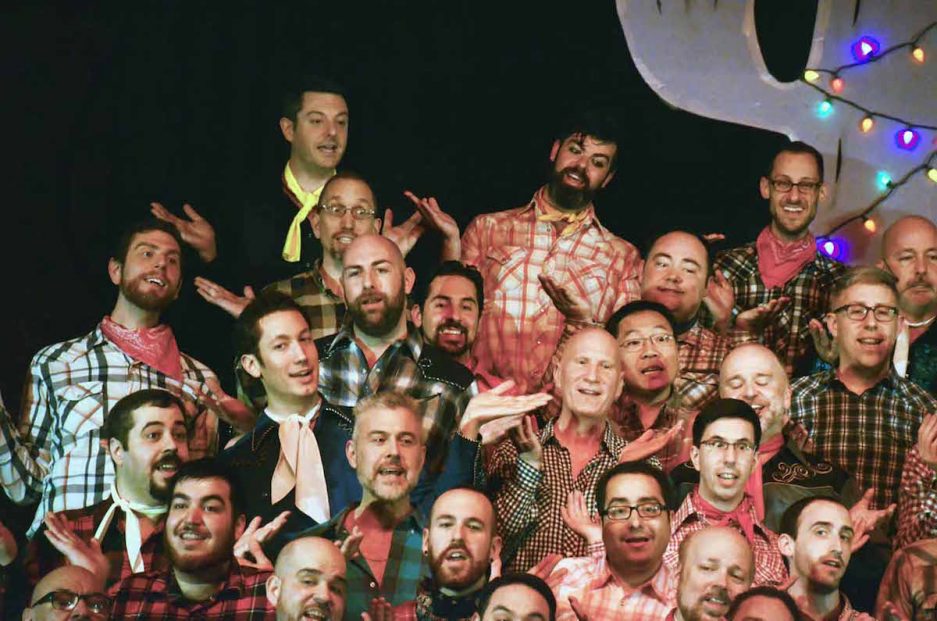 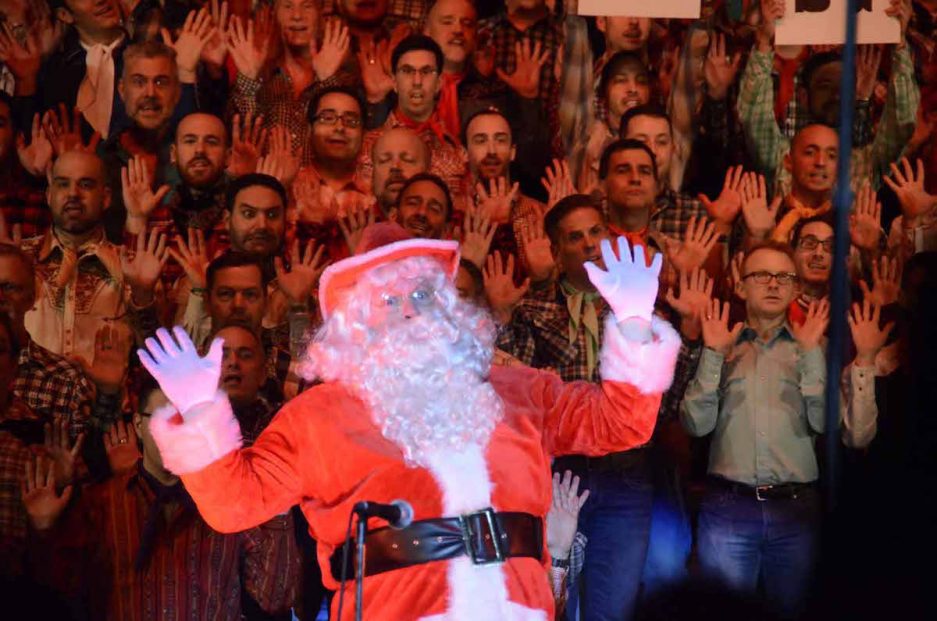 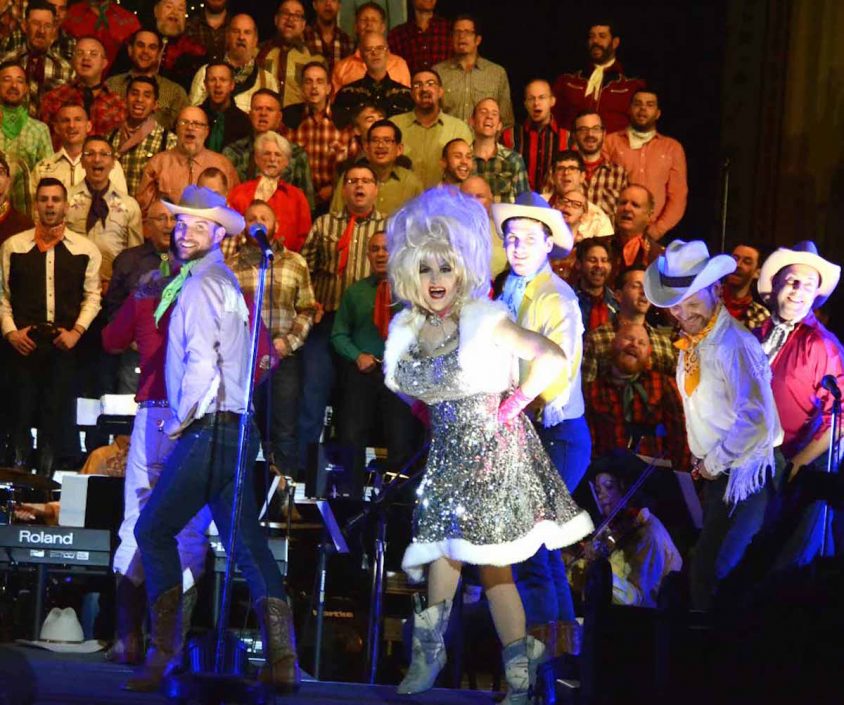 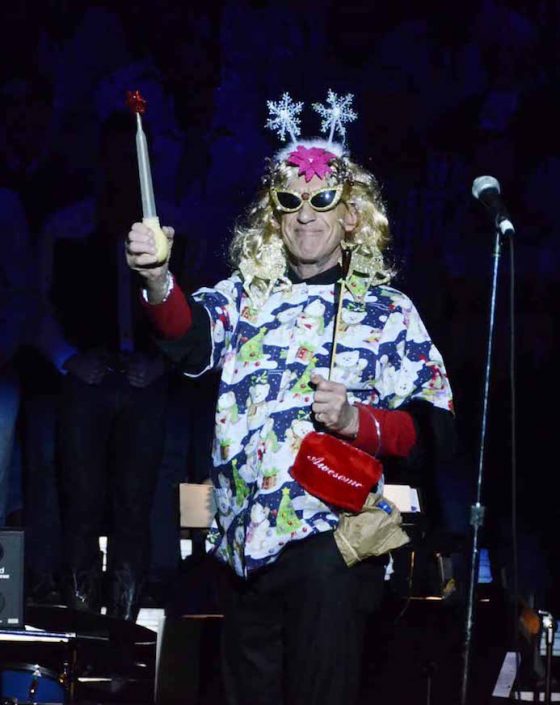 Team Philadelphia Chair Robert Szwajkos won a silent auction bid at the gala to conduct "Grandma Got Run Over by a Reindeer" Saturday night. 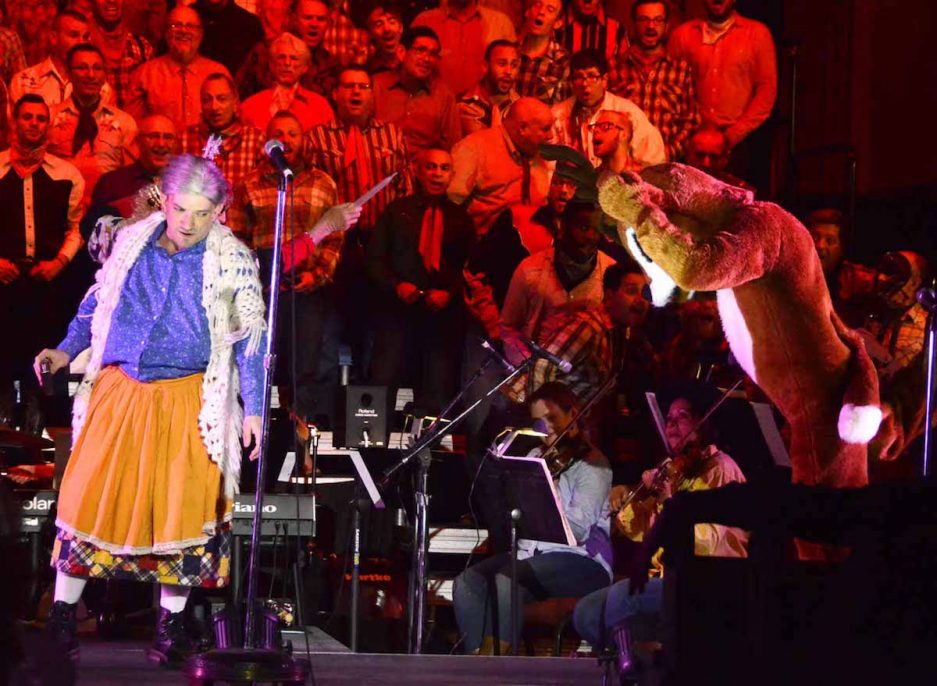 Scene from "Grandma Got Run Over By a Reindeer." 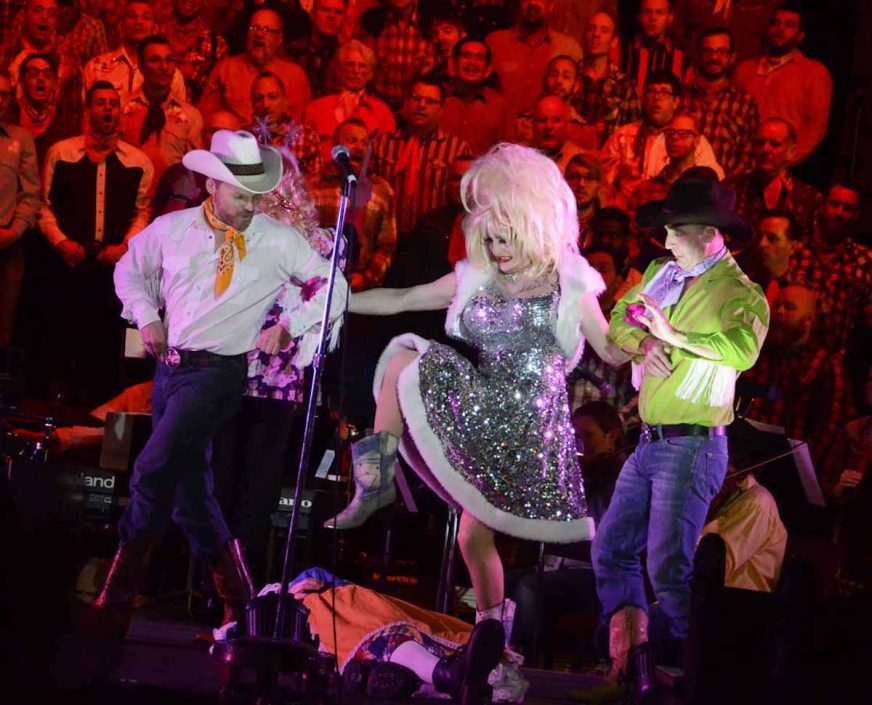 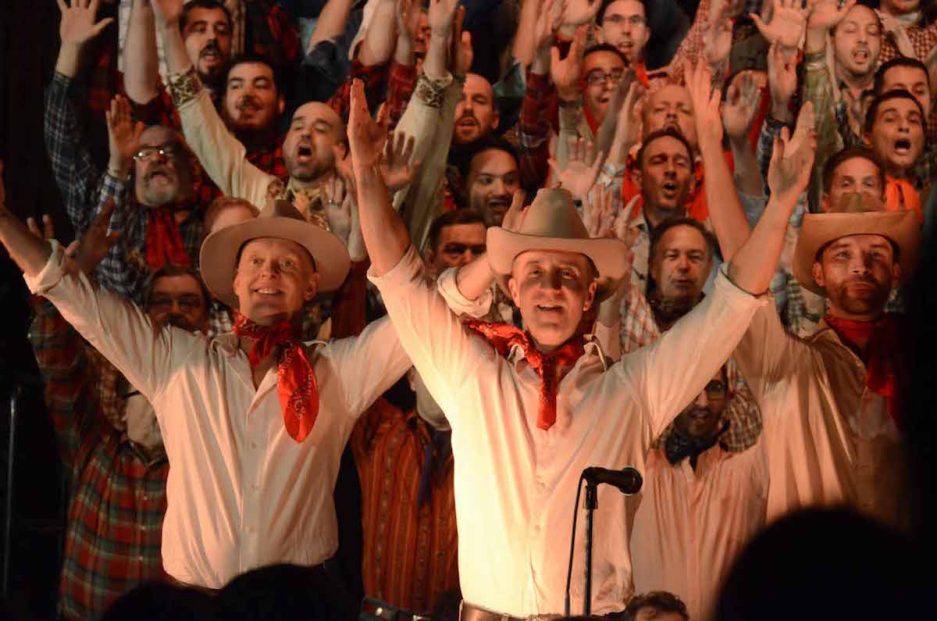 For part of the show, the songbirds were dressed in tuxedos, but in the second act they changed into their sexiest flannel shirts and kerchiefs to perform down-home country favorites like Dolly Parton’s “Hard Candy Christmas,” sung by Michael Murphy, and an acted-out “Grandma Got Run Over by a Reindeer.” (Note: No reindeer were hurt during this segment.)

In addition to the angelic voices of the guys, there were dancing boys and a live band accompanying the singers. At the event Joseph J. Buches, artistic director of PGMC, chatted about the upcoming season, which includes the very tempting “Proud Marys: A Diva Sing-Along.” You won’t want to miss it. Buy your tickets early, because these show sell out fast.