They seemed entirely unconcerned with the symbolic black corpse in their selfies. On Saturday afternoon, Juilliard theater student Lee Edward Colston and Carver High School of Engineering and Science graduate Keith Wallace, among others, staged a silent Ferguson protest at iconic LOVE Park in Philadelphia, a popular destination with tourists for photo opportunities. And with Wallace — an MFA acting student at the University of California who is home on summer break — lying on the ground portraying Michael Brown, the unarmed teen shot dead by Ferguson police, the tourists continued snapping their smiley photos.

“Keith laid on the ground motionless for an hour,” says Colston, who alternated between taking photos of the protest and holding the “Call Us By Our Names” sign seen in the above photo. (See Wallace’s artistic statement for the protest below.) “Some people were really moved and affected. Some weren’t and took photos of the body, because they just had to get their pictures at the LOVE statue. The commentary of what people were saying around us, some of it restored my faith in humanity, and some of it destroyed it.”

“There was an older white couple that wanted to take a picture in front of the LOVE statue,” recounts Colston. “The older white gentleman said, ‘Why do they have to shove their politics down our throats?’ The woman replied, ‘They’re black kids, honey. They don’t have anything better to do.'”

“There was one group of white guys who wanted to take a picture in front of the statue, but one of the guys in the group couldn’t take his eyes off of Keith’s ‘body,'” Colston says. “His friends were trying to convince him to get in the picture. He told his friends, ‘Something about this doesn’t feel right, guys. I don’t think we should.’ One of his friends replied, ‘Dude, come on … he’s already dead.’ Then they all laughed.”

Not all the interactions were so negative. “There was a Latina woman with two young boys. She held her boys’ hands and said to them, ‘I want you to see this. This is important. Never be afraid to tell the truth.'” 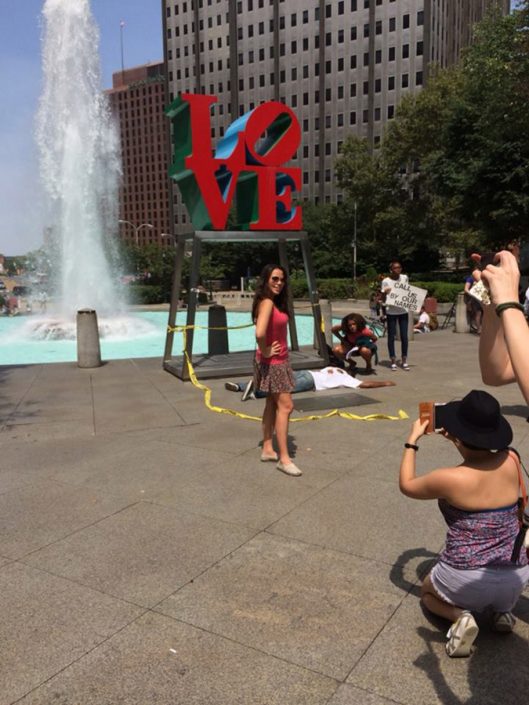 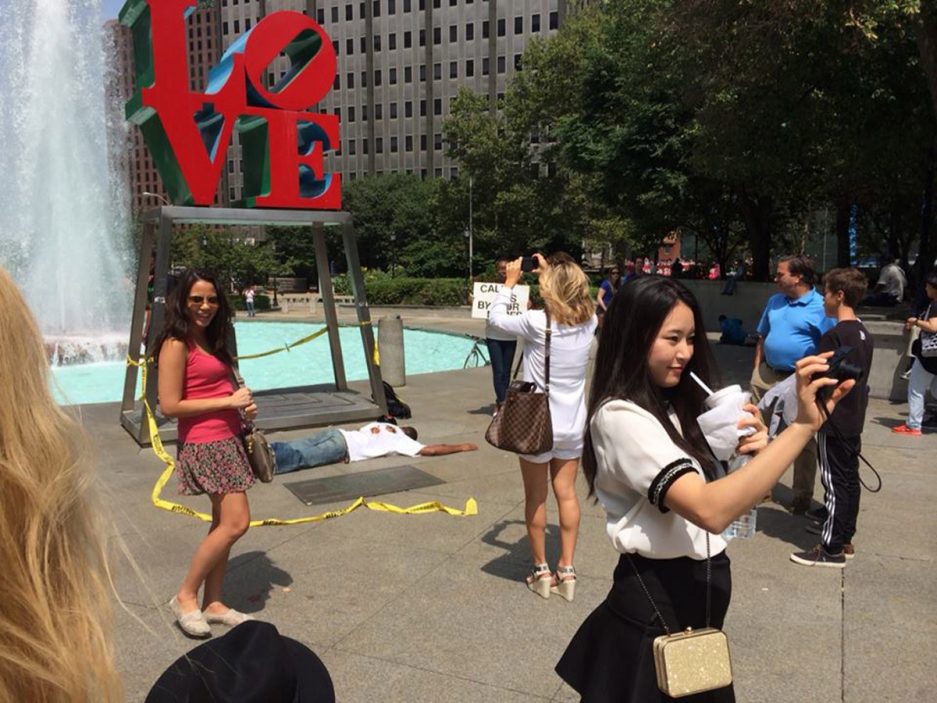 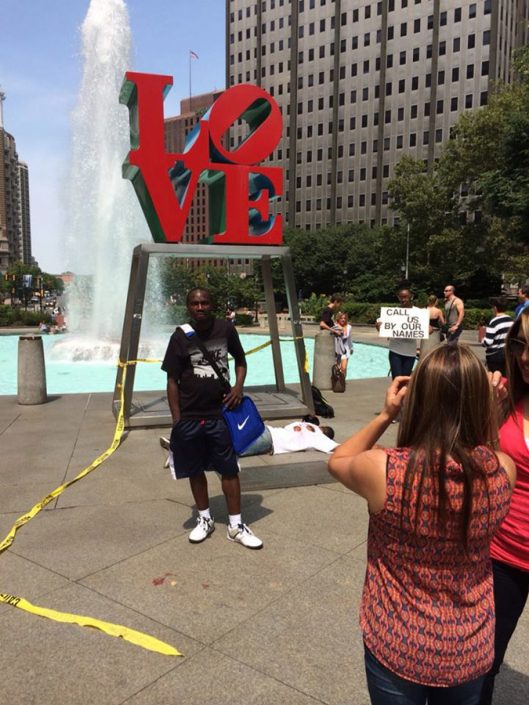 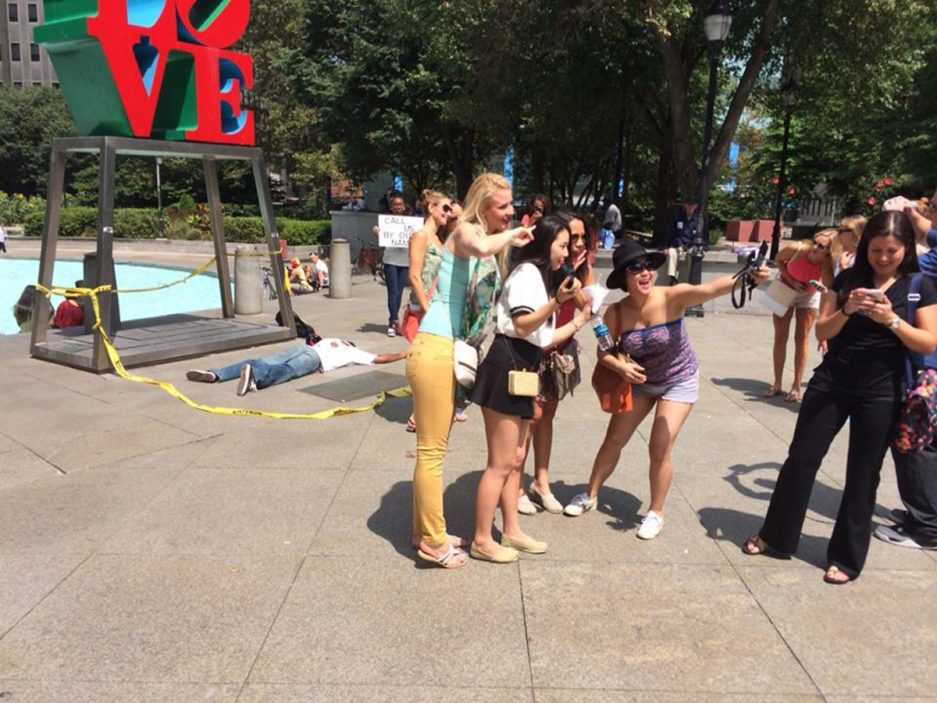 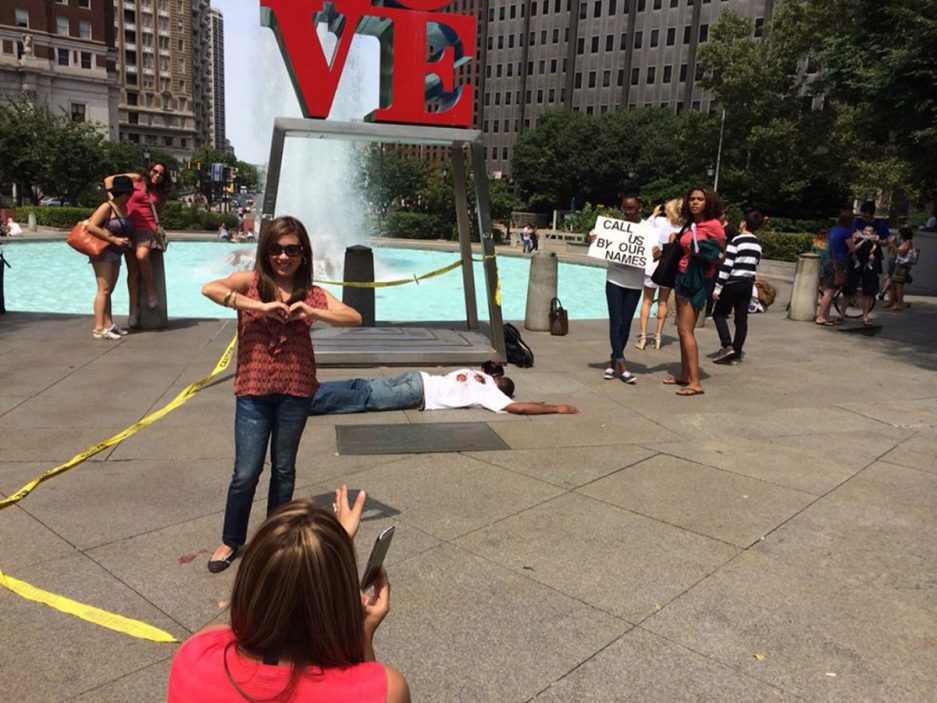 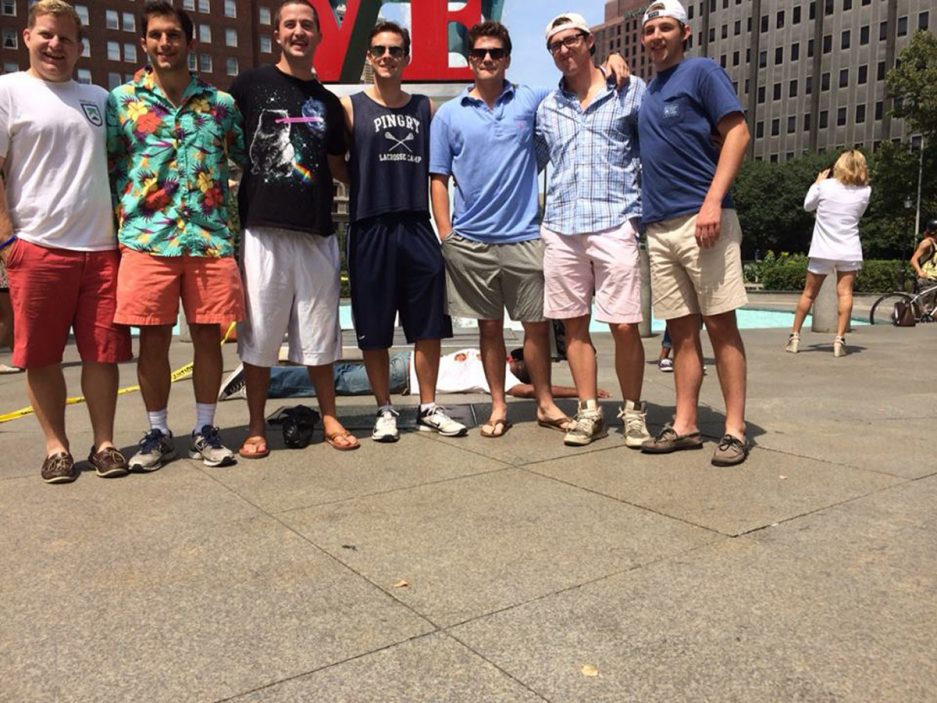 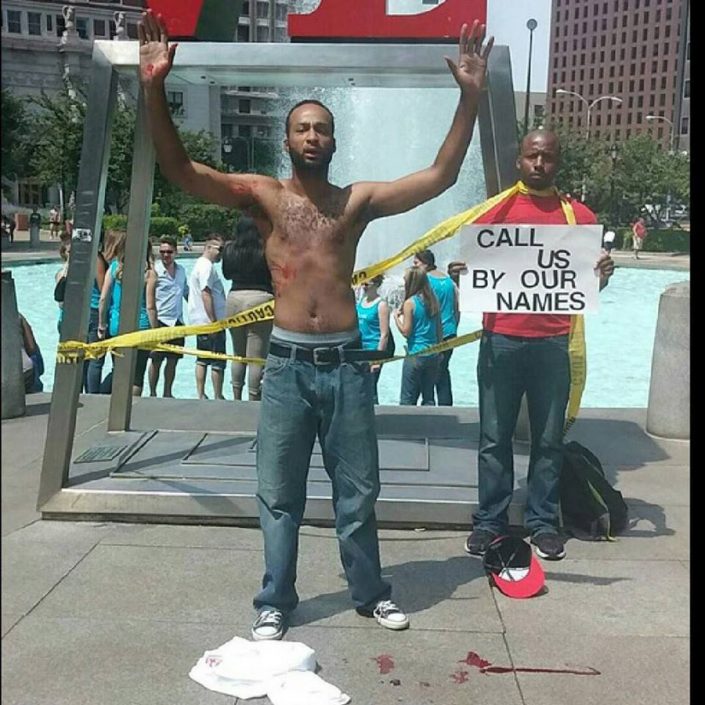 Wallace’s artistic statement for the protest: