Dispatch from the
Don Tollefson Storage Locker Auction:
Clam Sauce and Other Crap

I now own a pack of Tollefson's stirrup socks.

Last Wednesday, the above ad appeared in Philadelphia’s Metro newspaper, announcing the public sale of storage units that once belonged to former sportscaster Don Tollefson. And on Monday morning, 20 or so potential bidders and most of the news vans in town showed up to see what Tollefson had stashed away in there.

The crowd was the kind of crowd you’d expect if you ever watch Storage Wars. There was the fat white guy with the gigantic cigar. There was the black guy in the maroon velour pants, with matching silk shirt and burgundy faux crocodile shoes. There was a young Hispanic woman with painted-on-tight tight jeans.

The $600 locker was purchased by the fat white guy with the gigantic cigar, who told the auctioneer his name was “Anonymous E.T.”

And the $175 locker was purchased by a man who owns a party boat that is docked on the Delaware, near the Public Storage facility. He was kind enough to let me take a look inside.

Well, not exactly inside, because to get inside, he’d have to put on a pair of gloves and actually start emptying out the thing. (Rules stipulate that you have 48 hours to do that.) But we did poke around a little bit.

We found some blank checks belonging to Winning Ways Education out of North Carolina. We found a mostly empty jar of Progresso white clam sauce. And we found a bunch of packs of stirrup socks, one of which I now own. My wife says they’re cute.

Below, some photos from the auction. 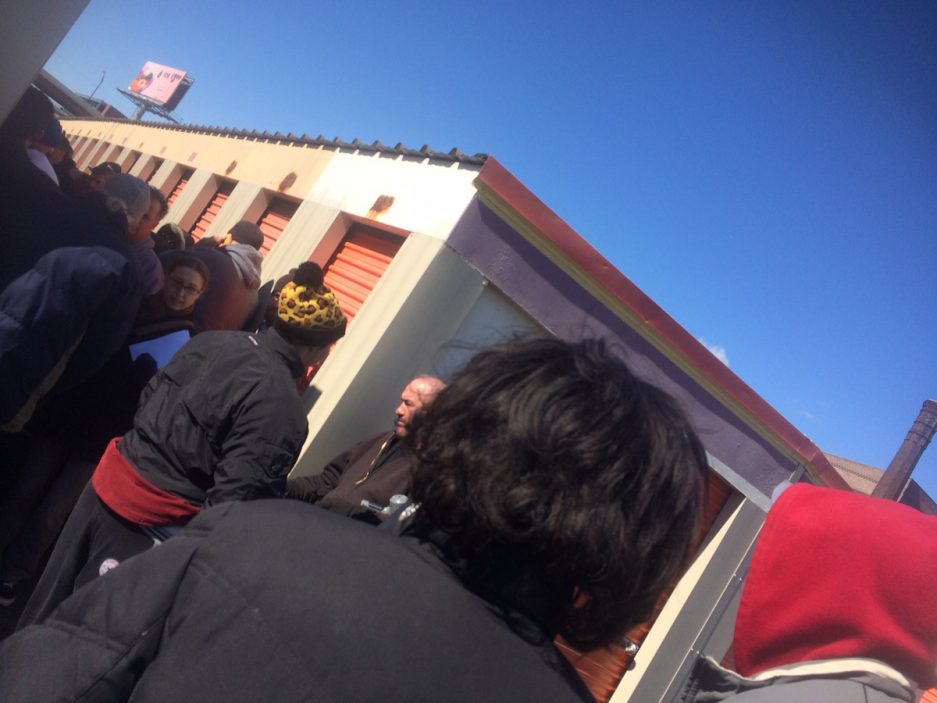 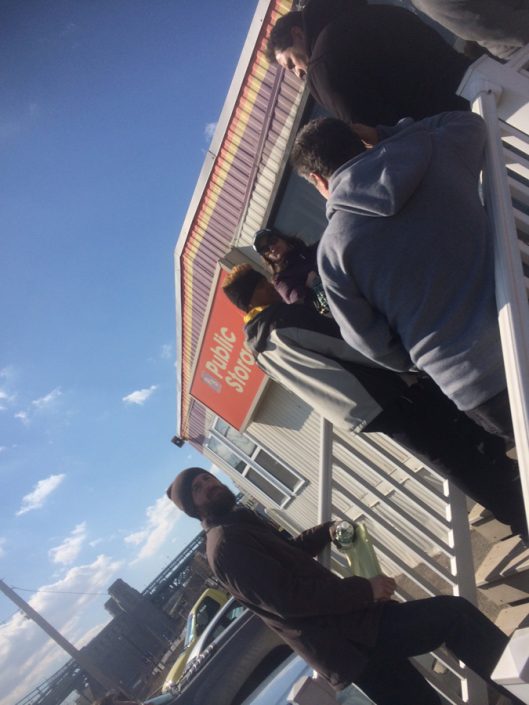 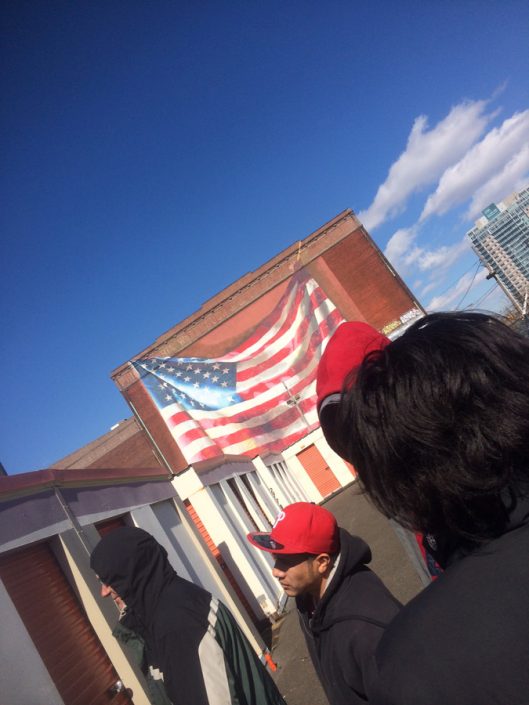 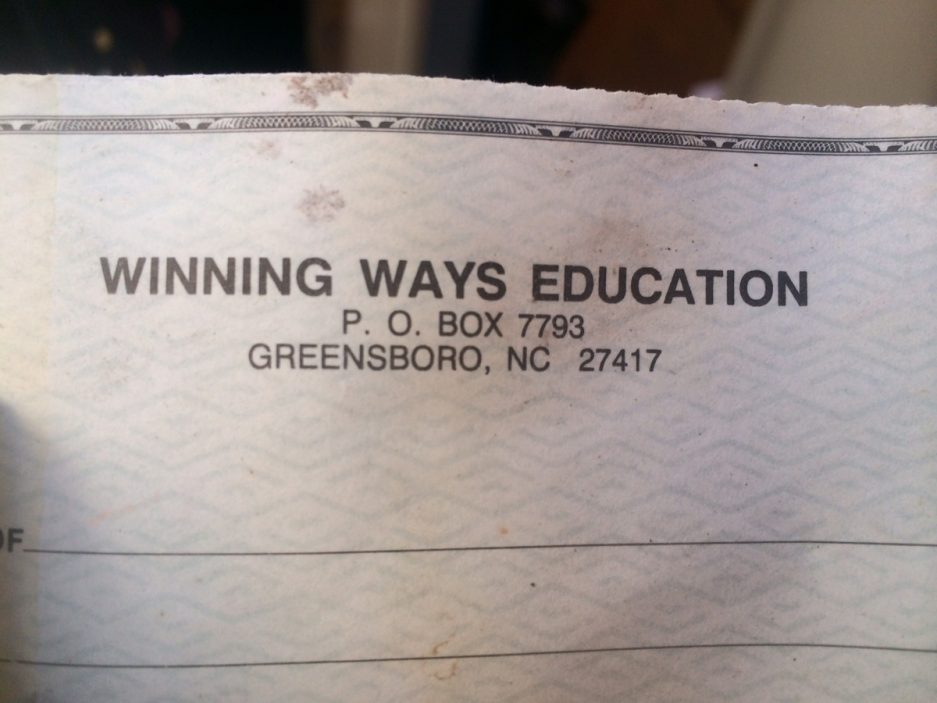 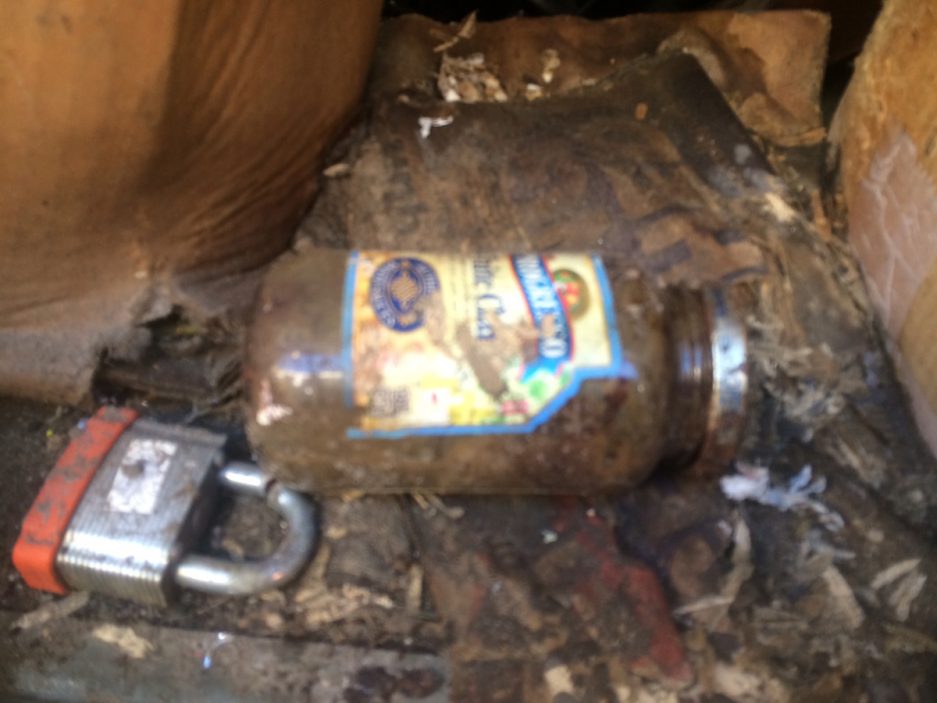 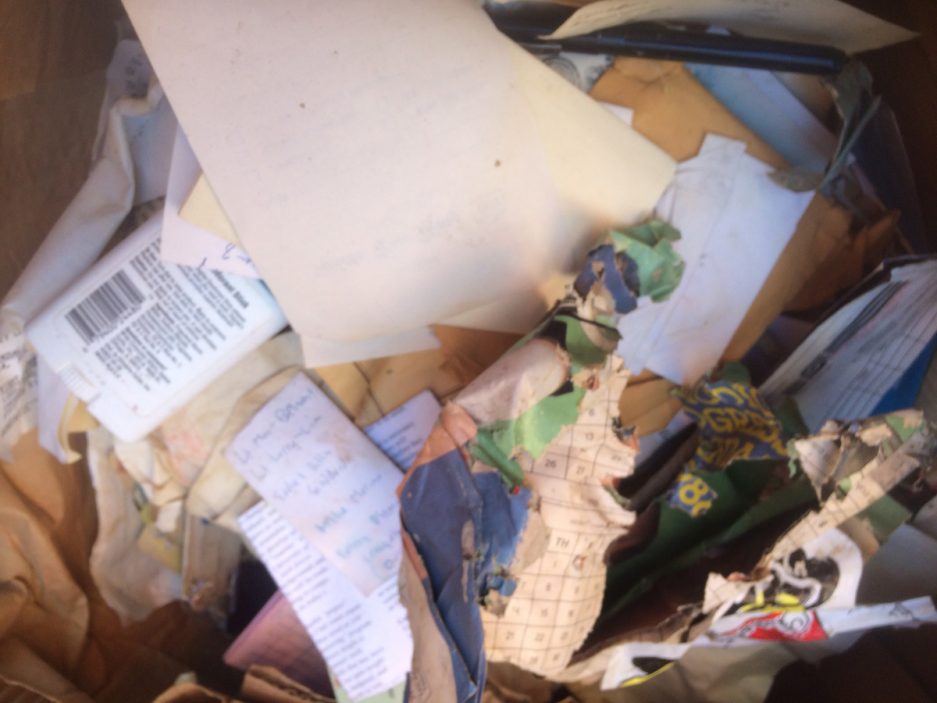 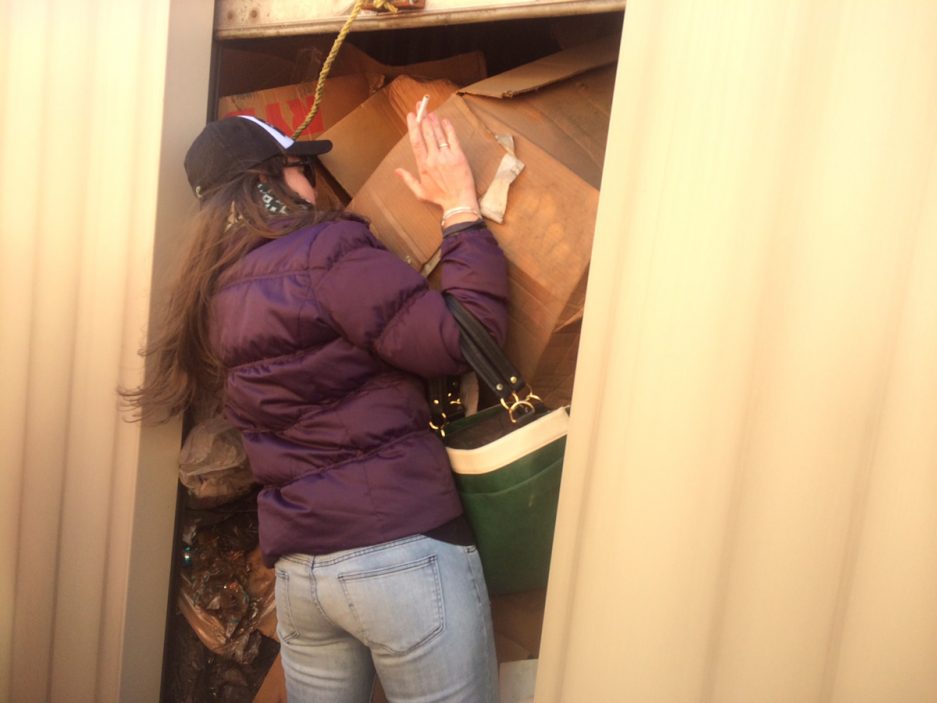 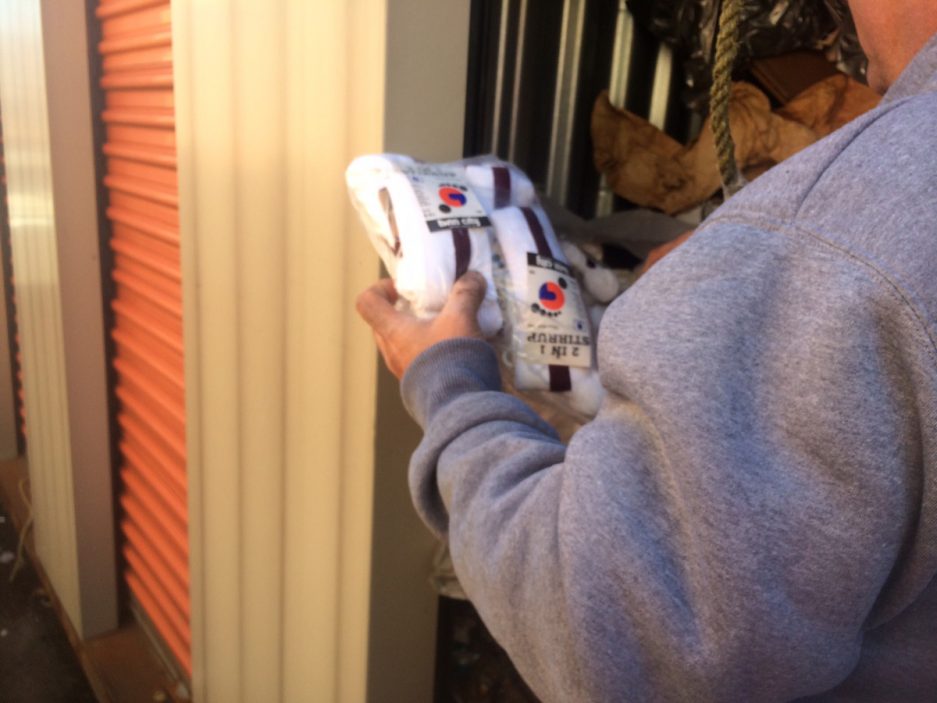 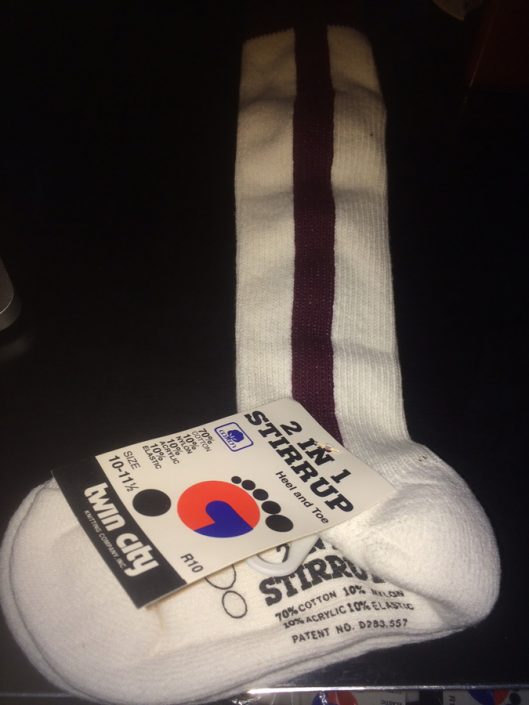