Through a partnership with the Children’s Hospital of Philadelphia, Airthinx is also bettering how we monitor and treat young children with asthma. 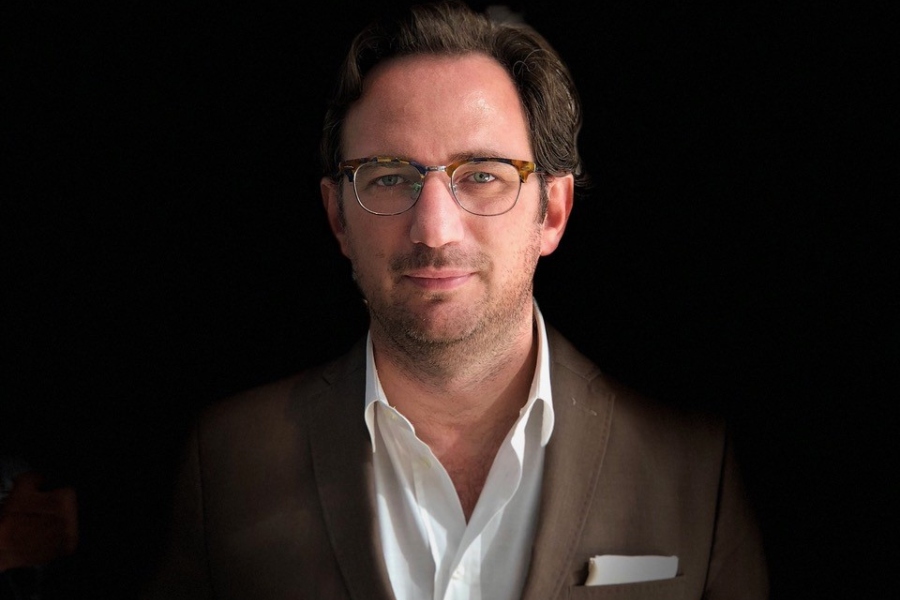 Vasileios Nasis is the chief executive officer at Airthinkx. / Courtesy

Who: When Vasileios Nasis decided to launch Airthinx in 2017, he had one goal in mind: to create products that would help people see the invisible dust, fungi, bacteria, pollen, diesel exhaust and other air particles that negatively affect health.

“The air we breathe is really the third dimension of health and wellness. For the past 20 plus years, we’ve been educated about what to eat and how to exercise, but we have not really been educated about the air we breathe,” Nasis told NextHealth PHL. “The negative effects of air quality is a well-studied topic, yet what to do about it and how to measure it is still not well known.”

Located on Grays Ferry Avenue, Airthinx is the first company to spin out of Netronix Ventures, an accelerator focused on helping companies create new products that maximize the power and connectivity of the Internet of Things (IoT) to transform the way devices collect and share data.

What: Airthinx’s flagship product is the Airthinx Indoor Air Quality (IAQ) monitor. The device has sensors that monitor and measure the particulate matter (dust and pollen), gas (compounds and carcinogens) and general environmental conditions, like temperature and humidity in any room. Once mounted to a wall, the device is connected to the cloud, allowing users to access their air quality data on a customizable Airthinx console dashboard from anywhere, directly through the web.

With the airthinx IAQ device or app, users can see an air quality score that is presented as a color-coded circle to indicate the quality of the air. 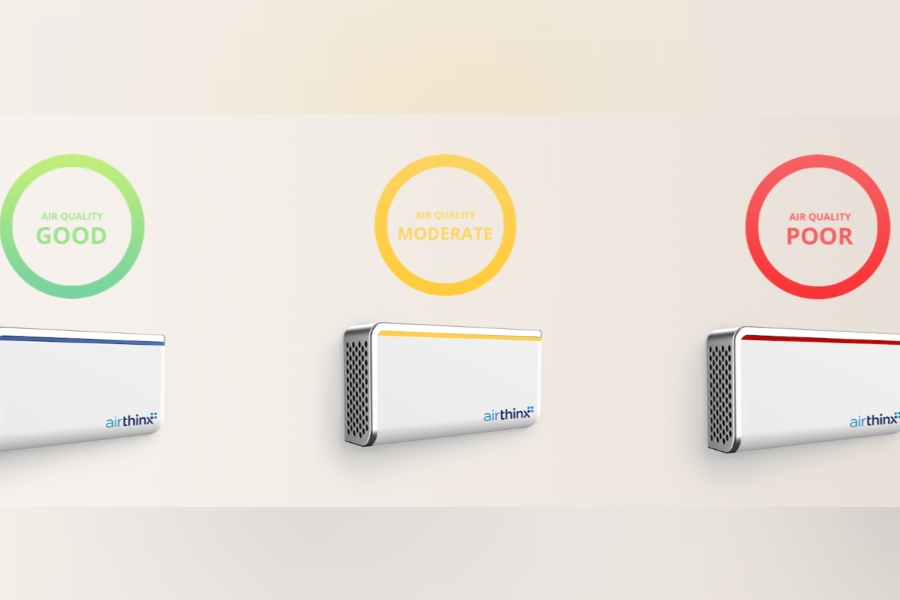 Using the airthinx IAQ device or the app, users can see an air quality score that is presented as a color-coded circle to indicate the quality of the air. / Courtesy

When: In 2018, Airthinx joined the Children’s Hospital of Philadelphia’s (CHOP) Community Asthma Prevention Program Plus (CAPP+) Home Repairs Program. The program is designed to address the impact of unhealthy housing conditions on pediatric asthma outcomes in West Philadelphia neighborhoods where one in every four kids lives with asthma.

Through the pilot program, CHOP will place Airthinx IAQ monitors in the homes of patients who have had the most frequent asthma-related visits to the hospital. Based on the Airthinx monitor readings, CHOP then determines the conditions in the home that need to change, like old carpet or paint, to improve the overall air quality.

The program also provides qualifying households with funding toward housing upgrades to resolve underlying factors that cause asthma flare-ups. CHOP anticipates that the Community Asthma Prevention Program’s asthma-education combined with home repairs may result in up to a 50 percent decrease in asthma-related hospitalizations for child participants.

“Airthinx helps them identify the triggers and the program helps to fix those triggers,” Nasis said. “It’s a win-win for everyone, for the kid that doesn’t have to get dragged to the ER and for the hospital since it minimizes expenses.”

Nasis says Airthinx is exploring the possibility of launching similar programs with NYU and Johns Hopkins.

In 2019, Airthinx landed a partnership with Sterling & Wilson, one of the largest HVAC solutions companies in India. According to Nasis, Sterling & Wilson plans to use Airthinx monitors throughout its facilities to ensure the company’s buildings meet LEED (Leadership in Energy and Environmental Design) and other design quality certification standards.

In 2020, Nasis said the company will release a new product that will try to address the issue of drowsy driving as it relates to high levels of carbon trioxide found inside most cars.

Why: Asthma is a costly chronic condition. According to the CDC, asthma patients spend roughly $3,266 per year on asthma-related expenses, including doctor’s office and hospital admissions ($1450), missed work and school days, prescription medication ($1,830) and deaths related to the chronic respiratory condition. In 2015 alone, CHOP recorded more than 3,100 asthma-related emergency room admissions and 1,300 asthma-related hospitalizations.

What It Means: Monitoring air quality in real-time enables asthma patients to identify asthma triggers before they happen, avoiding the onset of an asthma attack and saving families on their medical expenses. Collaborations between businesses like Airthinx and hospitals like CHOP could lead to improved outcomes for patients with asthma and present endless opportunities for inventing new approaches to treating chronic conditions.