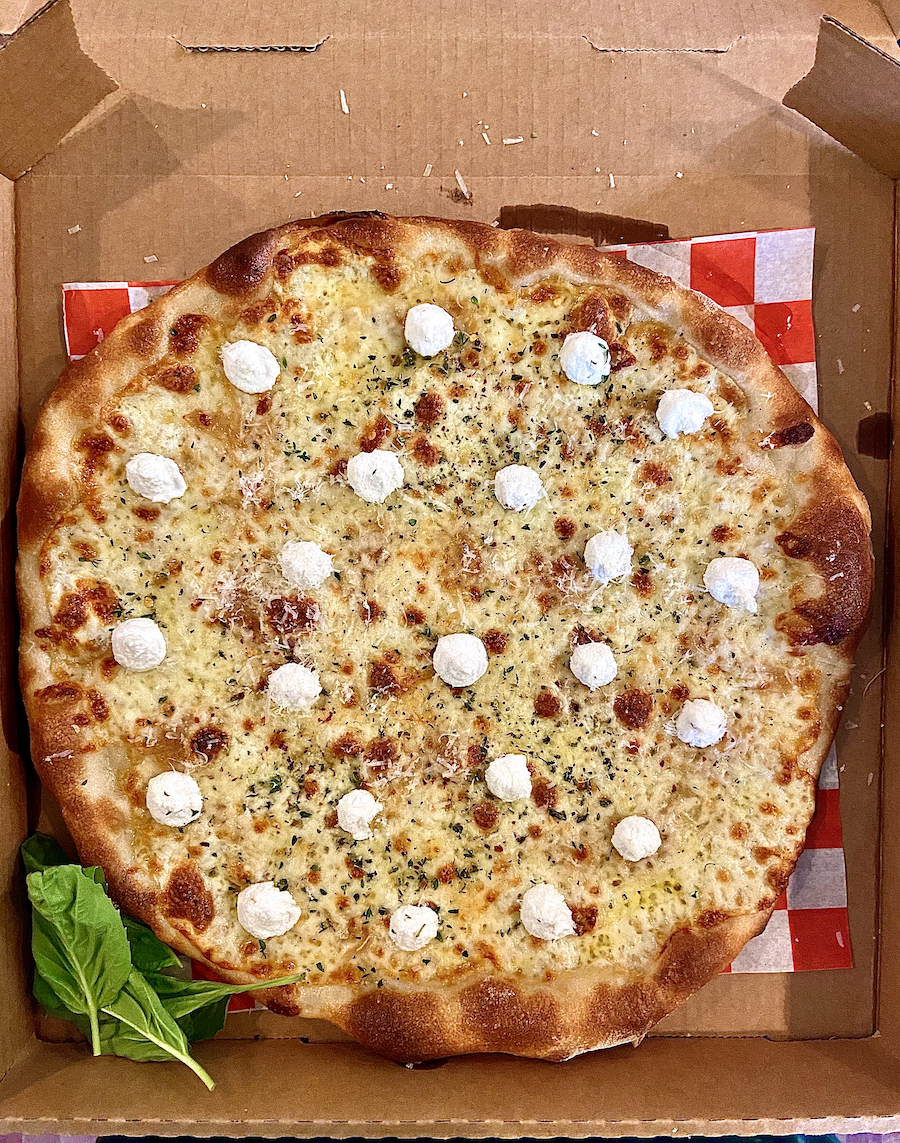 Here’s what the Foobooz team is eating now — and suggests you eat this weekend.

It’s happening again. There’s another technically-illegal pizza operation doing God’s work in South Philly, and I have two things to say about it.

Michael Gauger (ex of Pizzeria Beddia and Barbuzzo) and Steven Seibel (who ran the Broad Street Ministry kitchen for a few years) are the two minds behind Parma Jawn Pizza, a concept, like all new food concepts these days, conceived in reaction (retaliation?) to the pandemic. And the whole thing works just like every other illegal pizza operation we’ve seen pop-up in this city, going back to the early days of Pizza Gutt: You follow @parmajawnpizza on Instagram, they’ll announce their next pop-up and when reservations go live, you don’t put down your phone until you make the reservation (they sell out regularly, and are currently sold out till their next pop-up), and you pick up your pies from a designated location, be it the rowhouse they’re baking out of in Point Breeze, or a restaurant kitchen somewhere around town, depending on if/when/where they can establish a residency.

Right now, they’re making pizzas out of an old home oven — and somehow achieving a spectacularly bubbly crust. (“It’s a whole thing,” says Seibel.) I’m specifically calling out the white pie because it balances sweet and savory like a goddamn olympian (sweet from the onions blanched in garlic oil and dollops of ricotta whipped with local honey; savory from the finishing salt and red pepper flakes), but the red plain pie is as good as there ever was in this city.

Simply, the pizza rocks. And you should eat their pizza while they’re still on their quest for “legitimacy” because, honestly, it’s more fun this way.

Foobooz just made a little guide to Mexican restaurants that live outside the taqueria-sphere, and Casa Mexico — a restaurant that does things like cod vizcaina and pork ribs in pasilla sauce — is on that guide for good reason. But hey, they do tacos, too, and my fried shrimp tacos were excellent: Crispy, spicy, pretty with the pomegranate seeds scattered on top, and the tortillas are homemade. They’re a serious value, too: four tacos for $15. Call 267-470-1464 to order

I think calling this a burger is insane, but it’s on the menu as “Chickpea Veggie Burger,” so we just have to accept it, I guess. It’s really a falafel sandwich, except that the pita is naan, and it’s stuffed with pickled beets, whipped feta spread, stoneground mustard sauce, red onion, tomatoes and Bulgarian feta. And while all those ingredients seem … random at best (naan? mustard?!), they work pretty well together, creating this strangely tasty empty-the-fridge-out kind of sandwich experience. And because it’s a bar, you can order beer, wine and cocktails with your sandwich, too! What a world. Order it on Caviar