All the Places to Eat Great Mac ’n’ Cheese in Philadelphia

We're never not craving this creamy, cheesy comfort food. Here's where to get the best in the city. 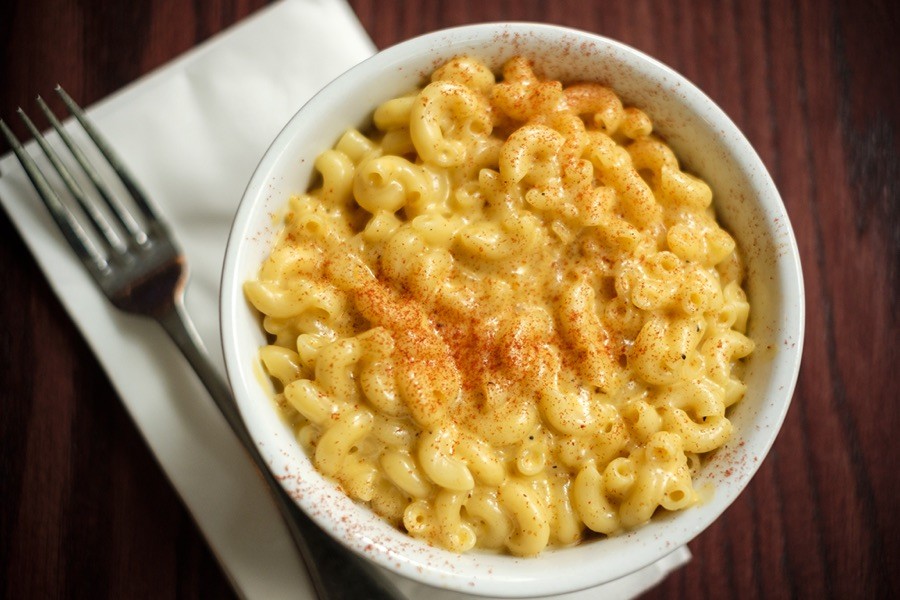 As the weather cools, there’s not much that’s more appealing than a warm vat of macaroni and cheese, especially if you’re stuck at home. If you’re dining outdoors in the cool fall evenings, a side of macaroni and cheese is a good idea – it will keep itself and yourself warm for quite a while. Whether you’re a devotee of crispy-topped, soul food-style baked mac ‘n’ cheese or you love the saucy, creamy stovetop version, Philly makes a mac for you. Here are some of our favorites, from simple, comforting versions to takes tricked out with lobster and fancy cheese.

Zig Zag Barbecue, Fishtown
You might not have thought that you wanted Flamin’ Hot Cheeto dust on top of your queso macaroni and cheese, but you were wrong. You definitely do want that.

The Lucky Well, Spring Garden
Chad Rosenthal’s barbecue spot finally came to the city, and with it came the crushed Cheez-it-topped bowls of macaroni and cheese that go alongside your slow-smoked meats.

Parc, Rittenhouse
Parc was one of the first spots to reopen, and their macaroni au gratin returned with it. I would very happily sit at one of their tables right now, look out over the park, and crush a bottle of wine and big bowl of that mornay-sauced cavatelli. 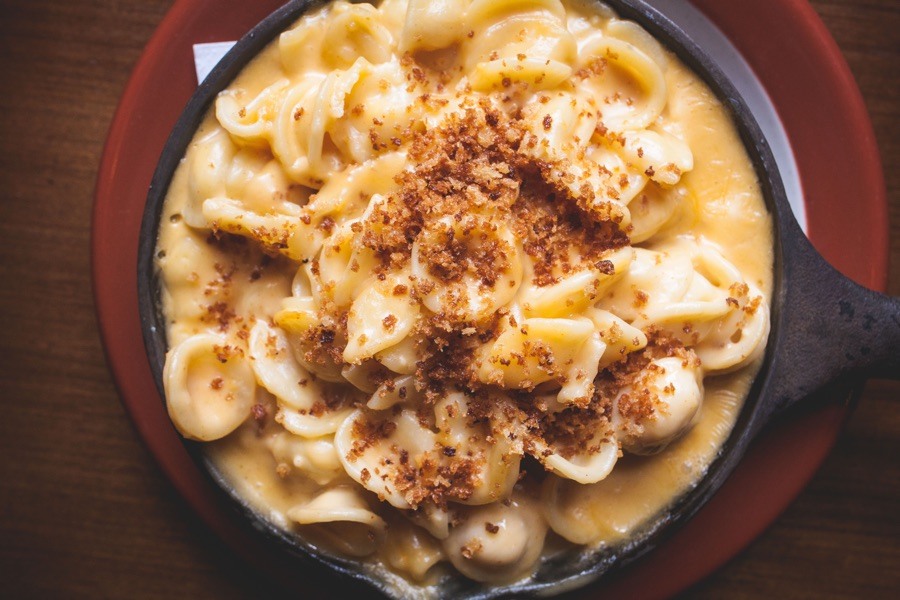 Miss Tootsie’s, South Street
The creamy, crisp-topped baked mac at this iconic soul food spot — listed on their menu as “Cheesy Cheese Mac ‘n’ Cheese — might just be our favorite in the city. And yeah, the name is accurate.

Mac Mart, Rittenhouse
Want your mac overloaded with toppings from pesto to Buffalo chicken to potato chips and Panko breadcrumbs and served to you in a charming plastic tub? This always-packed spot is the place to get it.

Mike’s BBQ, East Passyunk
The smoked Gouda mac ‘n’ cheese on the sides menu at Mike’s is a solid choice to accompany your smoked meats no matter what. But it’s truly transcendent when formed into a ball around a hunk of pulled pork, battered in breadcrumbs, and deep fried — so be sure to ask about their specials.

ShopRite, Just about everywhere
Nearly every Brown’s ShopRite in Philly (with the exception of the Haverford and Oregon Avenue stores) has an expansive hot bar with surprisingly delicious soul food fare — and their baked mac ‘n’ cheese is really, really good. Don’t forget the hot sauce packets. 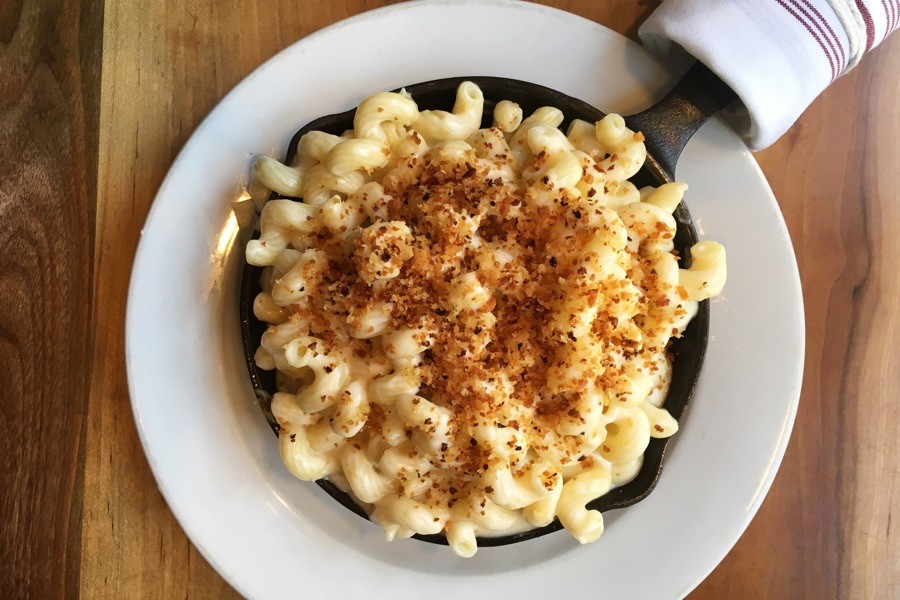 Twisted Tail, Society Hill
Twisted (get it?) cavatappi and lots of crawfish get smothered in cheddar sauce and topped with breadcrumbs — the perfect thing to go along with a nice glass of whiskey.

Good Dog, Center City
The downtown gastropub serves a saucy, stovetop-style mac made with a three-cheese blend (that’s colby, Swiss, and cheddar) with a little kick from paprika. 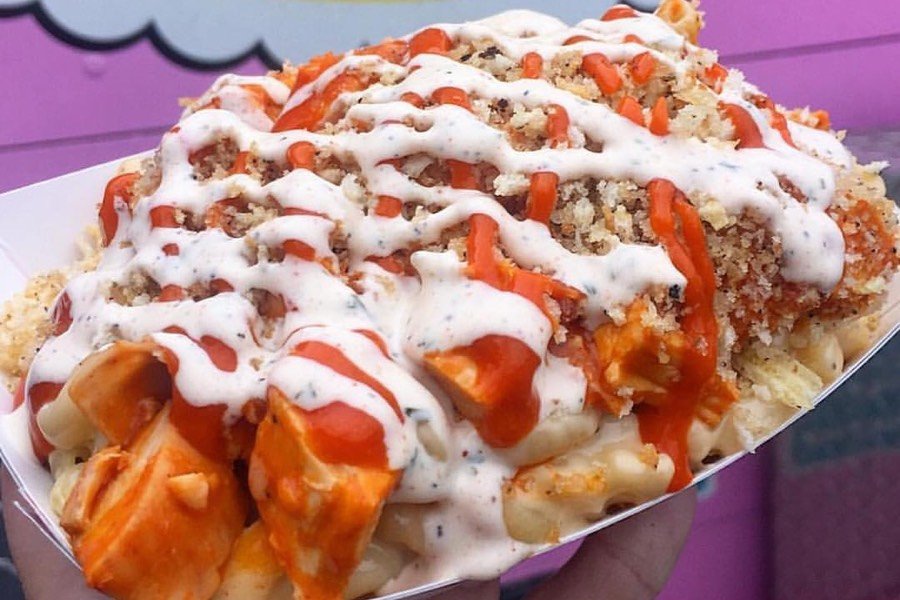 Memphis Taproom, Kensington
Their roasted cauliflower mac ‘n’ cheese is a callback to a British version that combines cauliflower instead of noodles with creamy bechamel and lots of cheese. Here you get the best of both worlds, flavored with aged cheddar and topped with garlicky breadcrumbs.

Time, Midtown Village
Grab a seat at the bar to snag an order of Time’s surf and turf-style mac, made with a blend of fontina for meltability and white cheddar for flavor and then topped with house-smoked bacon and crabmeat. 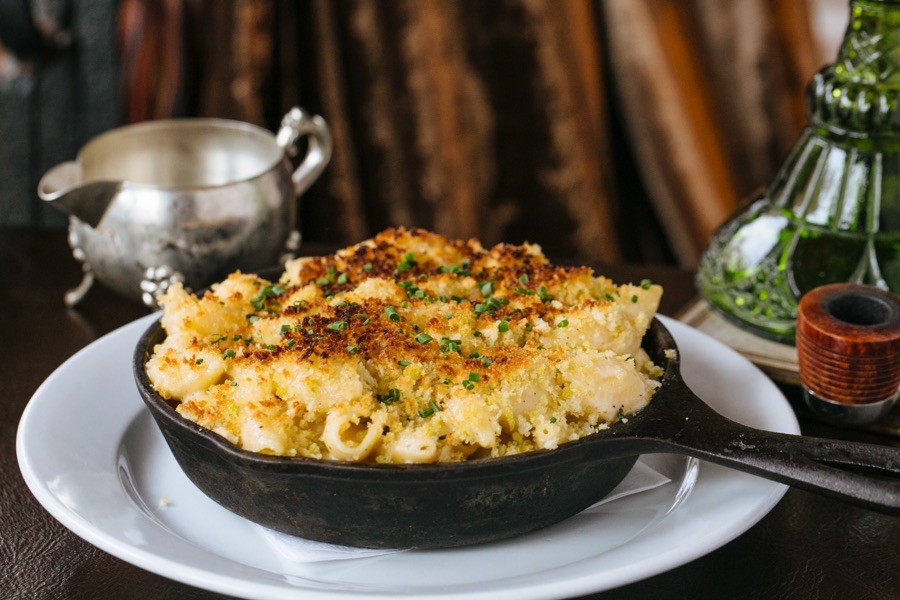 Rex 1516, Graduate Hospital
The Southern-inflected spot combines elements of stovetop and baked mac methods to give you the best of both: shells are blended with a Cooper sharp-cream cheese blend, then topped with jalapeño breadcrumbs and baked. And yes, you should absolutely take them up on that optional side of pulled pork.

Khyber Pass Pub, Old City
The Southern-fried gastropub makes a mean baked mac ‘n’ cheese. It’s only on their sides menu, but that just makes it more okay to add it alongside your burger or fried green tomato BLT.

South Philly Taproom, Newbold
Get a bowl of pure, creamy comfort to go along with your beer. It comes with fried onions, but you can dress it up as much as you want with pickled jalapeño and bacon, too.