From funky sours to classic lagers, these are some of our favorite Philadelphia breweries offering takeout, delivery, outdoor seating, or all three. 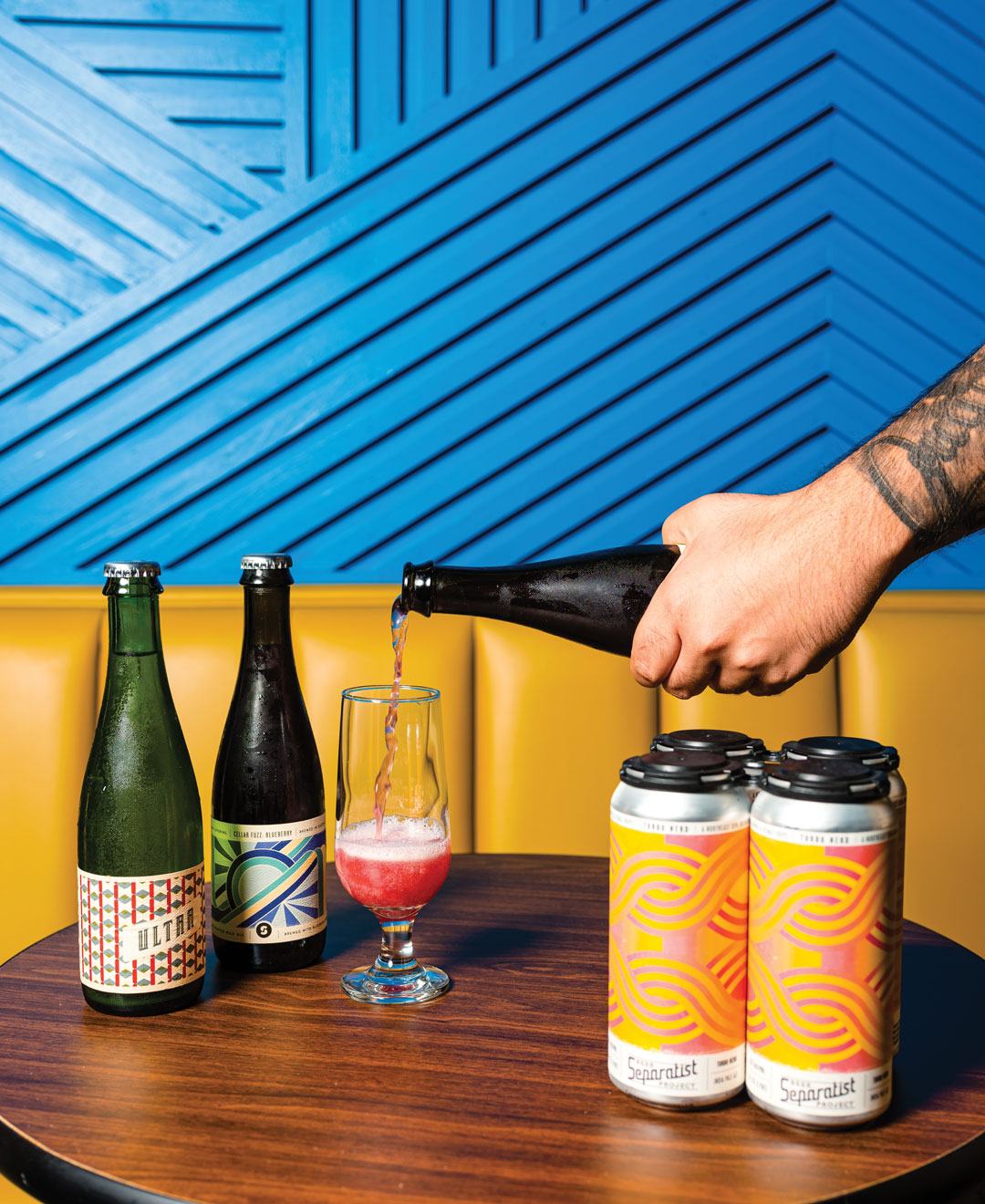 Whether you’re into sours, funky-coferments, deep dark stouts, or classic pilsners, these breweries are the spots you should punch into your GPS and visit from anywhere in the region.

Separatist Beer Project, multiple locations
You could go to Separatist’s airy tasting room in East Passyunk, drink a Classic Cream (their American cream ale) and have a perfectly lovely time. But for the true Separatist experience, order one (or two, or three) of their limited-release, champagne-bottled Blendery beers, and see where brewer Joseph Fay’s funky, fermented brain takes you. It’s sure to be weird, wild, and delicious (which is why we named it one of our best bars in 2019). Outdoor seating + takeout/delivery

Tired Hands Brewing Company, multiple locations
If you’re looking for the cred of visiting the coolest brewery in Philadelphia, we’ll make it easy for you: go here. Tired Hands is a nationally recognized name, known for their milkshake IPAs and super-limited edition drops coveted by beer nerds across the country. Visit their location in Ardmore, called the Fermentaria, or head to St. Oner’s in Fishtown, a sort of Chinese-fusion restaurant and beer/natural wine bar/technicolor fever dream. Takeout/delivery only

Triple Bottom Brewery, Spring Garden
Triple Bottom Brewery is named for its triple bottom line philosophy: It was founded in 2019 with an equal commitment to the beer, the people, and the planet. In practice, that means they partner with organizations like Project HOME, Mural Arts, and the Youth Sentencing and Reentry Project to hire people with barriers to employment, and they use wind power renewable energy credits to offset their environmental impact. The beer is hardly an afterthought — their head brewer, Kyle Carney, worked at the famed Stone Brewing Company in California before settling in Philly to run Triple Bottom’s program. Outdoor seating + takeout/delivery

Fermentery Form, Kensington
Fermentery Form is all about sours. In an unsuspecting industrial space in a random alley of Kensington, marked only by a single neon green lightbulb, Ethan Tripp, Scott Hatch and Matt Stone brew and ferment their beers to peculiar perfection that will have you craving just one more – if you can find them at all. The space is open basically whenever they feel like it, so follow them on Instagram for the latest updates. Takeout only

Evil Genius, multiple locations
Evil Genius’s latest collaboration is one for the books: they were selected out of 8,000 breweries across the country to partner with with Miller High Life (the champagne of beers) to brew up the mimosa of beers, an orange IPA called Brunch So Hard. Pick it up at one of the winter pop-up locations across the city or order it in person at their beer garden in Fishtown. Outdoor seating + takeout/delivery

Dock Street Brewery, multiple locations
There’s certainly an argument to be made that craft breweries have gotten a little out of hand. If all the funky fermentations, double IPAs, and over-the-top brewing styles leave you cold, head to Dock Street’s West Philly cafe, where you can drink well-made, familiar styles of beer from Philly’s first craft brewery. It’s a classic for a reason. Outdoor seating + takeout/delivery