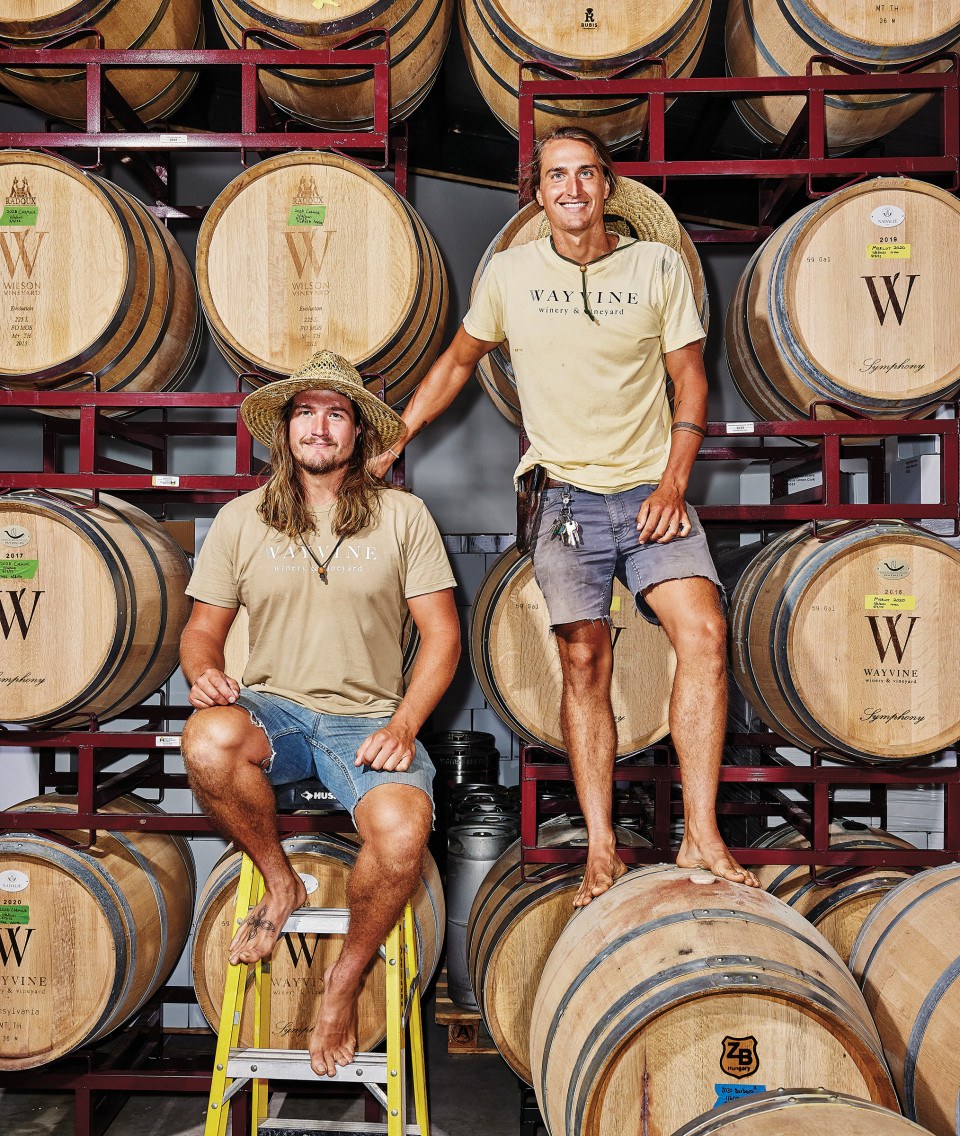 Chat with brothers Zachary and James Wilson, and they’ll say they’re “just farmers.” Sure, they’re the co-owners, winemakers and vineyard managers of their Chester County winery, but they’re humble. “Our philosophy is to focus on the farming aspect — growing the grapes,” says Zachary.

It all began in 2010, on their family’s dairy farm in Nottingham. “My dad mentioned turning it into a vineyard,” says Zachary, who was 19 at the time and attending Penn State for business. He went to a grape-growing seminar, then ordered four acres of grapevines. He made his first batch of wine when he was barely old enough to legally drink. “We’ve been learning as we go,” he says.

It’s taken a lot of trial, error and experience. The brothers don’t have formal wine educations, but they have a knack for, well, farming grapes. Their 200-acre farm features elevated hills on a slope, where their vines are planted. (They have 18 acres of grapes.) “Our soil is on the vigorous side because this was an organic cow farm,” says Zachary. While most crops like fertile soil, grapevines need to be stressed, with drier conditions. The Wilsons’ style is Old World and low-intervention, with minimal manipulation in the cellar. “We’re really tasting the terroir coming through in our wines,” Zachary notes.

Take the merlot. It has more acidic qualities than the softer variations from California. As for that trial and error? During Wayvine’s first harvest, about 100 vines that Zachary thought were chardonnay ripened into red grapes. “I was pretty upset,” he says. “But we made wine out of them, and it still might be one of my best batches.” They later learned the grape was carmine, a cross between carignan, cabernet sauvignon and merlot. It’s rich and inky but silky-smooth, great for blending — and a staple here.

Wayvine has 13 red and white varieties that create 20 wines (straight pinot grigio and riesling, for example); blends; and a line of pét-nat, a sparkling iteration that’s bottled while undergoing fermentation. About 50,000 bottles total are produced per year in the dairy barn turned winery and tasting room that the brothers rebuilt themselves.

In September, they opened Tulip Pasta + Wine Bar in Fishtown, with chefs Jason Cichonski and Alexander Beninato. Naturally, Wayvine’s estate wines are on the menu. “It’s an opportunity for us to bring our farm into an urban atmosphere,” says James, “the heartbeat of Philly.”

Published as “Meet the Makers: Wayvine Winery & Vineyard” in the October 2022 issue of Philadelphia magazine.