This Black-owned winery is blazing new trails in Pennsylvania. 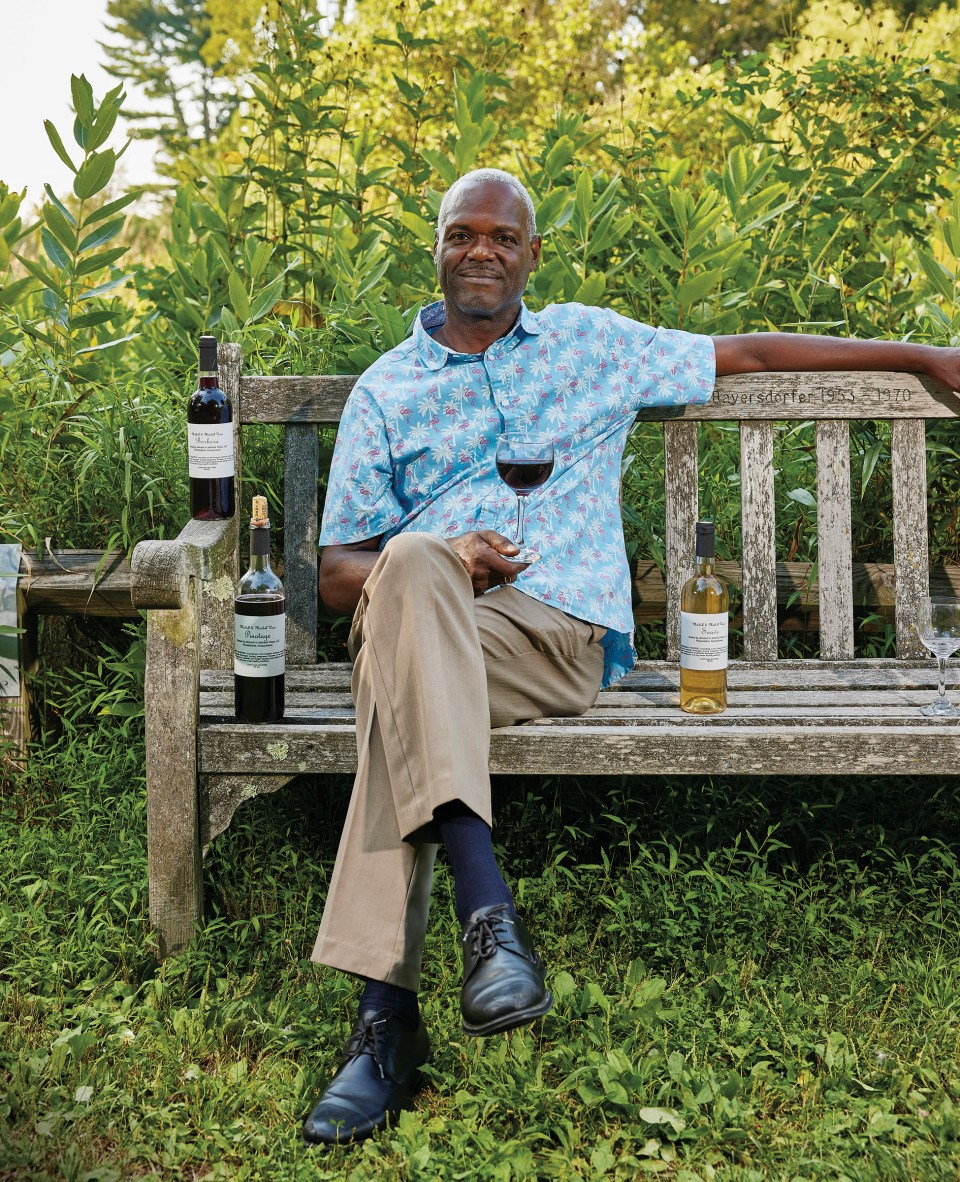 Necessity is the parent of invention — at least for this West Philly-based operation from husband-and-wife team Frank and Kenya Mitchell. The pair, a former restaurant manager and pastry chef, respectively, started making wine for their themed dinner parties. They’d pick a country and serve only products of that place, right down to the wine.

Frank says he’s struggled to find what he considers good wine at Pennsylvania state stores: “But we were pushed even harder to find wine from these countries as well.”

The Wine to Try: Barbera

So they started making wine. It’s been 10 years, and their hobby has become their business. They operate an Elkins Park tasting room and a production facility near St. Joe’s. While they don’t have formal wine educations, their culinary backgrounds gave them the expertise to tweak recipes for their own spin. “We’re selling every drop, so we didn’t want to take classes or be influenced by what other people are doing,” says Frank.

They import grapes from famed regions like the Italian Alps, Tuscany, South Africa, and California’s Sonoma Valley, buying fruit that some mass producers, like Chilean wine conglomerate Viña Concha y Toro, choose to sell to smaller operations. And they stick to their signatures: amarone from Italy, made from raisins; pinotage from South Africa, a cross-pollination between cinsault and pinot noir; and carménère, from Chile.

Are Pennsylvania grapes on their list? No. “I’m a native Philadelphian,” says Frank. “Nobody makes cheesesteaks like us. But this isn’t wine country.”

It’s a controversial opinion, but the Mitchells would rather make great wine sourced globally. (Frank does praise Chaddsford Winery for its consistency.) “We’ve been told we’re not local enough,” Frank says, “but we simply want to appeal to people who want good wine.”

Mitchell & Mitchell delivers about 10,000 gallons per year, but the couple is hoping to expand to a larger facility to double or triple production. Their clientele is as diverse as their portfolio, notes Frank: “We sell Italian wine to the Italians in South Philadelphia. We’re an African American-owned winery, and that should speak volumes to the quality of our wine.”

Published as “Meet the Makers: Mitchell & Mitchell Wines” in the October 2022 issue of Philadelphia magazine.