Little Fish Is Back Open, This Time With Its Own Rules

The acclaimed Queen Village seafood spot has a new menu and an unprecedented weekday-only schedule. 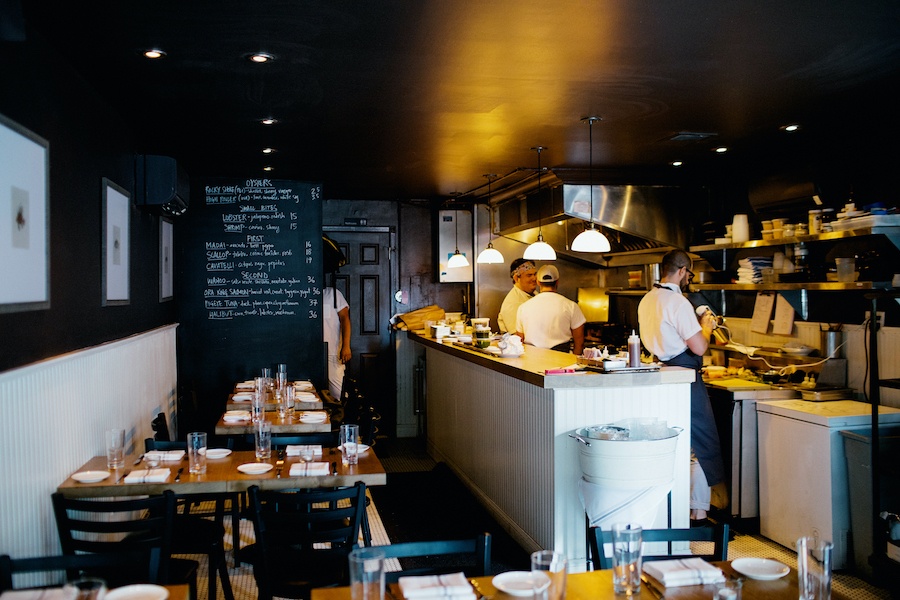 Alex Yoon doesn’t really want to talk about COVID. He doesn’t want to harp on sending his staff home in March of 2020 or December 2021, for that matter. He won’t glamorize the pivot to serving $15 bento boxes or $3 fried chicken sandwiches as a moment of takeout triumph and pandemic ingenuity. He doesn’t actually want to hear you say you’re sorry that he broke his back after falling off a ladder while building Little Fish’s outdoor dining structure. Regardless of how sorry you might truly be.

More pressing for Yoon — the Philly-born chef who took over Little Fish in 2016 — is what’s next. What’s next for his acclaimed seafood restaurant in Queen Village that’s been open since the 1990s, the employees who work there, and the Philadelphia dining scene he grew up on? Listen to him talk about Little Fish’s reopening and you’ll get a sense of Yoon’s unflinching forward motion. As of last Thursday, April 14th, Little Fish is back in business, this time with a new menu and its own rules about who a business takes care of.

Much of Little Fish’s original focus remains: The team still spends time sourcing seafood and conceptualizing high-labor, high-reward dishes. But there’s no $135 four-course tasting, like there was before the pandemic. The new Little Fish is a completely a la carte operation.

Octopus, for example, is grilled and served with Chinese-style hot mustard vinaigrette and seasonal vegetables as a nod to the stuff Yoon ate as a kid in Olney. Artichoke hearts are served with saffron aioli and brown Cantabrian anchovies. The team at Little Fish is cleaning the artichokes themselves, certainly not because it takes less time than buying prepped ingredients, but because it tastes better that way. And for anyone who was worried about whether the old BYOB policy is still kicking, have no fear.

Beyond the food, Yoon is changing up his operational outlook at Little Fish. “I decided that this was a good time to restructure a lot of things that I had issues with,” Yoon says of the reopening. “If I’m going to be here every day, and same thing with my staff, then let’s have a good schedule.” The team, which currently consists of Yoon and two cooks, now runs Little Fish dinner service from Monday through Friday. On weekends, the restaurant closes down to give all the staff time off. 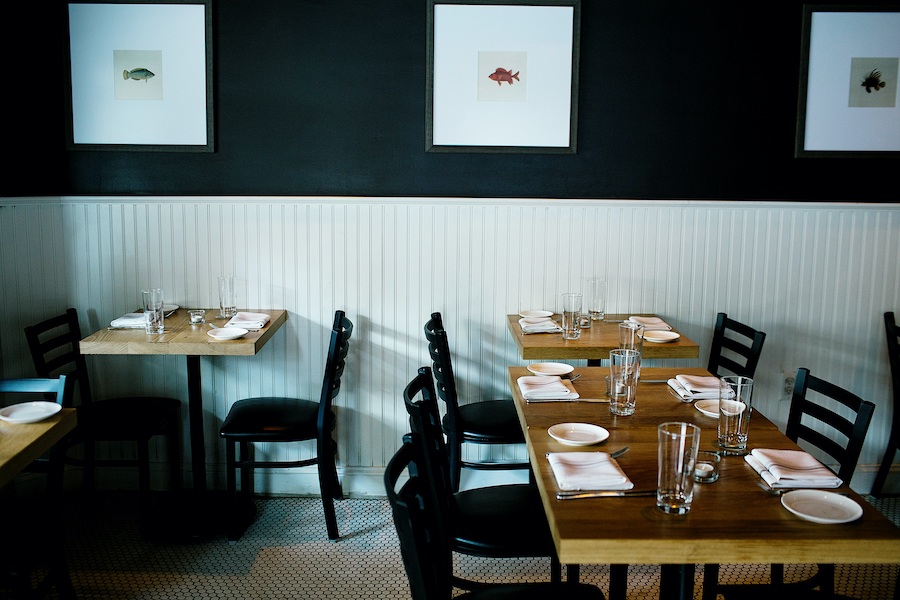 Yoon says he hasn’t heard of any other restaurant in Philadelphia attempting a weekday-only dining schedule. “Most of the peers that I’ve talked to in the business are kind of just like ‘Okay, you’re rolling the dice on that one. ’… I guess we’ll see what happens. I saw it in Paris. Fine dining establishments are open Monday through Friday. We work really hard and we want our time off.”

When Yoon pitched his weekday-only scheduling idea to the small staff, he says the team was first surprised and then excited. “I felt overall like the staff are happier. I’m also paying them more than I ever was before. I’m proud to say that.” His hope is that confronting the idea of how a restaurant typically operates will influence his staff to advocate in similar ways for the next generation of cooks. “This business has always neglected ourselves. We always put everyone else first. And that ultimately hurts us in situations where things are out of our control.”

The push to highlight weekday service is meant to appeal to restaurant industry people looking for a great meal on their days off, as well as neighborhood crowds who want something special during the week.

“I’m excited to not necessarily go back to what things used to be. I don’t want to talk to people about COVID, I want to talk to people about whatever else is happening in their life and what is driving them to move forward,” Yoon says. “I can’t do everything. At least I can take care of the people who are in front of me, and do the best for them.”