Just a year after launching his company, which delivers food exclusively from Black-owned restaurants, David Cabello is already entering a third city market. And he’s only getting started. 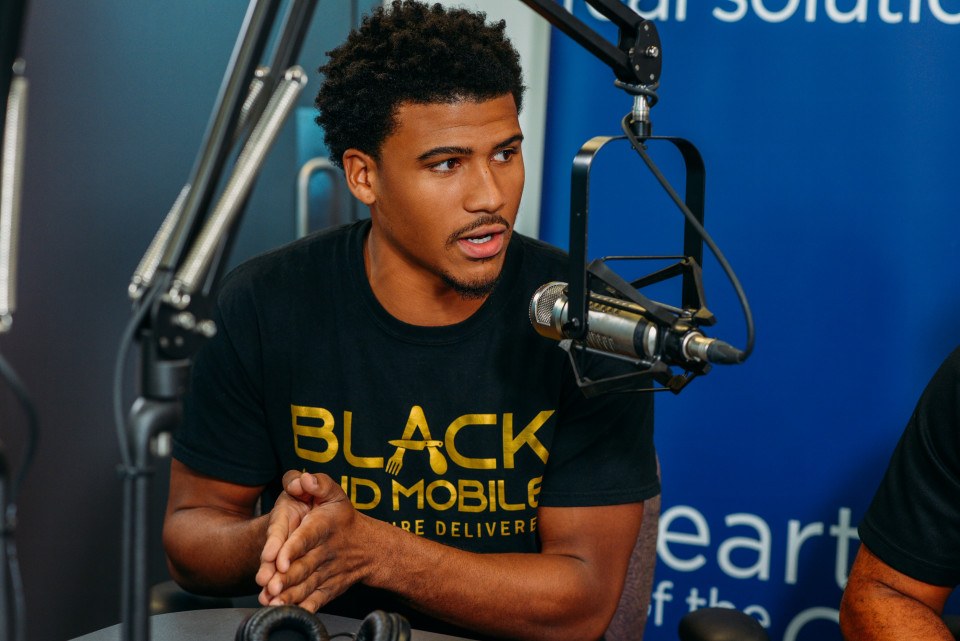 Photo by Ed Coshland of Heart of the City Radio

When David Cabello launched Black and Mobile in February of 2019, he sold $5,000 worth of food in the first five months. He’s now spent the last year fighting to build his business — launching an ultimately unsuccessful Kickstarter to try to raise $100,000, getting hit by a car, and finally developing an app that went live in October. He launched Black and Mobile in its second city, Detroit, at the beginning of March, just a few weeks before COVID-19 shut down the U.S.

“Let’s just say it’s been unexpected,” he said. In March, he says, the company did close to $70,000 in sale. Now, his biggest challenge is figuring out how to manage the speed at which demand is increasing. In addition to building the Detroit platform, he’s preparing to launch in Atlanta later this summer.

The recent protests in reaction to George Floyd’s murder and in support of Black Lives Matter have given him an even large platform, but with increased focus on Black-owned businesses comes increased competition. Recently, Uber Eats announced it would waive delivery fees for Black-owned businesses for the rest of the year. Typically, delivery companies like Uber Eats charge a delivery fee of up to 30 percent on each transaction, so eliminating that fee has the potential to have a meaningful impact on the success of Black-owned restaurants. For Black and Mobile, this move could be seen as encroaching on their business, but Cabello isn’t worried.

“Most people would say that they’re trying to compete with me,” he said. “Trying to knock me out. But I don’t really care about it … My mission isn’t to make a whole bunch of money, my mission is to help the Black community. To put money into our restaurants and businesses to hire our people. So they’re helping. It’s only going to strengthen what I’m doing. Plus, I have more businesses on my app in Philadelphia than they do.”

A fee of 20 to 30 percent of each order is industry standard for delivery companies – Black and Mobile charges 20 percent, but with a key difference. Most of the larger delivery companies require that prices are the same on their platforms as they are in the restaurants, so restaurants are not allowed to raise prices to make up for the delivery fee. Black and Mobile allows restaurants to set prices at whatever number they want on the app, which makes orders placed with them considerably more profitable for restaurants than orders placed with other delivery platforms.

Cabello has invested in a custom-developed app which he hopes will be live later this year, but until then, drivers accept tips only through cash and CashApp. The app, which he’s building through a contract with JumpButton Studio, a Black-owned tech firm in Philadelphia, will eliminate the need for dispatchers to call in orders. Instead, restaurants will receive orders directly through smartphone or tablets.

For now, Cabello has built the company himself, without investors. He’s crowdsourced capital and reinvested the profits he’s made, but he says he’s received interest from Black celebrities including Questlove, Ray J, Ava DuVernay and others. But, he says, he’s hesitant to take on an investor unless it’s someone who really cares about the business.

“It’s not about the money,” he said. “I can get money because of the platform I have. I’m looking for someone who can help me strategically, with accounting, taxes, lawyers. I just turned 25 on Sunday, so I don’t know everything about business.”

Ultimately, Cabello said, he created Black and Mobile to keep money inside the Black communities in Philadelphia. And he certainly has big plans for the company: expansion into more cities in the United States and beyond, developing ghost kitchens for Black entrepreneurs, creating a ride-sharing app, and more. Philadelphia, he says, is just the beginning.