Camille Cogswell brings her culinary talents and vision to Rittenhouse. 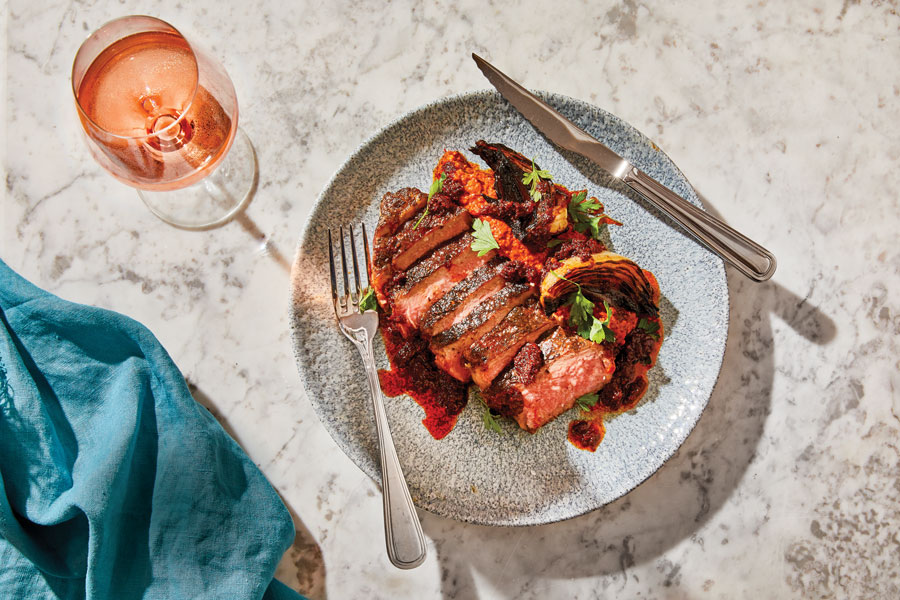 K’Far has New Restaurant Gravity right now. It’s got pull like a bright and massive star in the middle of Rittenhouse.

And of course it does. It’s a Michael Solomonov restaurant — from CookNSolo, his team — built around the baking skills of Camille Cogswell (brought over from Zahav, where she won a James Beard award in 2018). They’re doing the all-day-cafe thing in a dogleg space full of marble, millennial pinks and rose gold. 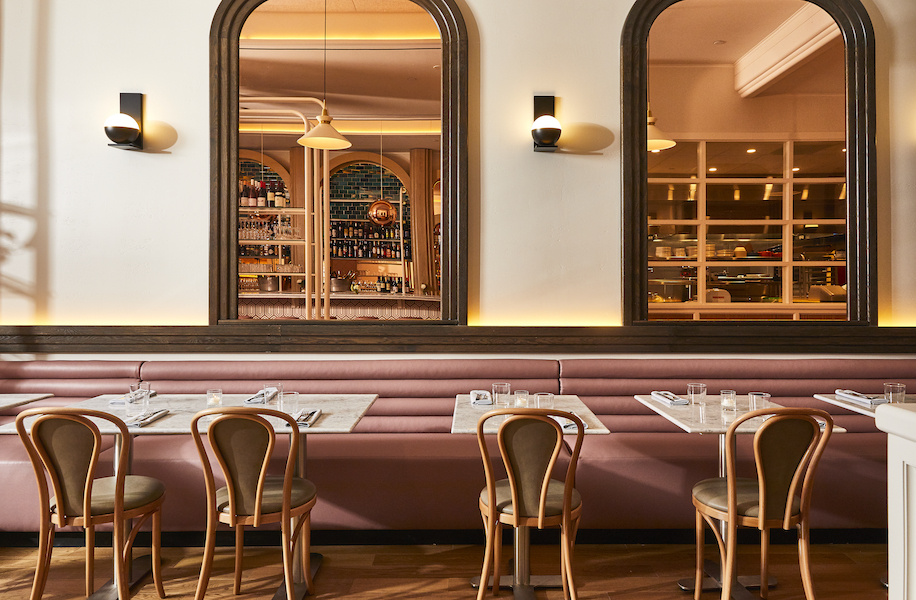 The dining room at K’Far Cafe | Photo by Michael Persico

Order This: All the baked goods in the morning; foie toast and a Tunisian salad at night.

If there was a word that meant “frantic but chill,” it would be the perfect word to describe the daylight vibe at K’Far, where crowds crash like waves against the bakery cases and counter, recede, then crash again. Cogswell does cookies and pistachio sticky buns that always seem to be sold out; trays of little chocolate rugelach; stretched-out Jerusalem-style bagels covered in sesame seeds; and spiced potato borek that would be the best thing on the menu if I’d never tasted the kubaneh bread.

In the morning, the kitchen uses this soft, crusty, squishy bread for toasts (the edges crisping up almost like milk bread) and tops them with almost everything, from cinnamon sugar to smoked trout and labneh with a fried egg on top. But at night — when the dining room resets for sit-down dinner service and the music gets louder and the crowds settle in with cocktails and friends — they get used as stiff, crackling crackers to scoop up whipped feta drizzled with honey and harif that bleeds hot chili oil into the bottom of the bowl, staining the fresh figs red. Or again as a base for a ridiculously good foie gras toast, with sweet date molasses to balance the fatty richness and a sprinkle of powdered pistachio. The kubaneh has a sweetness all its own. A gorgeous texture. Makes the foie toast seem almost like a slice of pie.

There’s more, too. A Tunisian salad with slabs of seared tuna and flakes of confit tuna, little potatoes, hard-boiled egg and lettuce, dressed in a flame-thrower harissa; lamb with pistachios and sour cherry; a flaky piece of salmon, crisped at the skin, set atop a mound of mujadara (rice, lentils and onions) and braised greens. The salmon is tender. Paired with the bitter greens, it has glimmers of soul food, of comforts that either stray from the Middle East or prove that comfort itself is essentially borderless. 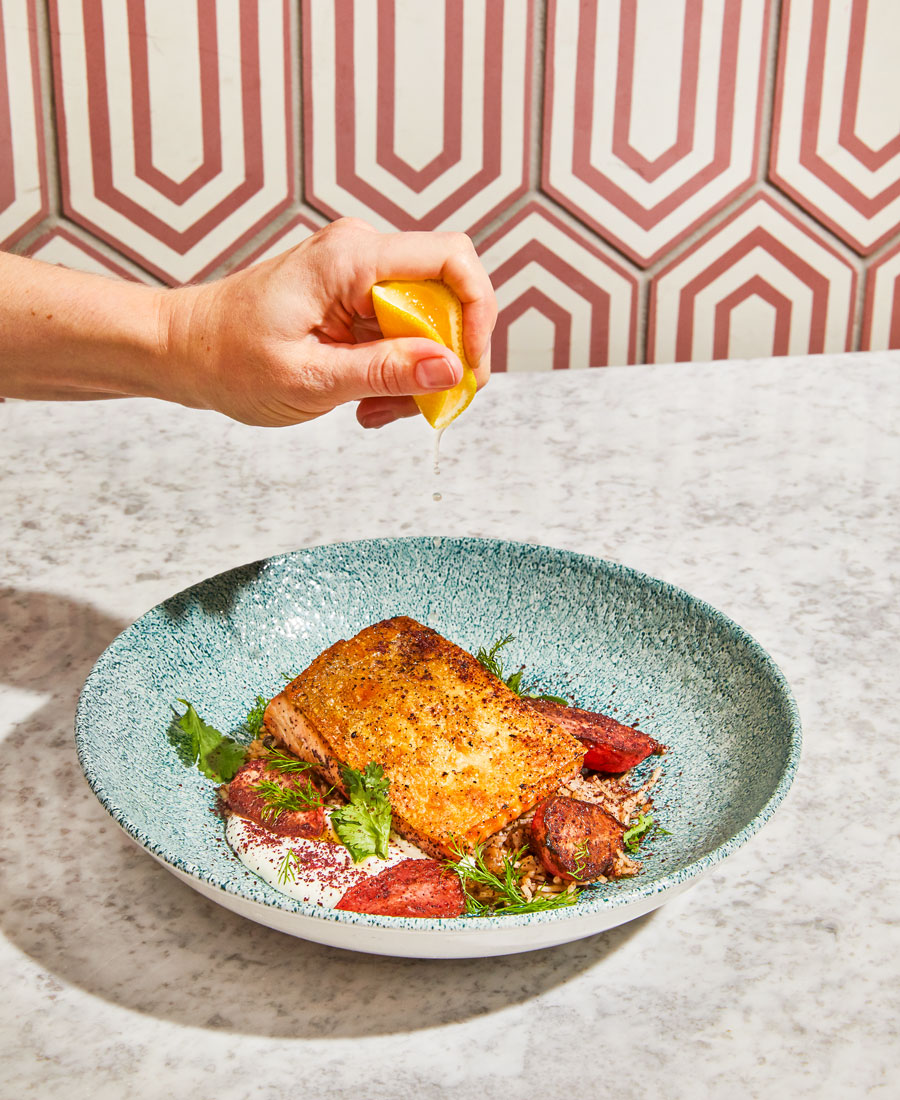 K’Far’s dinner menu is as short as the all-day menu is comprehensive. Both are adventurous; both play to strength (Cogswell’s baking, CookNSolo’s deep understanding of Israeli cuisine across all genres). And if the daylight menu seems more fun, that’s the simple draw of cookies and pressed bagel sandwiches. The dinner menu is just more restrained. More composed. But it takes both of them together for Cogswell and K’Far to pull off this tricky balancing act — an all-day cafe that works just as well in daylight as it does in the dark.