Elwood in Fishtown Is a Love Letter to Pennsylvania Cuisine 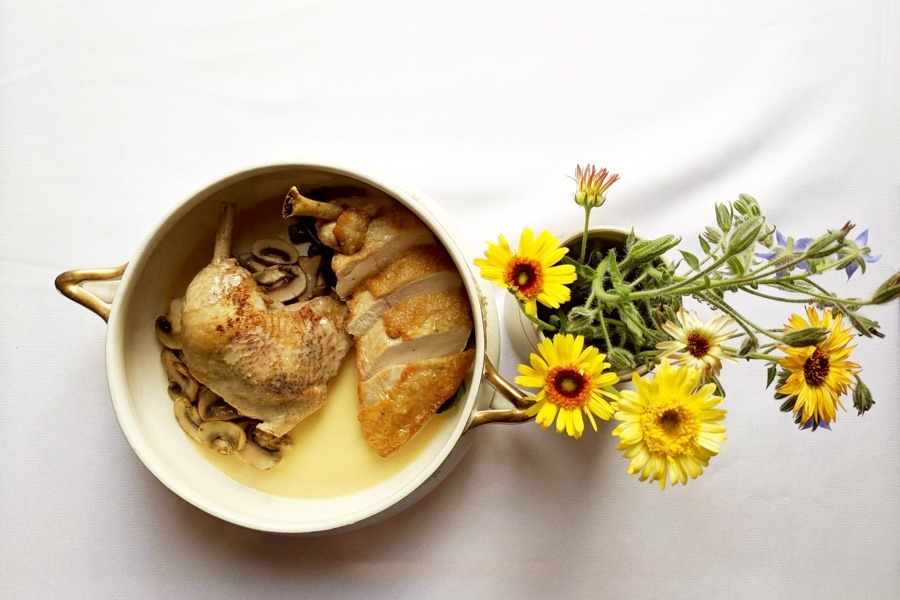 It’s hard not to make fun of the Antler.

If you haven’t seen it (and how have you not?), the antler in question is how chef Adam Diltz chooses to serve the amuse-bouche at his new regional-Americana restaurant, Elwood.

A real deer antler, laid on the table, nuggets of venison scrapple speared on the points, dotted with mustard and spiced ketchup.

Order This: Ham potpie, snapper soup, and the family-style platters. Because that’s what you’re here for.

The antler is over-the-top stunt plating, almost arch in its various levels of text and subtext, presented with absolute sincerity. Everyone shares pictures of the antler. Everyone comments on the antler. The antler puts Elwood on the map.

But the scrapple is delicious. Crisp on the outside, salty and savory with just a little spike of brightness from the condiments, it’s a wonderful upscaling of a local cuisine that was once derided by anyone who didn’t grow up with it.

Which, really, is what you can say about almost everything on Elwood’s menu. This is a place that takes its roots seriously — a kitchen that grandmas almost everything in the house. The wild grape purée served with the funnel cake came from Diltz’s great-grandma’s garden. The ham potpie is Diltz’s grandma’s recipe. The plates and silver look like something Grandma would break out for special occasions — detailed with flowers, tooled with gold. 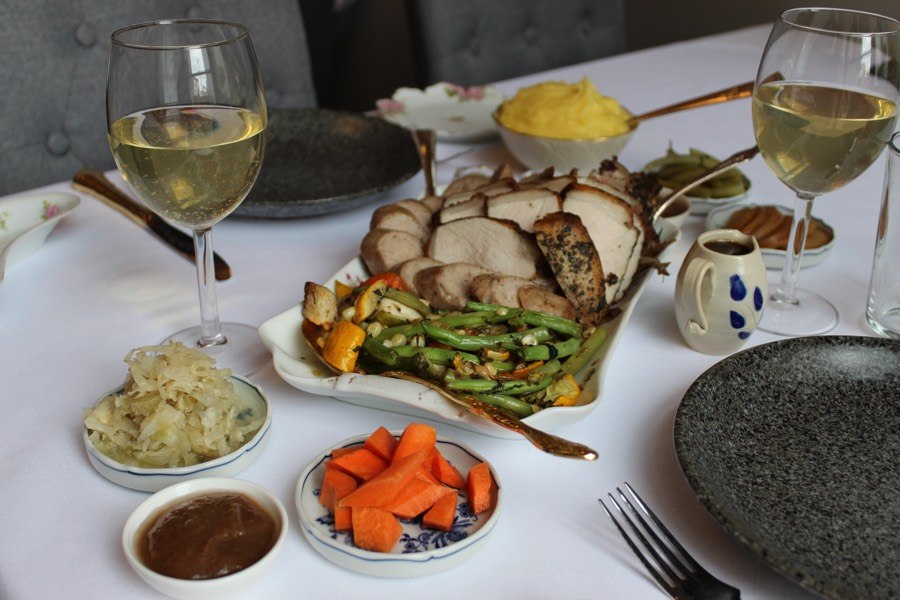 Diltz is doing a very specific kind of American regionalism here: a sort of old-timey Pennsylvania cuisine, sourced locally, prepared respectfully, different from almost anything else out there. The ham potpie is essentially a thin ham soup — deeply smoky pork in a ham broth with potatoes and onions and flaps of homemade egg noodles, all served in a tureen. The Kensington snapper soup with sherry, the exquisitely tiny catfish and cornmeal waffles with pepper hash, the local cheese — these are all historic signifiers of How We Ate Here before restaurants became a commodity. Museum-grade nostalgia. And most of it, while sometimes lacking the punch or excitement of more modern flavor architecture, is both satisfying and as comforting as a warm blanket and a mouthful of Valium.

There are some problems. The spelt bread (and spelt dumplings on the dessert menu) are so heavy and dense, they could be used to patch holes in brick walls. The three varieties of Stryker Farm pork on the family-style pork platter are interesting together but rather weak individually — pulled pork without depth or juice, pork sausage missing some high note of spice (or maybe just salt), and pork loin medallions that are pretty … forgettable.

But again, there’s something almost admirable about what Diltz is doing here. He knows this cuisine like he knows his own blood. He obviously loves it deeply. And in this age of manufactured and market-tested everything, it’s hard to argue with that kind of heart.