High summer is the time to feast on juicy, flavorful, in-season tomatoes in sandwiches, salads, and even cocktails. 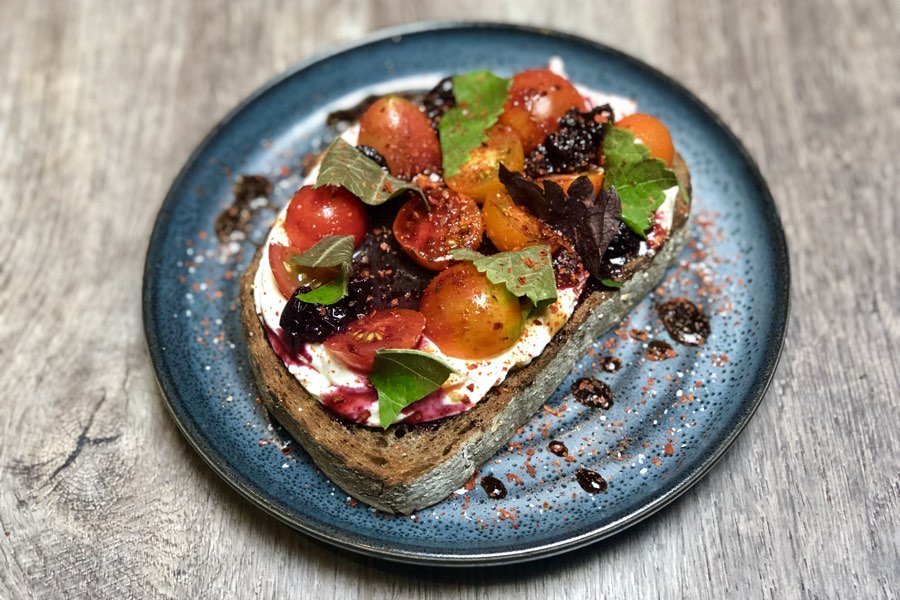 It’s the height of tomato season — and if you’re anything like us, this is the time of year when you try to get in as much tomato goodness in your diet as possible. Philly chefs are doing the same, with classic and remixed takes on tomato salads, tomato sandwiches, BLTs, and even a tomato-based cocktail to help you revel in high summer’s most delicious produce. Here are some of our favorite tomato dishes on Philly menus right now. 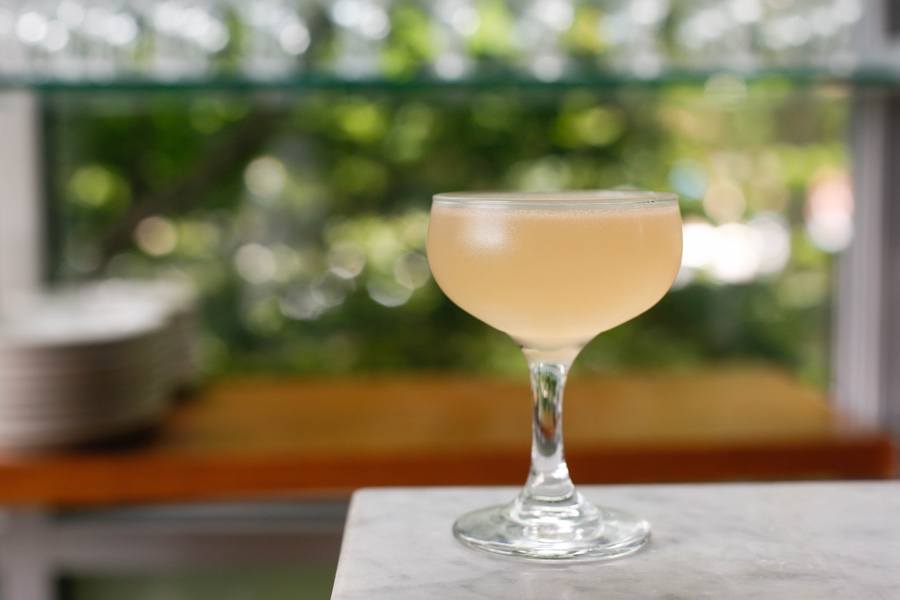 Zahav, Society Hill
It’s always worth strategizing for a seat at the bar at Michael Solomonov and Steve Cook’s always-packed flagship — but the light, refreshing Israeli Salad Martini they’re pouring this summer makes it a must. Cook developed the cocktail, which includes gin infused with tomato and cucumber juices left over from making their signature salatim, to help reduce waste.

Bloomsday, Society Hill
Chef Kelsey Bush and her crew are going hard with tomatoes from Northwest Philly’s Heritage Farm this season with a BLT and a tomato salad — but we’re most intrigued by their tomato blueberry toast, a slice of rye slathered with a lemon-thyme ricotta and topped with a mix of cherry tomatoes, balsamic-infused blueberries, and Aleppo pepper. 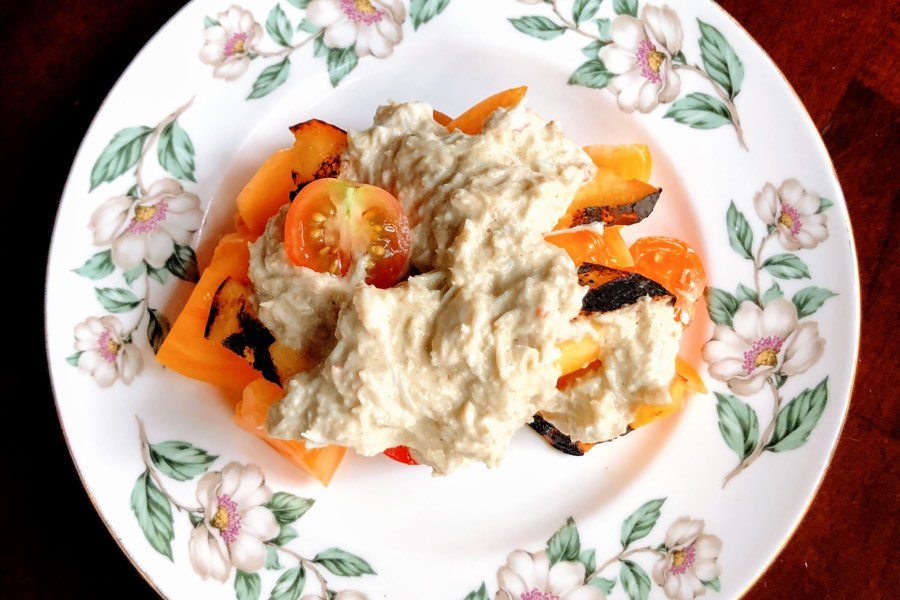 Helm, Rittenhouse
This summer-on-a-plate dish is simply listed on Helm Rittenhouse’s menu as “Tomato, peach, crab” in their signature brief, bullet-points style — but there’s a little more to it than that. Heirloom and cherry tomatoes from Heritage Farm and Urban Roots Farm get a dressing in lemon, olive oil, and chives before they’re tossed with sourdough croutons and charred peaches. Then the whole thing gets topped off with peekytoe crab that’s been dressed in a white peach-koshu aioli with chiles and citrus.

Blume, Center City
How many tomato preparations can you reasonably incorporate into one dish? Chef Alia DeVowe has packed no less than four kinds of tomatoes and tomato-derived ingredients into her herb-infused, burrata-topped tomato salad: heirloom tomatoes, confit grape tomatoes, cherry tomatoes, and a tomato vinaigrette made with 50-year-old sherry vinegar.

BLTS ARE BACK U FILTHY ANIMALS THIS TIME WITH @agreenfarms MICROGREENS

Middle Child, Washington Square West
A luncheonette that doesn’t serve BLTs year-round is the kind of luncheonette you want to patronize — because when they do put them on the menu, it’s with fat, juicy slices of flavorful, fleeting summer-kissed tomatoes that put the pink, rubbery out-of-season ones to shame.

Barbuzzo, Midtown Village
The tomato salad at Barbuzzo highlights flavors from the west side of the Mediterranean: tomatoes from local farms like Northwest Philly’s Heritage or Bucks County’s Plowshare Farms are topped with locally foraged sumac, Aleppo pepper, and herbs and flowers like marigold, za’atar, and purslane, then served with crème fraîche-marinated buffalo mozzarella. 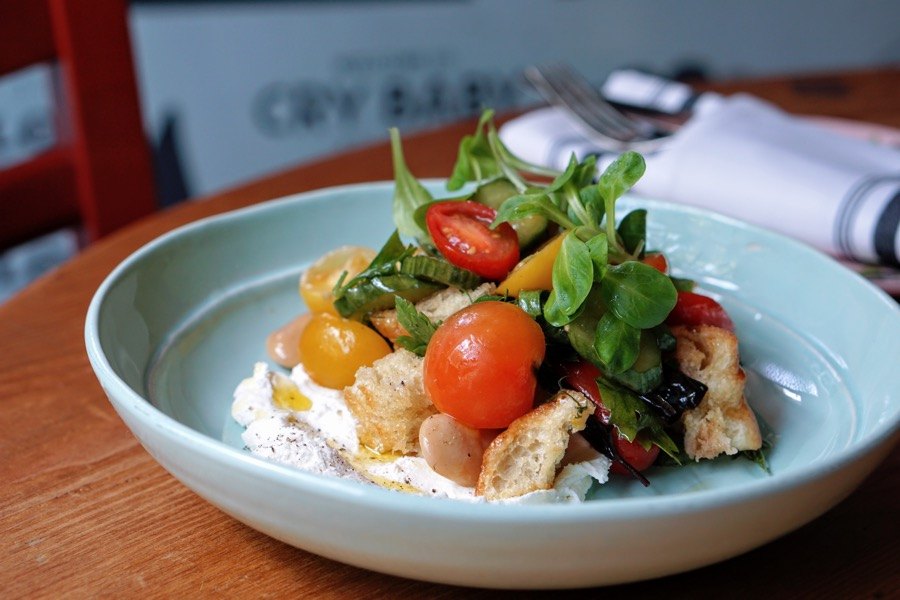 Cry Baby Pasta, Queen Village
Tomatoes and pasta might be BFFs, but the kitchen crew at Cry Baby is showing off heirloom cherry tomatoes in a different way. Their panzanella is a full meal in a bowl thanks to a protein boost from gigante beans and sheep’s milk ricotta and a frill of cooling, tender lamb’s lettuce.