All the Gelato You Should Be Eating in Philly Right Now

Our favorite places to score a scoop of that creamy, frozen Italian favorite. 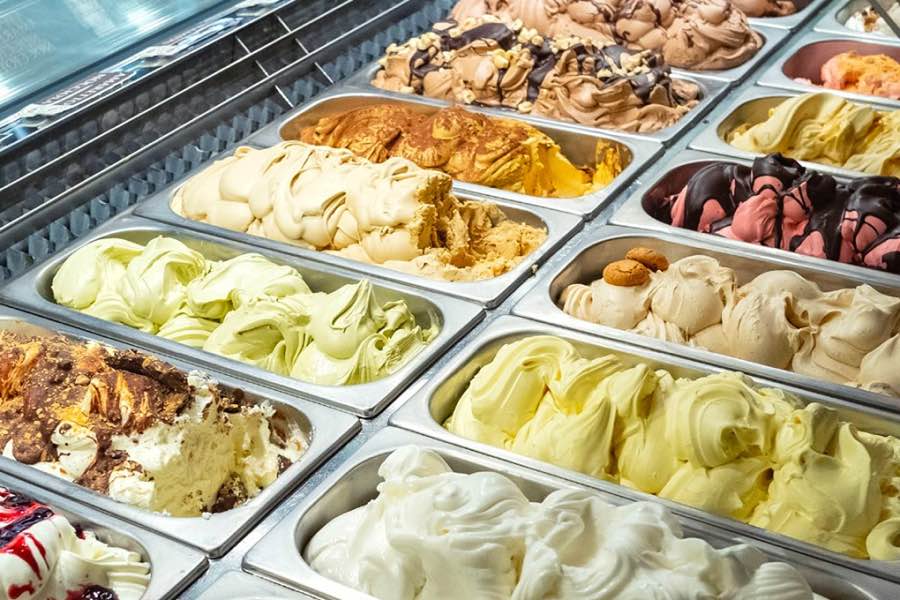 Ice cream is everywhere in Philly. But great gelato, ice cream’s denser, creamier, more flavorful cousin, is harder to find — especially as we face our first summer in 16 years without internationally-renowned gelateria Capogiro. Luckily, there are still plenty of spots serving great scoops of this Italian frozen treat. Here are our favorite places to eat it in Philadelphia.

Flow State CoffeeBar, Kensington
Chef and co-owner Melanie Diamond-Manlusoc earned acclaim whipping up desserts at Michelin-starred kitchens in Chicago — then brought those pastry chops to her Philly coffee shop/coworking space/gelateria. Get flavors like guava cinnamon, honey cashew, or mango with spicy togarashi by the scoop, or ask for it sandwiched in brioche, Italian style, or in a semi-sweet, vanilla-sugared concha.

Gran Caffe L’Aquila, Center City
This coffee shop-slash-specialty grocer-slash Italian restaurant goes to great lengths to make customers feel like they’ve been whisked away to Italy for a meal — so it stands to reason that their gelato scored a Best of Philly. Don’t miss the chance to get yours as an affogato — served float-style with a hot, fresh pull of espresso.

Crave Creamery, Springfield
Cool off at this Baltimore Pike shop, which stocks a slate of gelato flavors — think classics like coconut, pistachio, and cookies and cream— in addition hard ice cream, water ice, and soft serve. You can get it by the scoop, or go green with one of their returnable logo quart jars to get a buck off your refill next time.

Nonno’s Gelato and Italian Ice, Northeast Philly
Looking for classic flavors in addition to some creative new options? Hit up Nonno’s for creamy gelato in old favorites like rum raisin and chocolate in addition to playful varieties like birthday cake and cereal-studded Apple Jacks.

D’Ascenzo’s Gelato, West Chester
A trip to Rome inspired owners Glen and Kristin D’Ascenzo to start making and selling gelato at Philly farmers’ markets 15 years ago. Now, they operate out of their nationally-acclaimed gelateria, working with a local dairy to source their milk, roasting ingredients like nuts in-house, and sourcing seasonal fruit to make their rotating flavors. 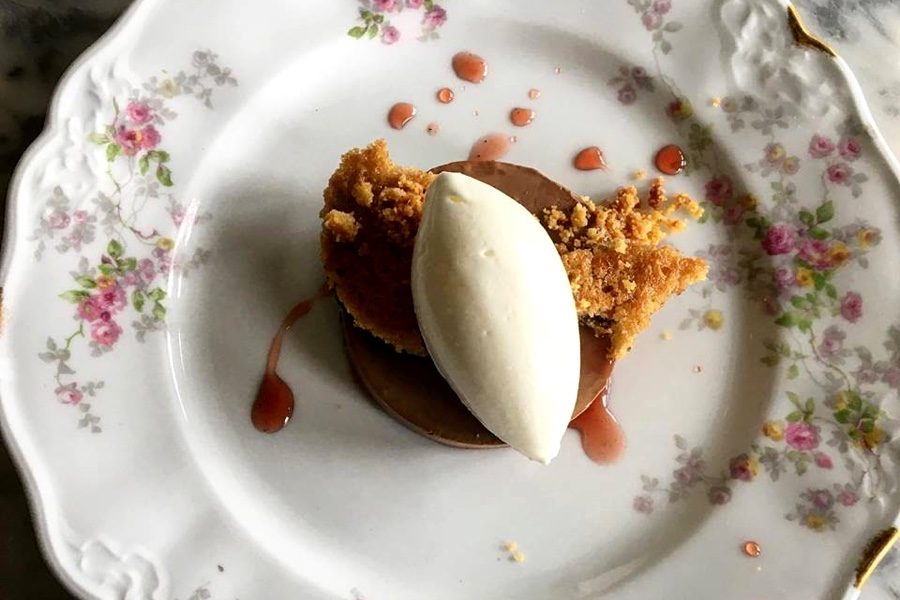 Fiore, Queen Village
Justine MacNeil, chef and co-owner Front Street’s Italian newcomer, leads a pastry crew that dazzles with sweets made for morning and evening — and they do gelato, too. Rotating flavors like olive oil and toasted sunflower seed end up in composed desserts on the regular menu, but you can also take it home by the pint.

Georgie’s House of Gelat’oh, Frankford
Chef-owner Sierra Georgia is thisclose to getting her Paul Street brick-and-mortar open — but until then, you can track the Gelat’oh food truck on social media for updates and scoops in the meantime.

Cafe Crema, East Passyunk
As if their creamy frozen treats weren’t luscious enough, this 9th Street Sicilian cafe is also a bakery — meaning you can get your scoops topped with adorable (and delicious) mini cannolis.

Classic Cake, Cherry Hill and Center City
This shiny bakery offers a vast, Wonka-esque variety of sweets, from morning pastries to birthday cakes to chocolates shaped like the Liberty Bell — and a full line of gelato and sorbet made in house. 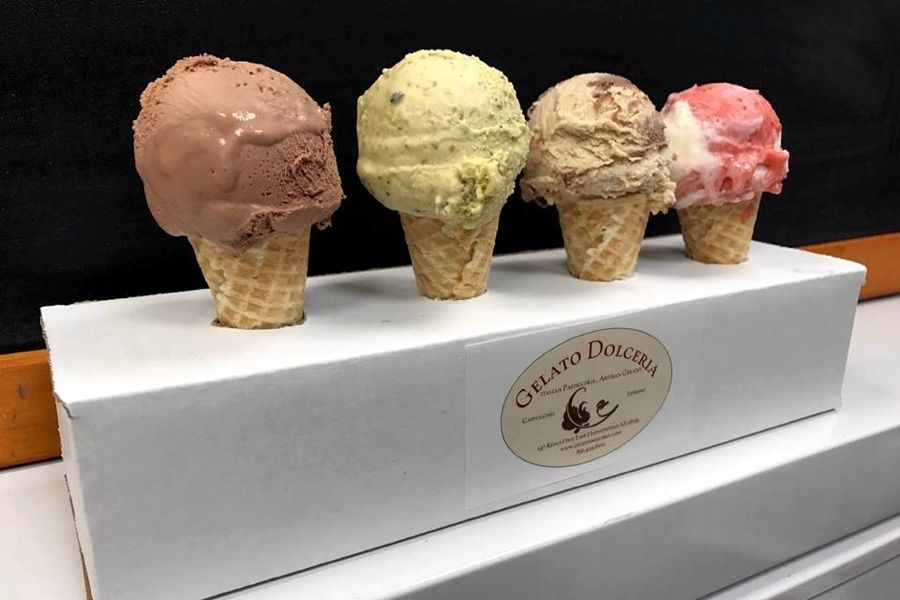 Gelato Dolceria, Haddonfield
Seasonal flavors rotate through the case at this Haddonfield spot, but their varieties built around Italian ingredients — chocolate-hazelnut gianduia, candied chestnut, and even Parmesan — are most intriguing. Keep an eye out for their upcoming second location in Collingswood, set to open any day now.

Cocco’s Gelateria, Primos
At this Delco spot, you can order scoops of rotating flavors like lemon custard cookie, Peeps (yep) and Boston cream straight up or adorned with accessories. Choose from banana splits, an affogato sundae (topped with lots of whipped cream), milkshakes, or floats — or get your gelato served in a fresh-made Belgian waffle or sandwiched in a sweet, warm brioche roll.

Alice, Rittenhouse
They serve great pizza al taglio, sure — but this Roman import does dessert, too. Get gelato made just a few blocks away at Gran Caffe (maybe with a couple pignoli cookies from Isgro Bakery on the side) after your by-the-ounce slice.

Pigadilly’s, Peddler’s Village
The next time you hit up the Bucks County landmark, grab a scoop of tiramusu, piña colada, or mint Oreo gelato from this sweets shop and snack bar, which also serves crepes, cookies, and hot dogs.

Varallo Brothers Bakery, South Philly
In addition to sweet baked treats from cakes to cannolis, this favorite Italian bakery makes its own gelato in flavors like watermelon, cantaloupe, chocolate, and lemon.