The former owner of Farmers’ Cabinet has lost some weight. He’s shaved. But he and the law apparently still aren’t getting along. 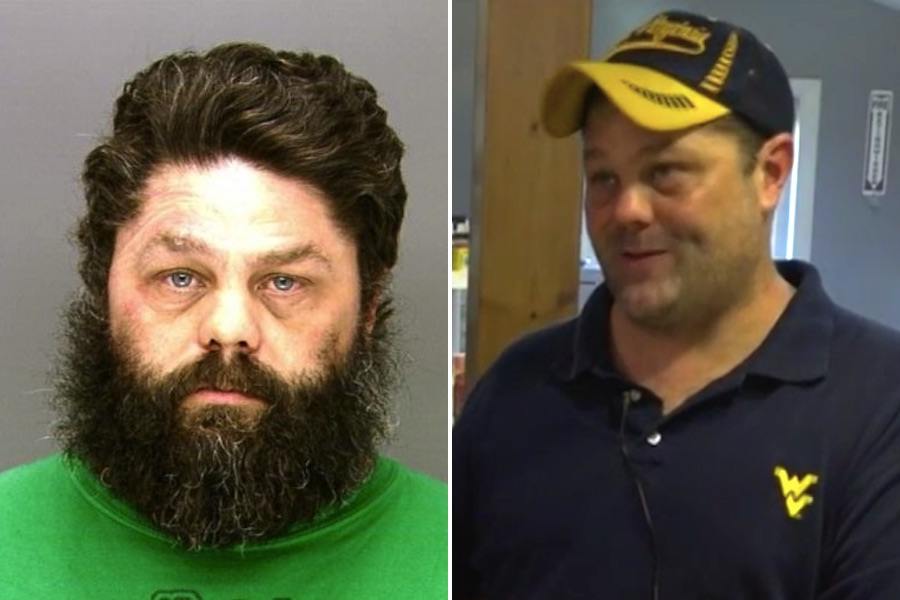 There aren’t too many Philly restaurant owners who could command our attention after dropping out of sight for years and then turning up at some random restaurant in some random town in West Virginia where the locals praise the restaurant’s huge portions (actual quote: “It took me three days to eat that hoagie!”), but then, there’s only one Matt Swartz.

In case you don’t remember the name Matt Swartz, here’s a recap of his notorious run in the Philly restaurant and bar scene. We’ll keep it as brief as possible.

In the fall of 2010, Swartz opened a cool beer bar in East Falls called Fork and Barrel. Then, in March 2011, he debuted Farmers’ Cabinet on Walnut Street, which quickly became one of Philly’s most popular and unique bars.

Six months after opening Fork and Barrel, Swartz vacated it in the middle of the night without notice. Next came Butcher and Brewer on 11th Street. That opened in September 2012 and was shuttered in less than two months.

But then things got really interesting.

Late in 2013, the Liquor Code Enforcement arm of the Pennsylvania State Police raided Farmers’ Cabinet and arrested Swartz, accusing him of altering the expiration date on the Farmers’ Cabinet liquor license, which had expired.

Swartz pleaded guilty to tampering with public documents, among other charges, and got a year’s probation. And then, well, then we exposed the fact that Swartz’s probation officer was working for him at yet another Philly business he had opened.

Can you say conflict of interest?

Soon thereafter, Farmers’ Cabinet was evicted, its landlord scored a judgment of more than $1 million against the restaurant, and then Swartz just sort of vanished.

And, so, you can understand why the local restaurant and bar community has been abuzz ever since this video turned up last weekend featuring Swartz at a new restaurant in West Virginia.

The restaurant in question is Full Circle Kitchen in some place called Rivesville, West Virginia. It’s an old coal town with a population of less than 1,000, about two hours south of Pittsburgh.

Full Circle Kitchen opened last October, heralded at the time by the Times West Virginian newspaper. And a subsequent article, which somehow got picked up by the Associated Press, quoted the mayor of Rivesville gushing about how great it was that Swartz opened Full Circle Kitchen there. Then came the segment by the local TV station.

The press accounts have described Swartz as the owner of Full Circle Kitchen, but when we reached him earlier this week to hear about how life has been since his time in Philadelphia ended in such a dramatic fashion, he told us that he wasn’t the owner. “I’m just cooking on the line,” he claimed.

A search for the restaurant’s name in the state’s database of registered businesses came up empty, but one thing’s for sure: Swartz hasn’t exactly been steering clear of the law since his run-in with Pennsylvania’s liquor police.

According to court records, Swartz, who previously spent time in federal prison for wire fraud, has been racking up court cases all across Pennsylvania over the last few years.

Why, just a couple of weeks ago, Swartz was charged in Erie County with writing bad checks back in September. Closer to home, there’s an active bench warrant for Swartz’s arrest in Chester County after he failed to appear there in another bad checks case. The DA’s office in Chester County classifies him as a fugitive.

There’s yet another active bad checks case in Clearfield County. There’s the open DUI case in Columbia County, where there’s another bench warrant for Swartz’s arrest for failing to appear. Oh, and Philadelphia courts say that Swartz never bothered to pay his full fines from that case here. There’s more, too, but, you get the picture.

We’re beginning to understand why Swartz might have chosen West Virginia for his next endeavor.

Swartz declined to comment when we asked him about the string of charges against him since his disappearing act in Philadelphia.

“Hey, I’m allowed to make money like everybody else,” Swartz went on to tell us. “A man’s gotta work.”