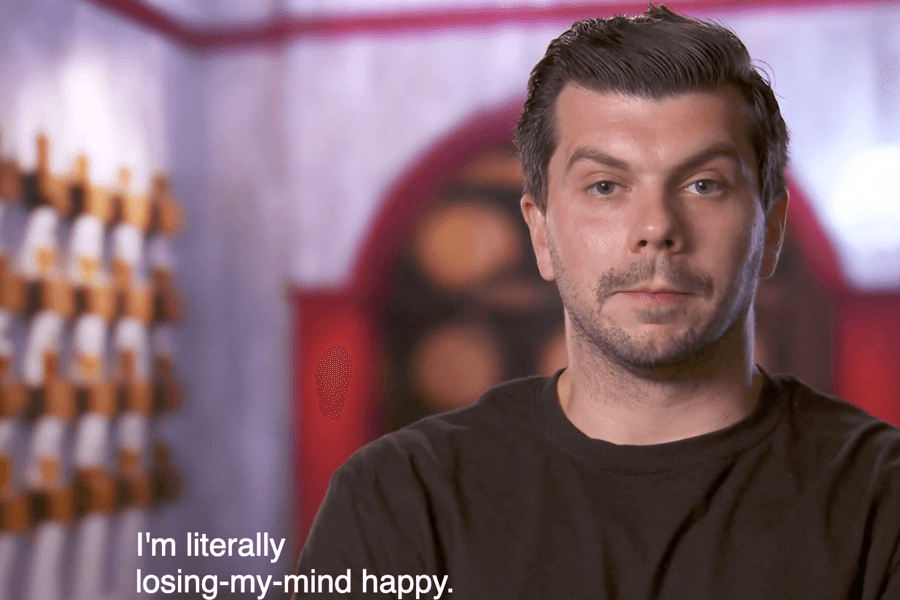 Kentucky is famous for bourbon, horse racing, and basketball, but did you know they also have a special sandwich? If you didn’t, that’s okay, because it’s a dumb sandwich with a dumb name, and it’s also the subject of this week’s Quickfire.

Invented at the Brown Hotel in Louisville, the Kentucky Hot Brown is an open-faced turkey and bacon sandwich served on white toast and smothered in mornay sauce. The chefs are tasked with reimagining this old-timey sandwich, but not before saying “hot brown” about a thousand times each. The interpretation must contain turkey, a sauce, and be plated in a skillet. The unspoken requirement is decadence, and Kelsey fails on that front by serving a vinaigrette as a “sauce.” Brian attempts a Nashville style hot turkey hot brown. Also, hot chicken is so three years ago. Poor Sarah, who would have been a shoo-in, didn’t have enough time to get her Scotch egg on the plate, and loses on a technicality.

Eddie, who impressed guest judge Lena Waithe with his sauce, finds himself in the Top 3, but it was Justin’s sweet and savory hot brown that won the day and the immunity.

Hungry for more fun Kentucky facts? Turns out that the state is the largest producer of beef east of the mighty Mississippi, so the cheftestants are treated to a butchery demonstration by none other than Dario Cecchini, an eighth generation Italian butcher whose lack of English has him screaming “CARNE!” over and over again while he dismantles a side of beef for the chefs to use in the Elimination Challenge. Cecchini is very well know in chef circles, and listening to him speak in his native tongue is, as Konrad claims, a religious experience. Judging alongside Cecchini is another food legend, Nancy Silverton, who is no stranger to Top Chef.

The cuts of meat are distributed by drawing knives, and the chefs must highlight the beef, along with other local Kentucky products. Seems easy enough, but if you’re unfamiliar with your cut of meat, or it’s a cut that needs a day to braise, the game gets real.

David and Fake Cichonski both decide on a tartare, garnering immediate disapproval from Tom Colicchio’s steely blue eyes. Sarah, not knowing what to do with beef plate (despite the fact her husband runs a cattle farm), attempts a sausage, but has trouble with the casing and gets very little on the plate. Brian, the self-styled butcher, serves a disappointingly dainty ribeye. Turns out the judges just wanted a hunk of meat on the plate.

Only three cheftestants managed to impress the judges, and it was the same three that were triumphant in the Quickfire. Justin properly cooked his flank steak; Adrienne’s black and blue sirloin was lauded for how its use of local ingredients enhanced the flavor of the beef; and Eddie, our stone faced favorite, whose contemporary Polish brisket golumpki gave him the win, an autographed apron, and a week in Tuscany to stage alongside Dario Cecchini. If you pause the TV just right, you can actually see Eddie crack a smile.

As for the losers, the charge brought forth was not respecting the beef, whether it was the portion, or it was drowning it in xanthan gum and grapeseed oil. The latter offense was Fake Cichonski’s ticket to Last Chance Kitchen, and we’re one week closer to crowning this year’s champ.