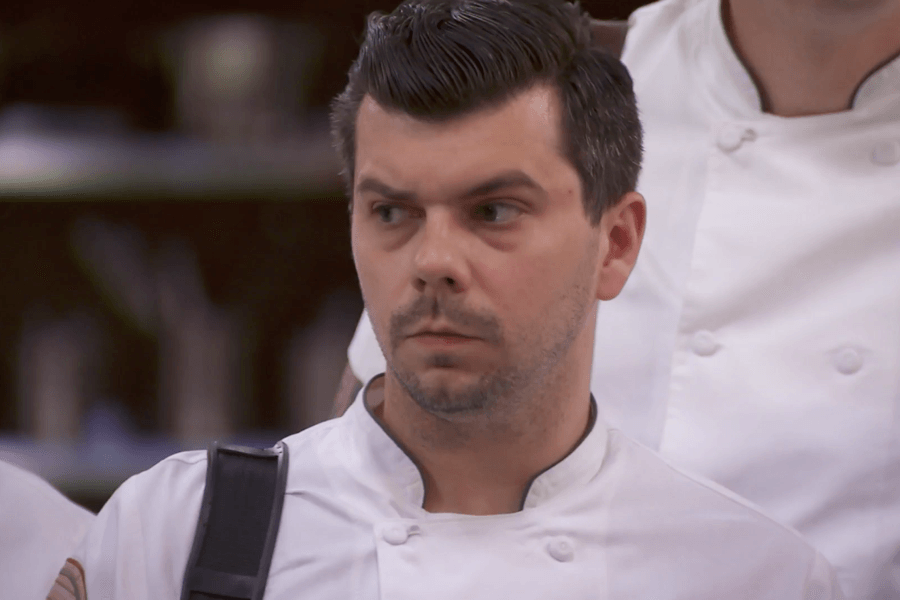 We are almost at the halfway point, readers. Following a brutal and early Restaurant Wars is going to be difficult, but onward we march — as do the cheftestants into the Top Chef kitchen for this week’s Quickfire, which isn’t actually a Quickfire.

Instead, it’s a primetime Last Chance Kitchen battle between Nini Nguyen and Brother Luck to get back in the competition. Remember Luck? He’s the one whose parents were exotic dancers that traveled the world and so he tries desperately to fuse Asian and Southwestern cuisines to no avail. There’s a connection between the two, but only Brother knows what that is.

Their challenge is a mini-Restaurant Wars, in which they must create a non-shitty version of their elimination dish, along with two other courses. The remaining chefs are tasked with kitchen help, and it’s obvious that nobody is interested in cozying up with Brother. Still, his teammates put that bias aside and help him beat their former housemate, creating some much-needed TV tension and on-air shit talking.

For the elimination, the chefs must make a canapé inspired by a prohibition cocktail. Basically, take the ingredients from the glass and put them on a plate. This is a boring challenge, but it’s nice that the chefs get a break from last week’s chaos. It’s also one of those challenges where a seemingly simple task can lead to overreaching, which is exactly what happens to more than a few chefs — notably, Brian, who makes a game time decision to deep fry his gnocchi and serves the judges “sand in a cup.”

Eric was equally aggressive in his concept, but he managed to complete the Herculean task of shucking over a hundred oysters in two hours (takes me about five hours and multiple flesh wounds to shuck even a dozen). His dish was among the top three,  alongside Kelsey’s elegant bay scallop ceviche and Eddie’s Old Fashioned-inspired bourbon-cured salmon crudo w/peach puree, caramelized orange gastrique, and brown butter. Padma loved the butter solids and Tom said he nailed it, and yet this praise was still not enough to get a smile out of Eddie, who had to quickly think of a PG way to say he suffers from “resting bitch face.” As great as this dish looked (please make it at Laurel), Eric’s oyster proved too tough to beat, but our boy is starting to gain some momentum.

Speaking of momentum, Brother’s seemed to sputter as soon as the he put the Top Chef coat back on, and his failed attempt at a banh mi canapé cut his time incredibly short. I’m sure this season’s cheftestants aren’t too broken up about it, but you gotta feel bad for someone who reaches the summit only to stumble on the way down. Plus, I was hoping for some Bad Girls Club-style drama between him and everyone else in the house.

Oh well. As the season progresses, some of these folks are bound to crack, right?