Striped Lion Rum is set to open a tasting room and production space in downtown Woodbury early next year. 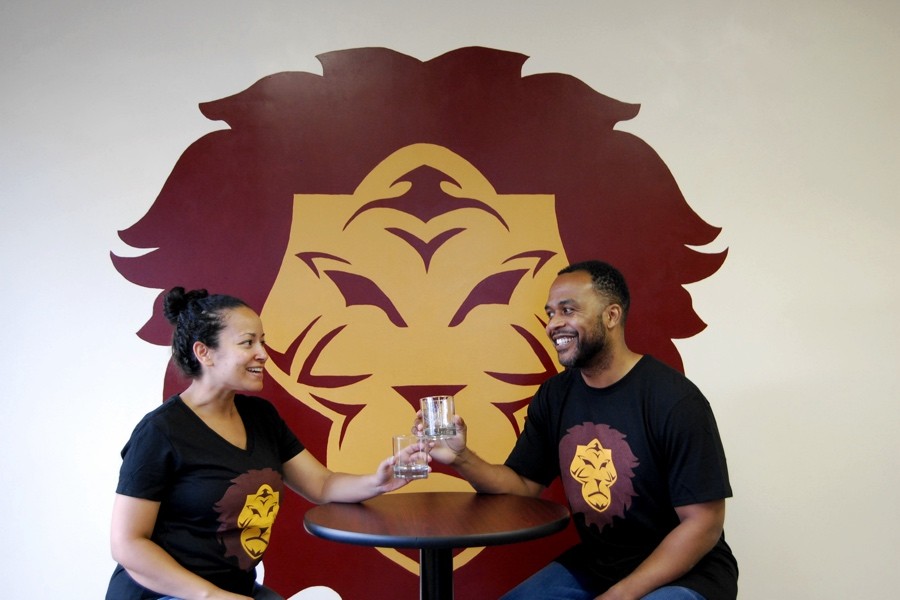 Craft distilling has been booming in Philly over the past few years. And now, there’s a craft rum distillery in the works right across the river in Woodbury, New Jersey — and the owners need your help to get the doors open.

Striped Lion Rum was born out of founders Erin and Kevin Wright’s passion for the spirit, which they’ve been collecting and researching for years.

“We always joked about moving somewhere warm, growing sugar cane, and making rum,” said Erin, who works as a pediatrician by day. (The name is a nod to the couple’s first date at the Philadelphia Zoo, where they bonded over their love of big cats.) As laws in New Jersey have been updated to allow entrepreneurs to open small-batch craft distilleries and tasting rooms, their dream began to sound more and more realistic. In 2015, the couple partnered with Kevin’s sister Kanesha to launch Striped Lion.

The Wrights also wanted to spotlight rum because it tends to be overshadowed by other spirits. “Something we noticed as rum aficionados is that rum is underrepresented and misunderstood,” she said. “It’s versatile and easy to make, but I don’t know that there are very many distilleries in the U.S. that take making rum seriously, as something to showcase.” The business is unique in the region’s bustling craft spirits scene not only for its focus on rum, but also because it’s a Black-owned and part woman-owned distillery.

At the Striped Lion production facility and tasting room at 740 North Broad Street in downtown Woodbury, the Wrights will produce rum using organic molasses, serve cocktails, and sell Striped Lion bottles, merch, and house-made bitters and syrups. The Wrights are hoping to get the doors open sometime in early 2019.

But a few issues beyond their control — unforeseen plumbing problems, the difficulty of securing a loan for a new fire protection sprinkler system in a building they’re leasing to own — have pushed opening costs up. To get them over the finish line, they’re looking for support through a crowdfunding campaign and small-scale investment platform WeFunder.

You can contribute to Striped Lion’s campaign here and follow them on WeFunder here (they’ll be able to accept investments on WeFunder once they get 200 follows).