Ginza: A Sushi and Ramen Restaurant for Pennsport 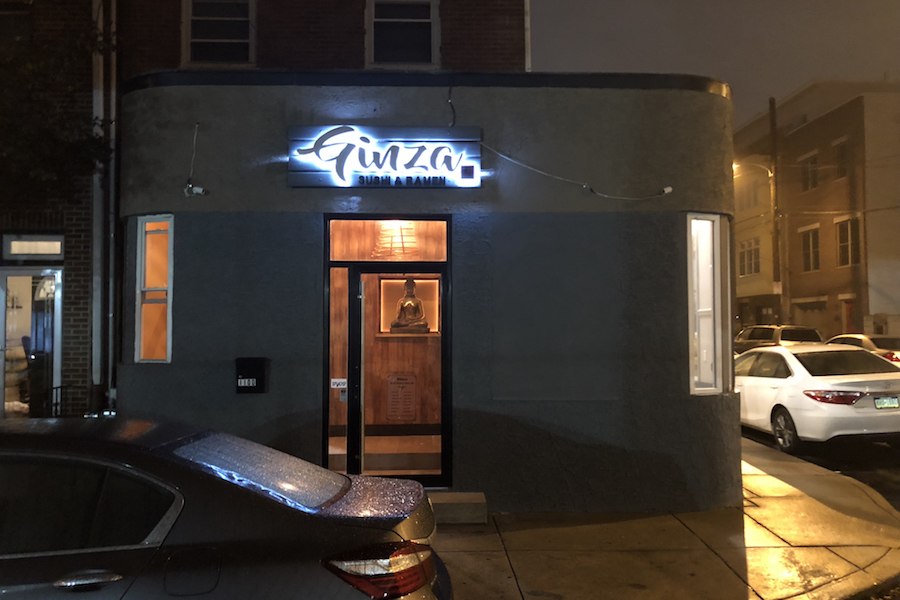 Way back in 2007, there was a gastropub in Pennsport called The Ugly American. It specialized in regional Americana cuisine, from upstate New York specialties like garbage plates (Rochester) and beef on Weck (Buffalo) to St. Louis-style ravioli to west coast fish tacos and southwest-style venison chili. Sadly, the Ugly American made it five years before it shuttered on its quiet corner at Front and Federal Streets. In 2015, a Pennsylvania-themed restaurant called Keystone was up next for the space. But it never opened.

At long last, the 1100 South Front Street address has been given new life with Ginza (no relation to the Ginza on the Main Line), a multi-concept Japanese BYOB from the folks behind Bubblefish in Chinatown, serving sushi, ramen, poke, udon, and everything else you might expect from a neighborhood sushi spot. 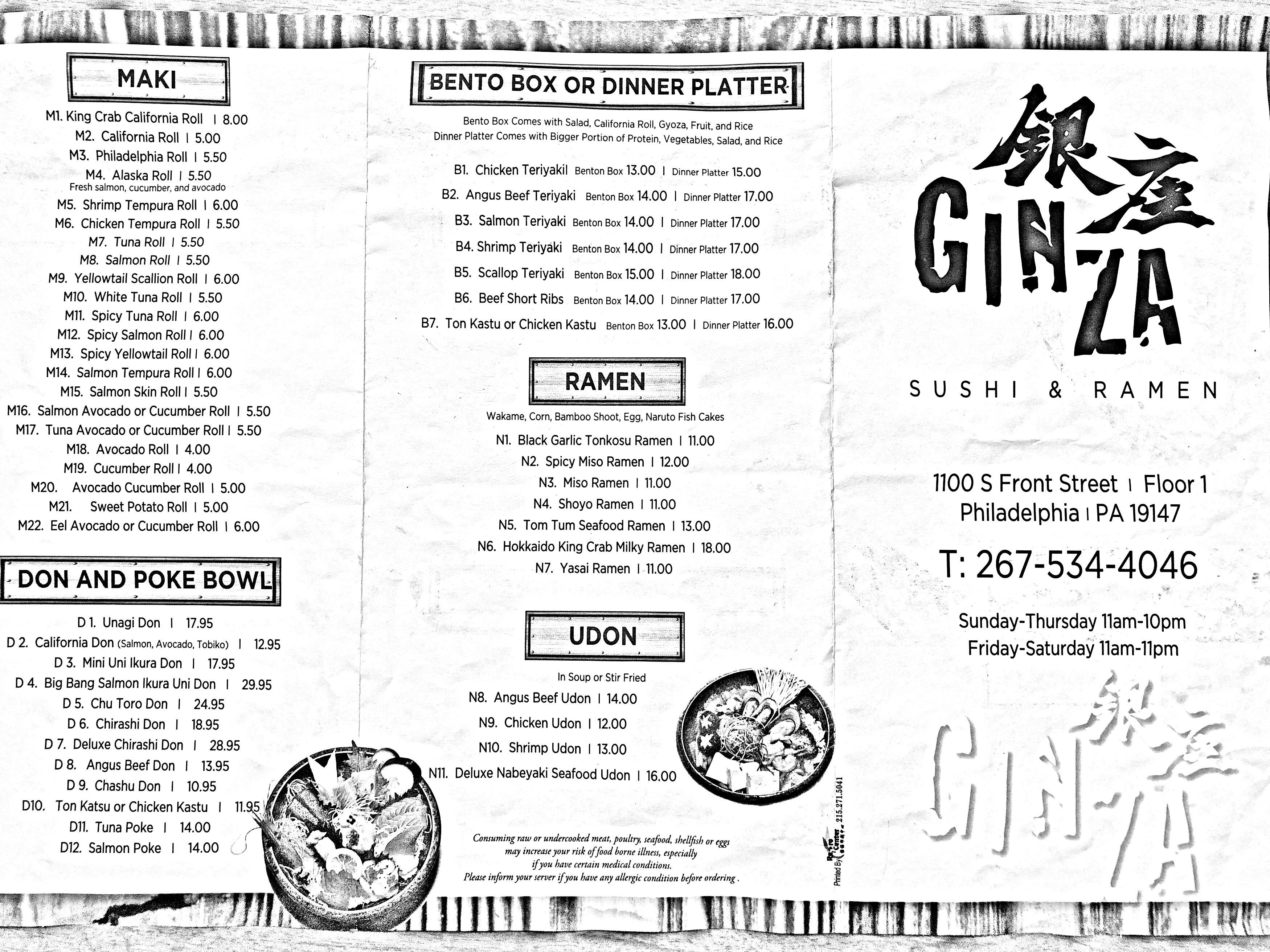 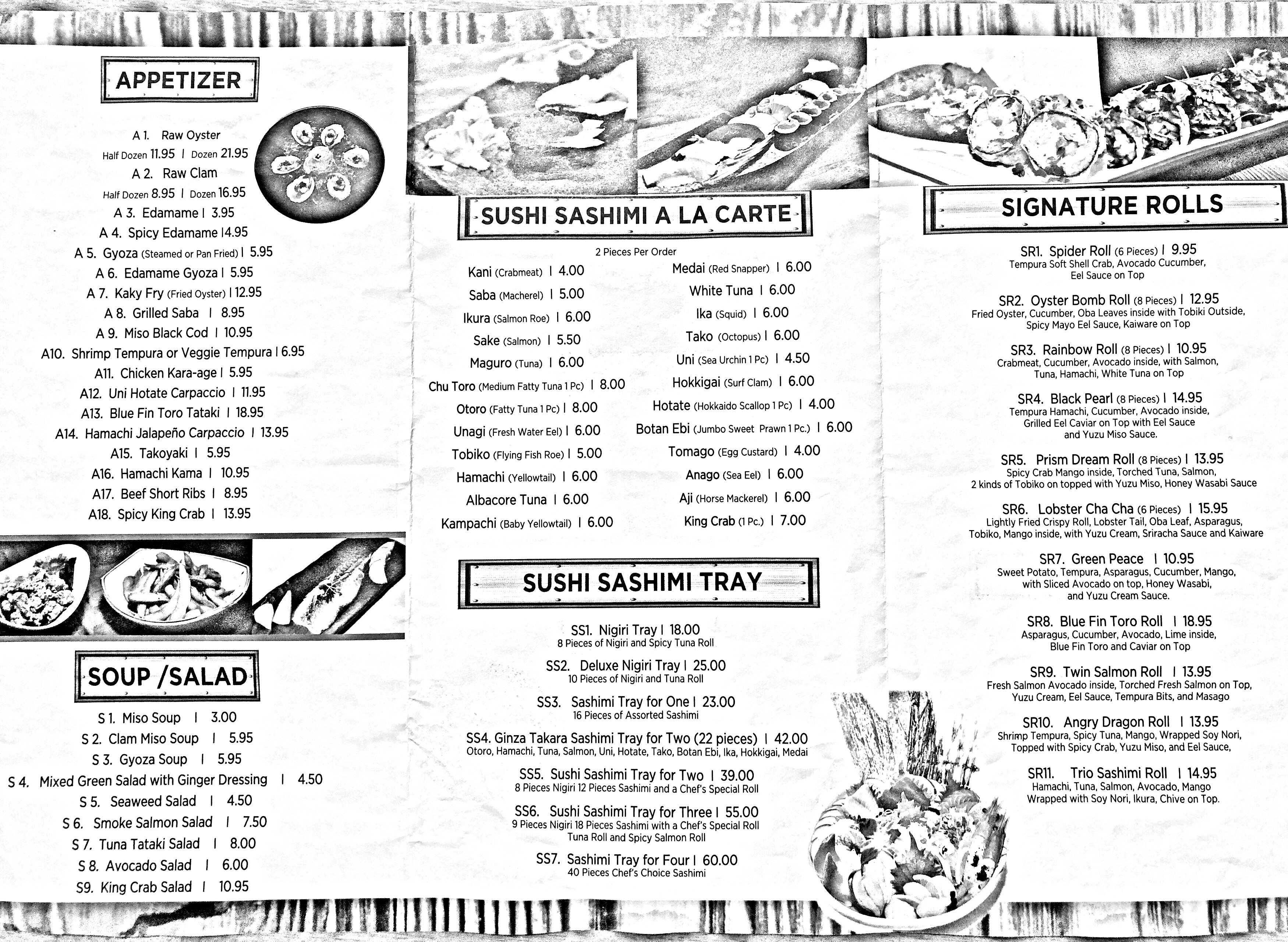