The Bercy looks like an idealized French restaurant in the middle of Ardmore. But looks can be deceiving. 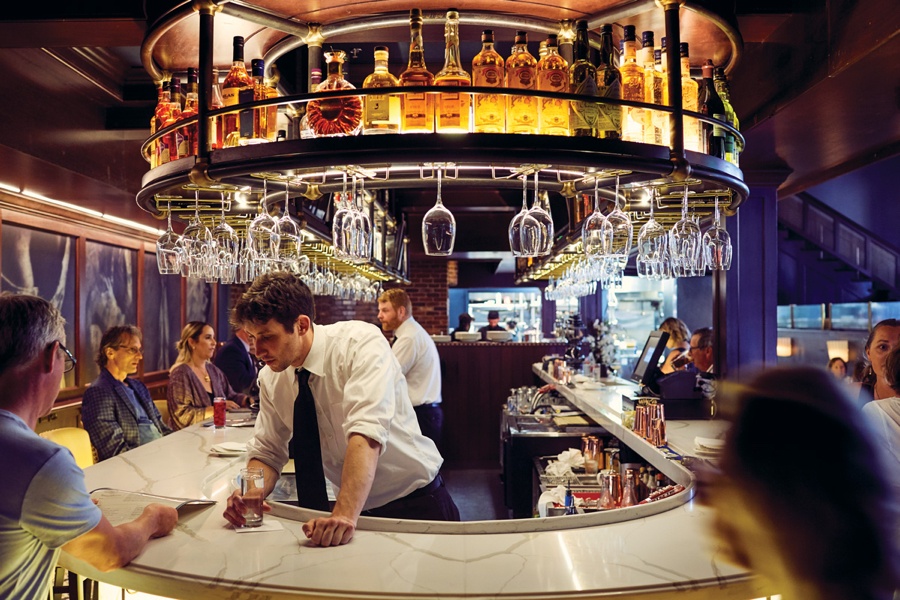 The bar at Bercy | Will Figg

The Bercy is beautiful. That’s the first thing you’re going to think when you walk in, I promise.

It is gorgeous. Lit like a 1940s movie set. Dim even in full daylight. Controlled. You enter through a long hallway in the old Haverford Trust building, push through glass doors. Everything beyond is dark wood, black and white tile, an impressive bar, and a wide staircase leading up to a mezzanine level that overlooks all of it. It’s the kind of place that feels like a RESTAURANT, all caps. Like your grandma and grandpa had dinner there on the night before their wedding, drinking too much house red and giggling over mispronouncing the French words on the big menus.

Weird, then, that the place has only been open a few months. That it’s a very new restaurant pretending at being old. A kid playing dress-up in an oversize suit. But the Bercy pulls it off.

Order This: The loup de mer, steak frites (if someone else is paying), and the cocktails from the bar, which are classy and well made.

Seated, you’ll hear one of two things and not much else. If you’re there on a normal night, during prime time, lunch or dinner, you’ll hear the crowd. The roar and clatter of it. Because of its openness, its high ceilings and hard surfaces, the Bercy is loud. And sometimes that’s okay. Sometimes it’s the sound of a big crowd having a good time, the bar staff burning through drink orders, the waiters rushing to and fro carrying plates. And sometimes it’s just noise, enough that it can be hard to hear someone right next to you.

But if you hit the place during a lull, like I did on one of my visits, you’ll hear the music. Old French music, scratchy and distant, like someone in the back is playing Edith Piaf on a Victrola. Remember that, okay? It’s going to be important later. 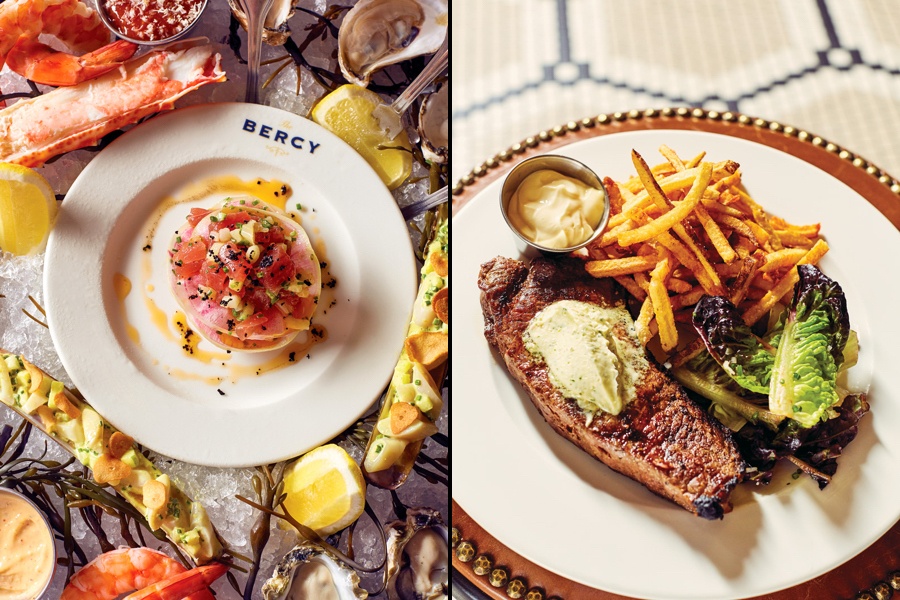 Seated upstairs, at a table tucked into a corner, I ordered chicken liver toast, and that’s where the problems started. The liver itself was … okay. Smooth, creamy, with that organ-meat funk and a sheen of schmaltz. But there was a whole dish of it, plus a side of stone fruit compote, and only two pieces of bread to spread it on. Also, the bread was thick-crusted, then burned on the grill, but that’s almost secondary to the fact that I could’ve eaten half the liver with a spoon (and might have, if it’d been just a little bit better) and I still wouldn’t have had enough bread to hold the rest.

It’s a little thing. I get that. A stupid, little, inconsequential thing. It’s just bread, right? Ask for more.

I ordered pissaladière, and it was fine. Again. It’s an onion tart, like a tiny sauce-less pizza covered with onions, a little bit of goat cheese, a little anchovy. The flavor was there. The balance was smart. But it was served on a white china plate. And when you put something with a hot crust — what’s supposed to be a borderline-crunchy crust — on china, what happens?

The crust sweats. Everything goes soggy. It’s why pizza joints use tin pans. At the Bercy, my white plate was a puddle of gray water, all condensation and oven char.

And again, that’s a little thing. A tiny operational detail. But it matters.

The brown butter sauce on the trout amandine tasted like nothing. The steak tartare was fine. The steak frites was passable, and ridiculously expensive. (Forty bucks for a strip and fries is insulting in a place that’s trying to act like a French brasserie). And then there was the loup de mer.

It was fantastic. The fish was perfectly cooked, moist under its crispy skin, with a spring bean salad in a bright vinaigrette. It was balanced, comforting, delicious, traditional as any workhorse dish and yet lovingly, carefully assembled by someone who knew what he was doing.

And that wasn’t luck. You don’t get something that right by accident. It was evidence of skill being muffled by small mistakes, and carelessness born of dedication to the image of a thing, not to the thing itself. The problems at the Bercy are really all symptomatic of one overarching problem that all has to do with vinyl record albums. 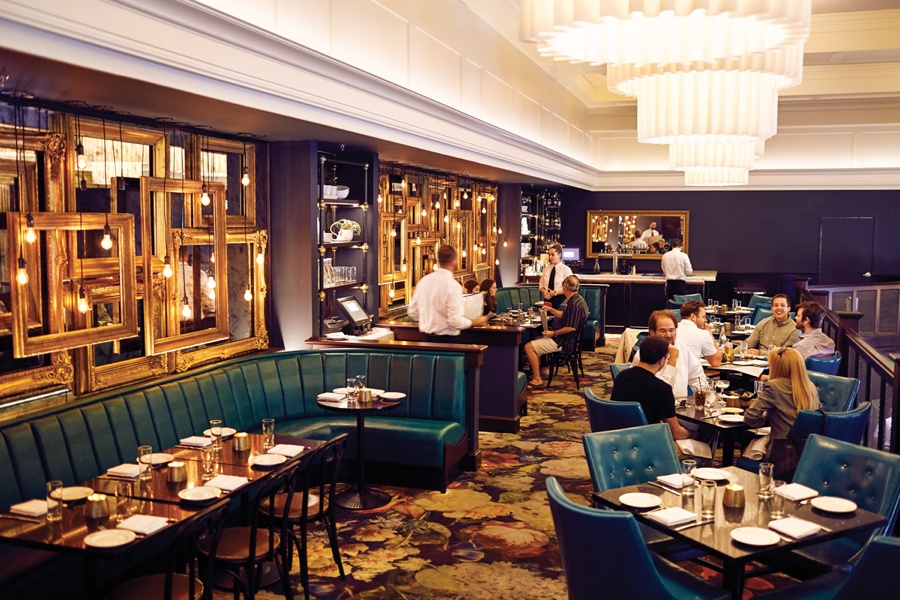 Dining room at Bercy | Will Figg

The reason vinyl lovers love vinyl is because of its honesty. Its imperfect intimacy. The physicality of it. Pops and crackles, that strange, almost haunted distance that comes in early mono — that’s what vinyl people love.

That’s how the music sounded at the Bercy. Except that I’m positive no one was actually spinning old French vinyl in the back. It was a Spotify playlist, or something like it. An assembled and curated French-ish experience made to exist in the background of a night out on the town.

The menu? Same thing. It’s like the Bercy’s kitchen knows exactly what French food is supposed to be like but cares less about the food itself than about the vague notion of gestalt Frenchness that the restaurant is trying to project. There’s talent there, but for now, the kitchen seems entirely happy with its Spotify version of French cuisine, the warmth and roughness copied with perfect digital clarity, with more concern for ease and accessibility than soul.