iPhone users in four sections of Citizens Bank Park can order select beverages from their phones and get them delivered to their seats during 10 games this summer. 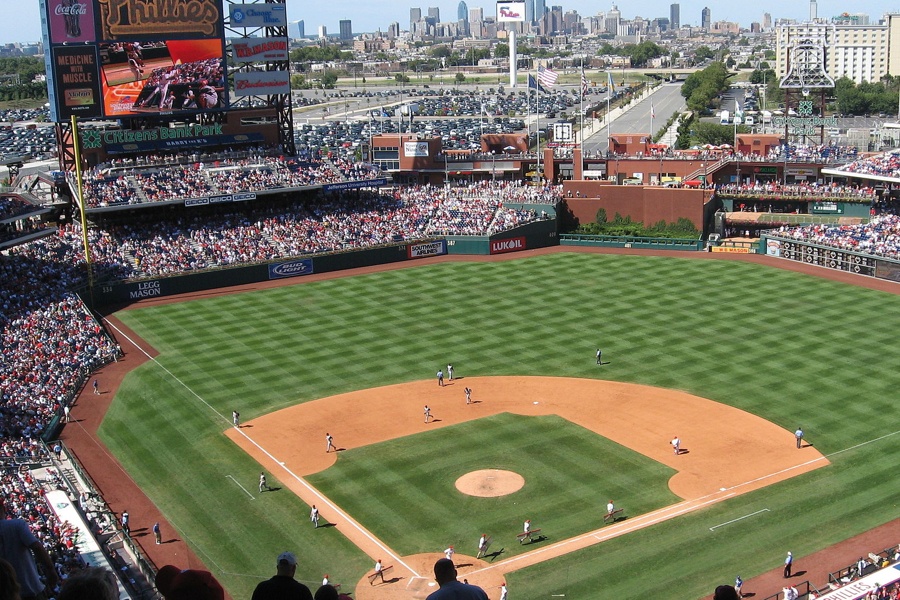 Thanks to Aramark and Apple, Phillies fans will soon able to order concessions from their phones and get them delivered right to their seats.

Citizens Bank Park and Aramark, which operates the park’s food and beverage services, are partnering with Apple Business Chat to pilot text message-based beverage purchase and delivery in select sections at 10 games this season. The pilot runs from tonight, July 20th, through July 25th and from August 2nd through 5th.

Fans with iPhones in sections 142, 143, 144, and 145 will be able to scan the QR code on the back of the seat in front of them with their camera, then follow prompts in the Messages app to place orders and pay for them using Apple Pay. Several years ago, the park introduced an app-based ordering service, but it’s currently unavailable — the app is incompatible with a new point-of-sale system implemented at the park this season.

No cheesesteaks, donuts, or edible cookie dough delivered to your seat yet, though. For now, only beer and water can be ordered via the messaging service.

The ballpark is the first in the country to test out this text-based technology.