See Who’s Cooking (Together) at the 2018 Audi Feastival

The celebration of art and food returns on September 27th — and we've got an early bird discount code for you. 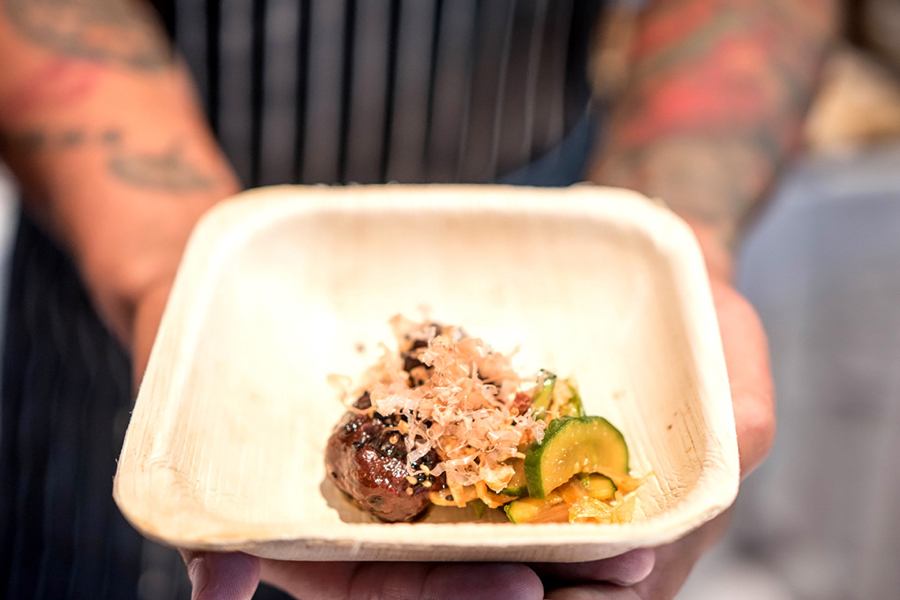 Audi Feastival is back on Thursday, September 27th for its ninth year. The epic blowout party that wraps up the Philly Fringe Festival will still blend art, entertainment, and food with live performances and cuisine from the best chefs in the city. But for 2018, they’re mixing things up a bit.

This year, 60 Philly chefs from different kitchens have been paired up by event co-hosts Nick Elmi and Michael Solomonov to create boundary-pushing dishes inspired by different areas of the city.

“Every year, the chef community has rallied around Feastival in support of FringeArts in a way that’s really remarkable,” says Feastival co-host Michael Solomonov, “For the 9th year, my co-host, Nick Elmi, and I wanted to push the creative envelope even further by challenging chefs to collaborate outside of their category and cuisine of expertise, to cook with their peers, to dream up something truly collaborative, and to use this as an opportunity to give guests an experience they won’t find anywhere else in Philly.”

See who’s cooking together below.

Cooking dishes in the tradition of West Philly cuisines like Caribbean, African and Indian will be:

Cooking dishes in the tradition of Kensington and Port Richmond cuisines (think Polish and Irish):

General admission tickets are $300 each, with VIP tickets going for $450 — but you can get 25 percent off both ticket levels until August 1st using the code JULY18. Get yours here.