Why Riverwards Produce Just Fired Two-Thirds of Its Chef Customers

Owner Vince Finazzo is making a big shift in his business model to prioritize seasonality and sustainability. 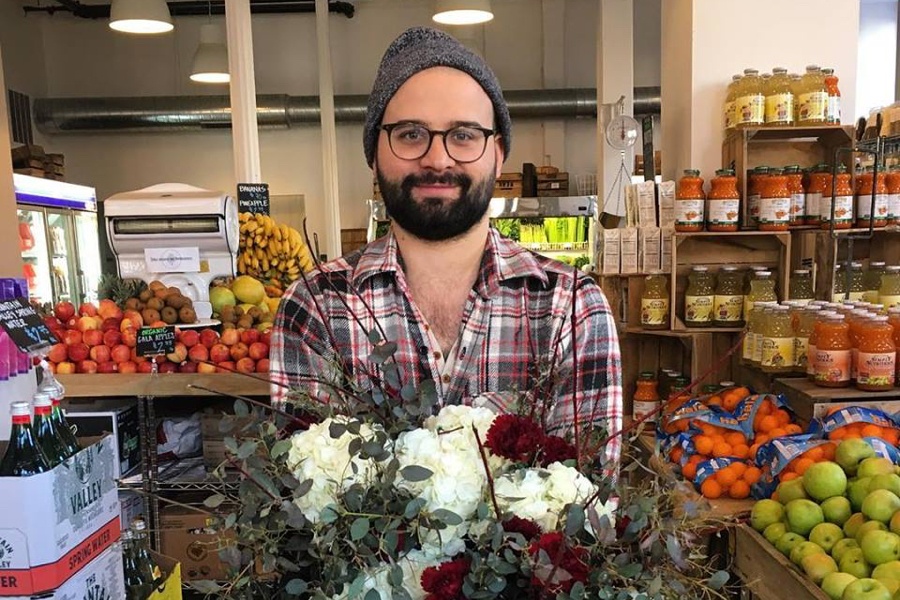 Behind the strawberries on the French toast at your favorite brunch spot and the baby greens in your salad at that new chef-y BYO is a ruthless battle among produce purveyors, each seeking to get ultra-perishable product to the city’s restaurant kitchens as quickly and as cheaply as possible.

And until a few weeks ago, Riverwards Produce was in the fruit and vegetable fray with the rest of the city’s produce jockeys, from small-time outfits supplying corner stores to multi-state corporations with armies of tractor trailers.

But owner Vince Finazzo has had enough — of the breakneck pace, the needless expense, and the waste. So he decided to drastically change the way he sourced and sold produce — prioritizing local farmers, reducing delivery frequency and food waste, and seeking a saner lifestyle for himself and his 21 hardworking staffers.

In doing so, he effectively fired two-thirds of his wholesale customers — but to Finazzo, aligning his business with his values is worth it.

We sat down with Fishtown’s prime produce purveyor to talk about sustainability, the cutthroat world of wholesale produce, and what it really takes to get fruits and veggies from a farmers’ field to the menu at one of the city’s top restaurants.

So what prompted this change in how Riverwards works with chefs?
The wholesale side of things started to get really crazy. We just kept getting more accounts, not just up here but in Center City and South Philly. And those customers were less concerned about the quality of the product itself and the origin and more just about the price, and “Can you get it to me at 9 a.m. tomorrow?” We ran like that for a good year and a half, almost two years, of just trying to get the best stuff that we could and turn it around in twelve hours, six days a week.

When you have a chef that finishes a shift at two in the morning, and they send us an order and they need it by 10 a.m. the next day, where do you think it’s going to come from? Do you think that any type of responsible sourcing is getting done? Do you feel like you’re not gonna have to rely on these bigger systems and the typical models of big agriculture?

We just kept going through this past winter, and it was really frustrating to see us selling tons and tons of stuff at really high prices because of the supply and demand. And other produce companies were coming in to restaurants that we work with and trying to undercut us. I know enough about the real cost of these things from like the brokerage background and how much people usually make, and they’re just cutting margins to nothing — just get the business, just to move the product.

That’s an Amazon thing — one of the things Jeff Bezos says: “Your margin is my opportunity.” Which is the most terrifying thing ever, because he doesn’t need to make money. He just needs to control the product and move it.

I had a core customer group that we are aligned with in that sustainable belief structure, so I decided to change the model. We could promote the local farms we work with. We could add so many more interesting products to our product sheet and really guide it to be seasonal.

Instead of a six-day-a-week delivery schedule, now it’s two days a week, and you’ve got to give us your order in advance. That way we can really support the local farming community as much as possible, because I can get an order, I can figure out who’s growing what, or I know already, and then I can get it from someone. Someone can pack it, we can pick it up, and we can deliver it.

I also believe that you have a political voice with the money that you spend — where I spend money on product will make an impact. Keeping it in Philadelphia and keeping it in the region is important. Like in the store, we really strive try to sell as much local dairy as possible. There is a huge thing happening with fucking Dean Foods and Walmart and it’s disastrous for dairy farmers in Pennsylvania. So as much as I can keep the money in the region, the better.

And you know, I could’ve just taken out a gigantic loan and bought four more trucks and a gigantic warehouse and just been pushing that model.

And yeah, it would probably work, but it chews people up and spits them out, and someone’s already doing it, and they’re already doing it better. Like, Baldor [a major produce distributor on the East Coast] is insane — an insane beast that should not be reckoned with. And I will not try to be their competition, because I can order something at 5 p.m. and they’ll have it here at 7 in the morning, and it’ll be on a gigantic truck, and I will look on that truck and that truck will be empty except for my order — which is insane, how that even works.

How did your customers react when you told them about the change?
The reactions were everywhere on the spectrum. I had Cake Life being like, “We are so happy to work with you. We’re so proud that you’re standing up for sustainability and changing your model.” And then some other clients — I won’t say who — were like, “We think what you’re doing is really stupid, and you’re gonna lose a lot of business.”

So that was awesome — it was actually really great. It was super awesome to be called stupid, because it made me think that this is probably the right thing to do.

There are a lot of kitchens that said, “Okay, we might not be able to work with you as much, but we definitely can still work with you for the special stuff.” They want to maintain the relationship — they like the personal touch that we can do, even by text. A great example is that I was on the farm the other Wednesday picking up tatsoi, and then texting about it to Sam Kincaid and Jon Nodler at Cadence and literally getting it to the restaurant on Thursday afternoon. Right now, I’m texting chefs about the first foraged mushrooms that are coming in — morels, yellowfoots, black trumpets.

How would you describe your ideal chef customer?
Someone that has a flexible menu, that’s into working seasonally, and somebody who understands agriculture and can ebb and flow with the seasons.

It’s a really strong business model. I would urge anyone that if they can do that, they should. It’s a way to take advantage of special items — to be unique, but also to make some money at some point. There are times when it’s tomato season, tomatoes are super cheap, and everyone has tomatoes. Everyone you know. And if you’re a restaurant and you don’t have tomatoes four or five ways on your menu at that point, it’s like, come on.

How many customers did you have before, and how many do you have now?
Probably 40 before, and now we’re at a core 15. Retail helps us balance that out.

The store seems like it’s going really well.
The retail is working. There’s definitely a lack in Fishtown for a community market. With the store’s success, we’re able to take more risks now on the wholesale side. For instance, foragers are already calling me up – “Do you want these nettles?” We can take the risks and offer a unique product to different kitchens around the city. We also have the exit strategy to reduce waste by pushing product through the market — that’s a big goal, to not have as much waste. There’s more of that happening on the market side.

And you know, everyone wants to be a chef, so those items actually sell at the market. Everyone’s watching Chef’s Table and looking at Instagram and Food52 and Bon Appétit. And they’re eating at all these great restaurants in the city, and there really isn’t a place where they can find some of these ingredients to try it for themselves. We have a lot of DIY food people that are super into it, and now they’re coming here and asking for more and more obscure things every day. Sea beans, salsify, Sorrento lemons, local hothouse heirloom tomatoes while it’s still winter.

You mentioned that reducing waste is a big goal of yours.
I still work with a lot of these big distributors. So the same distributor that we’re getting kumquats from, he’ll sell me number two certified organic lemons — they have scars, they’re ugly. But they’re a lemon, you know? This might not be the lemon that you garnish a cocktail with at Zahav. But this is a lemon that, one, is organic. Two, I’m reducing waste because a lot of these ugly imperfect things get cast aside so much. Or they don’t even harvest it or if they do it’s just like trashed. So I really strive to grab that stuff as soon as we can get it.

We’ve also started using Food Connect to take items that we really can’t sell to food pantries and other folks who can use them. It’s amazing. We’ll also be selling Abundantly Good cheese from Philabundance — it’s made with excess milk from dairy farms, which are really struggling right now.

Now that you’ve switched things up a bit with your customers and your sourcing, what’s next?
Later this summer, we’re going to open up the warehouse in Port Richmond on certain days, just for chefs to come, check things out, and shop — but just chef stuff. So it’ll be a little bit more raw, just boxes open.

It’ll give them the opportunity to get their hands on some stuff — because everyone’s so busy, and when you order something off a list, typically there isn’t an image to go along with it. And you have this idea of what it is in your head and then it shows up and maybe it’s not what you had planned, or it’s a different size than you imagined — the radish is bigger or smaller or something. This will be an opportunity for them to conceptualize menus, too.

We’re also going to start delivering flowers — a fresh, seasonal bouquet, or stems if you wanna break ’em up. Just for restaurants, though. Everyone’s like, “You should start an organic goPuff!” No.

So the more that I can focus locally, that’s how I can make a difference. It’s making the choice not to support some of these big agriculture systems and to support the systems that are closer, spend money there, and use less fuel, use less resources. We’re trying to be smarter and deliver a better product.