The Fair Food Farmstand in Reading Terminal Market Is Closing

The nonprofit organization will continue its work advocating for local farms. 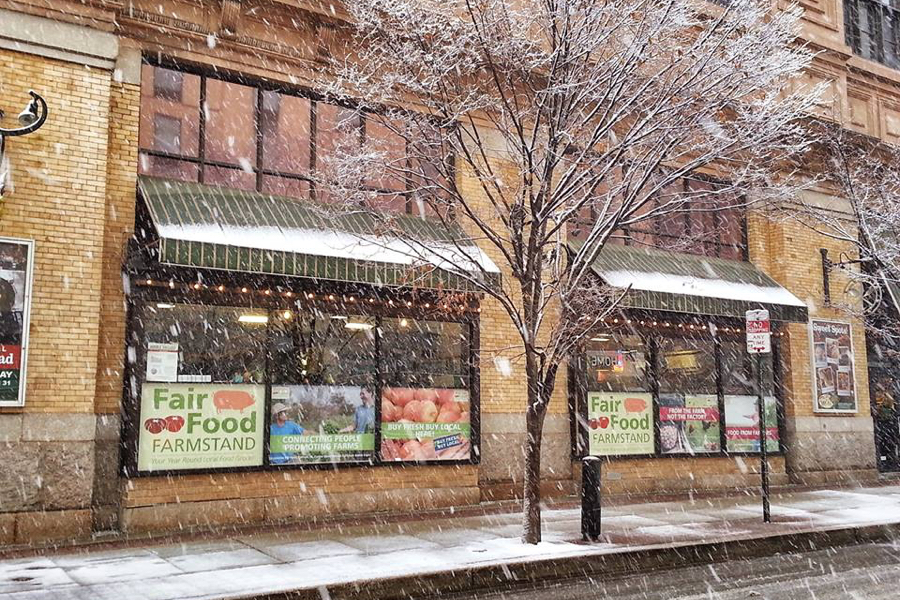 After 15 years, a pioneer of Philadelphia’s local food scene is closing its doors.

Fair Food, the nonprofit organization that runs the Fair Food Farmstand in Reading Terminal Market, has announced that the all-local grocer will cease operation sometime this month.

“Local food is much more broadly available now in the retail marketplace than when the farmstand began, which has proved a double-edged sword,” wrote interim executive director John Rhoads in an email announcement yesterday.

“From Fair Food’s non-profit perspective, growing competition is proof our overall mission has been successful,” he continued, “but it does not guarantee continued profitable operation of the farmstand.”

Fair Food will continue to exist as an advocacy organization, promoting local farmers and producers to consumers and chefs. The Philly Farm & Food Fest, the organization’s annual local food festival, will continue and is scheduled to take place at the Navy Yard on October 28th.

The Fair Food Farmstand grew out of restaurateur Judy Wicks’s mission to support local farmers at the White Dog Cafe — an unorthodox move back before local food was as trendy or available as it is now. She hired Ann Karlen, who worked as executive director of the organization before stepping down last year, to promote local food to other fine dining restaurants in the city.

Fair Food also set up a folding table offering frozen cuts of local meat, which was then hard to find, in Reading Terminal Market’s Center Court space in 2003. Demand for local food soon grew, spurred by bestselling books like Michael Pollan’s The Omnivore’s Dilemma, and the Fair Food Farmstand was established as a permanent market vendor.

At its height, the Fair Food Farmstand sold a wide variety seasonal produce year-round, pasture-raised meats, dairy and eggs from heritage breed animals, value-added products like jams and pot pies, and artisan cheese, sourced from farmers within about 150 miles of Philadelphia.