What to Eat This Weekend: Steaks, Lobsters and Ice Cream

Let's indulge while we can — before the weather or the world chases us all back indoors again. 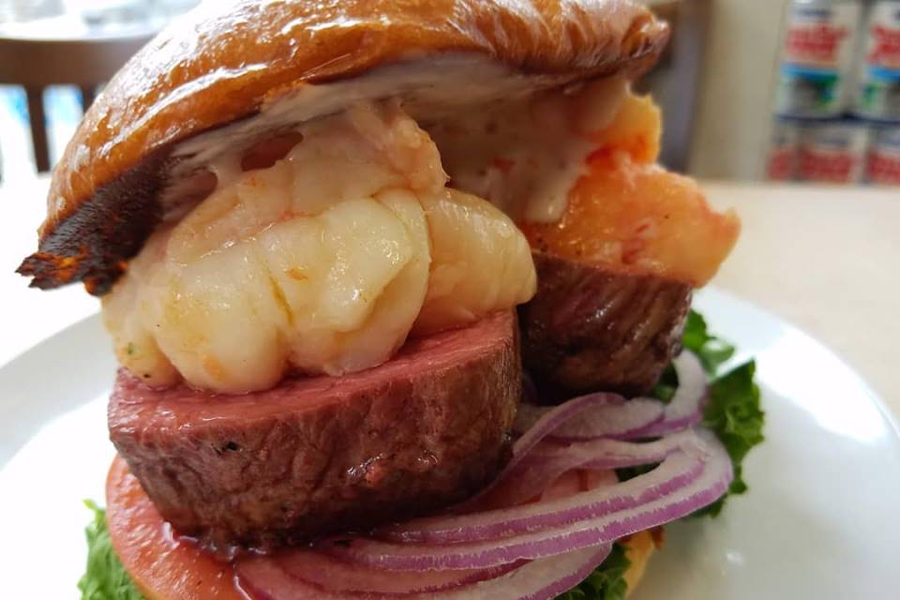 There’s a sense in the air like spring might be an actual possibility. We all know it’s a lie — a little tease from the seasons — but why can’t we all play along, too? So with Valentine’s Day done and nothing ahead but a long slog toward sunshine, we should indulge while we have the chance and treat ourselves to something decadent this weekend.

And we’re going to start with…

Why not? Ice cream doesn’t just have to be a summer food. So while it’s still warm, let’s all head over to Weckerly’s for a couple scoops of Beard of Bees (honey ice cream with almond clusters) on one of their feather-light waffle cones. Then, if the snow comes back, at least we can meet it with a belly full of ice cream and a memory of spring in the middle of February.

And Then More Ice Cream

Big Gay Ice Cream is serving two special flavors for President’s Day weekend. The first is horchata, flavored like the Mexican rice milk and cinnamon drink. The other is Cheat-Ohs — which, of course, is made with actual Cheetos. Both of them will be gone after this weekend — one of them too soon, the other not soon enough.

Three suggestions here, all too often overlooked. First, Double Knot makes fresh donuts every day for its daytime coffeeshop persona. They’re seasonal, interesting and perfect for a lazy weekend morning. Second, Distrito has some really good churros. And while it might be weird to go there just for churros, maybe it’ll feel less weird if you order three plates of them. Finally, Poi Dog does Japanese andagi donuts as a dessert that are (a) fantastic and (b) as cheap as everything else on the menu.

Write this one down: Ippolito’s, the seafood market in South Philly, is serving a surf and turf sandwich this weekend at its restaurant. A four-ounce filet mignon topped with butter-poached lobster and garlic aioli. It’ll run you $18.99, but who cares? This thing looks nuts and you should absolutely eat one. The only complication? They’re only available while supplies last, and supplies probably ain’t gonna last that long.

Finally, a Victory Lap in Kensington

A few days ago, we reported that chef Damon Menapace was going to be taking over the kitchens at Le Virtù and Brigantessa. But we’ve also heard that, for the moment, he’s still behind the line at Kensington Quarters. So if you’re looking to get in one last meal there before he takes off for East Passyunk, this weekend might be your last chance.