Celebrate the Eagles’ Victory With This Greased Pole Donut 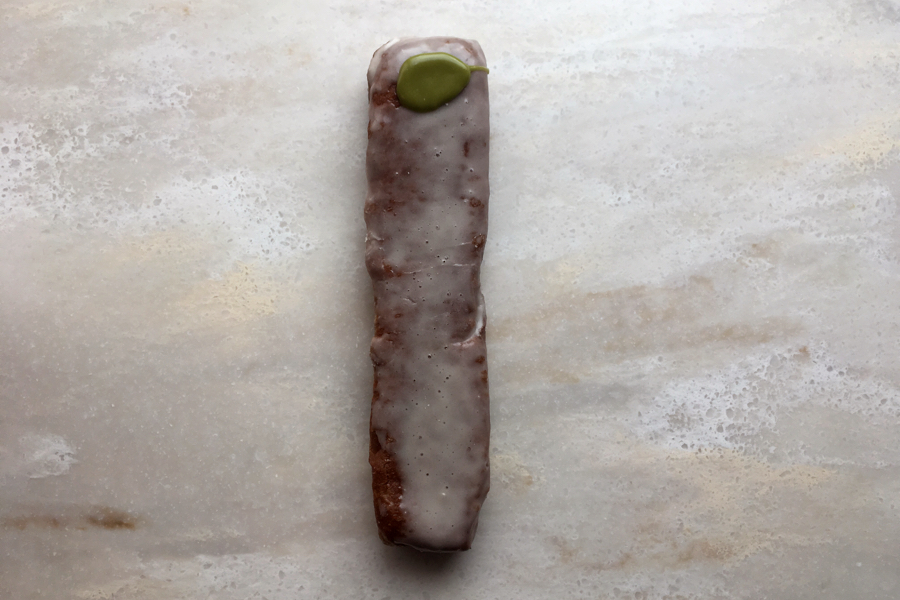 An Eagles fan on a greased pole, captured in donut form by Dottie’s Donuts. | Photo by Alex Jones

And vegan donut shop Dottie’s has the perfect hangover treat for the green-bleeding Eagles fan: the Eagles Fan on Greased Pole donut, a work of art in pastry and sugar that captures the indomitable joy of Philly’s underdog sports fans in a rare moment of victory. Despite the Philadelphia Police Department’s best efforts to keep folks from climbing light poles after the game, fans found a way.

Dottie’s manager and baker Quinton Johnson came up with the celebratory long-form donut, which is a chocolate dough (the pole) coated in a vanilla glaze (the Crisco) and crowned with a dollop of green matcha glaze (the jubilant Eagles fan, climbing ever higher in triumph).

Greased Pole donuts are available today at Dottie’s locations in Cedar Park and Queen Village while they last. The shop has also nixed its Boston cream flavor until the Birds inevitably win the Super Bowl, replacing it in their rotation with a cookies-and-cream option instead.