Wash West's new underground bar is adding live jazz, a slew of bloody marys, and a familiar shakshouka to your weekend. 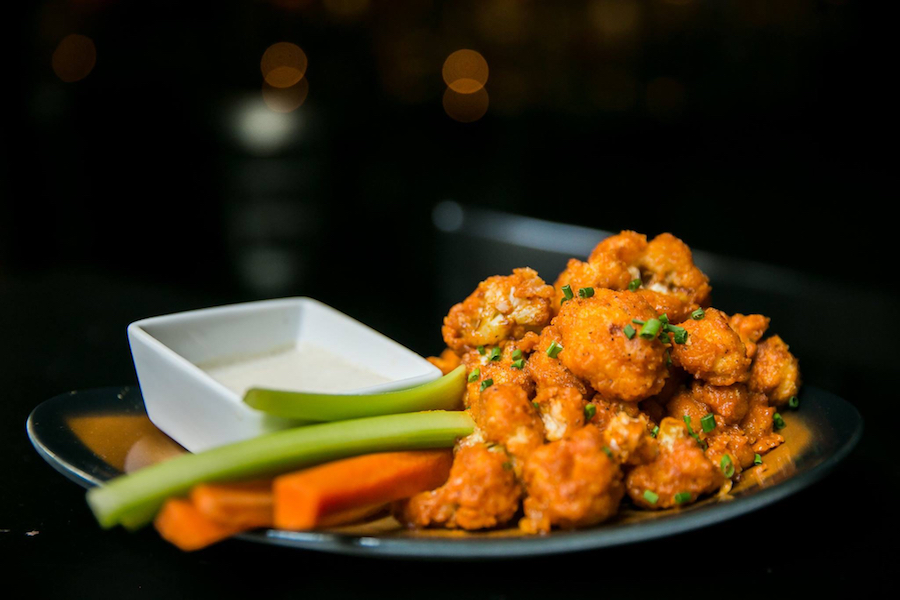 Gene LeFevre’s new subterranean gastropub on Walnut Street is nearly three months old, so the crew over there (down there?) is really getting into the swing of things. And because Noord’s Joncarl Lachman has joined LeFevre’s little restaurant group as a partner, he’s helping out in the Six Feet kitchen the same way he is at M Restaurant — by giving it a bit of that brunch magic that’s made Sundays at Noord and every day at the Dutch so popular.

So look forward to deep-fried bread pudding (basically, french toast), loaded tots, and the return of Neuf’s shakshouka — a dish our critic loved: “The balance between tomato sweetness and chili heat perfect, especially when smoothed out by the slickness of the poached egg, and with just enough sour feta cheese to make you chase the taste of it all the way to the bottom of the bowl.” There’s also a bloody mary menu named after the seven deadly sins. 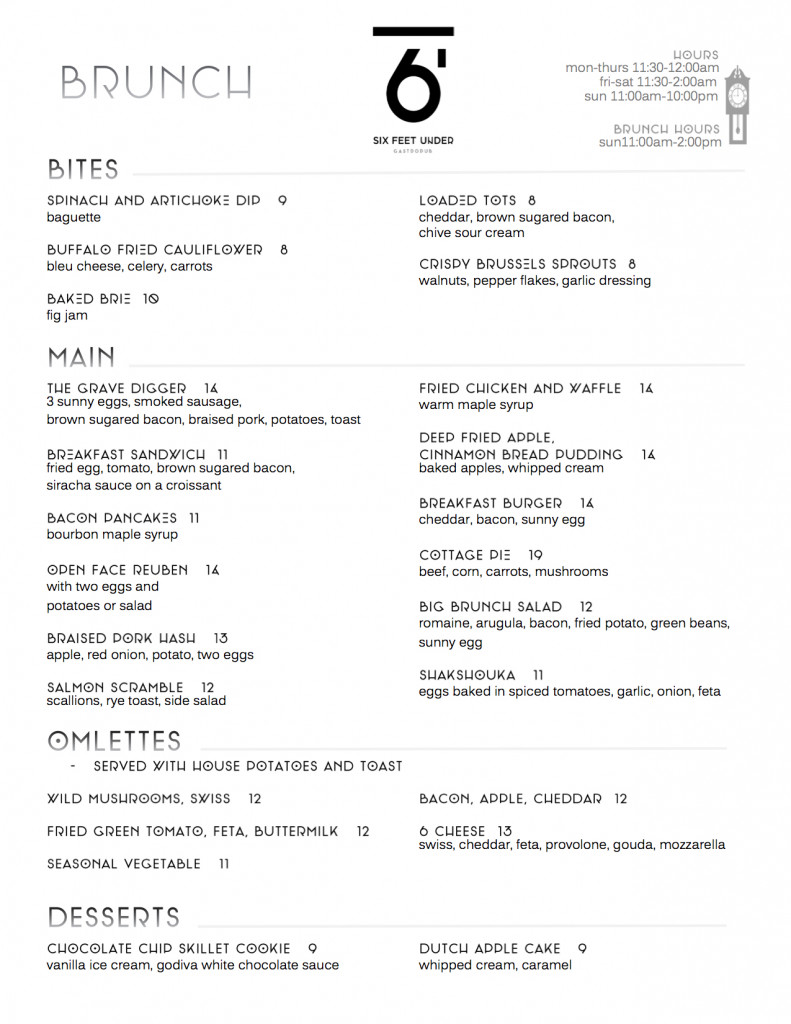 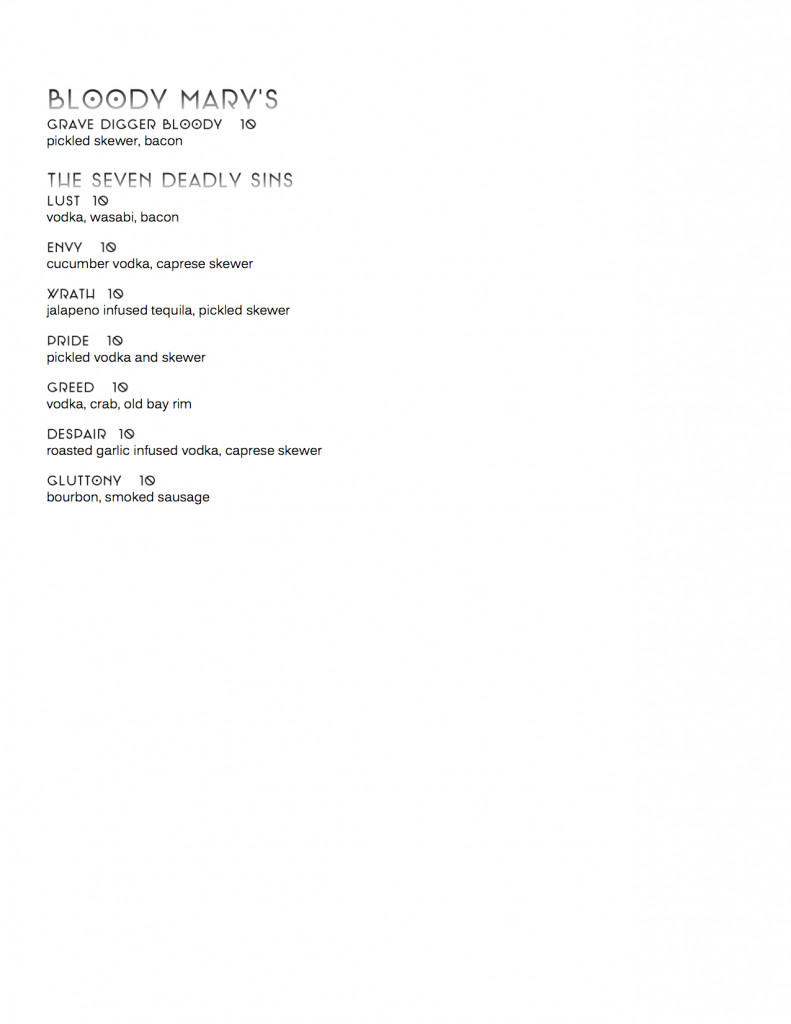