In 2017, Michael Solomonov took home Outstanding Chef honors at the James Beard Awards. But is he still a chef or is he now an entrepreneur? 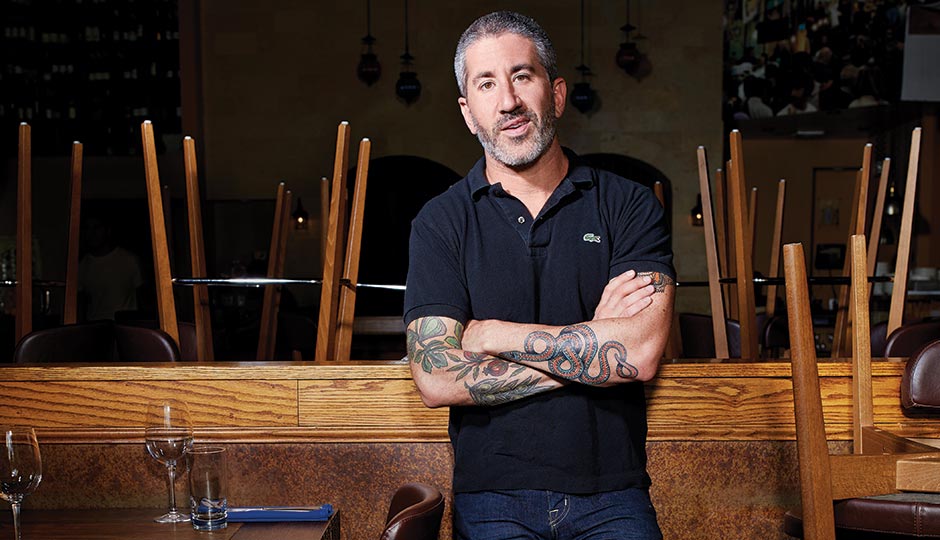 Michael Solomonov was in his chef’s apron, dusty with bread flour. Zahav was still brand-new, in 2008, and he was rolling out disks for laffa, the chewy, rumpled cousin of pita. This was my first sight of him in his new digs in Society Hill, before it all — before the documentary searching for the soul (if there indeed was just one) of Israeli cuisine, before the stardom (James Beard’s top chef honor), before the street-food eateries (among them a hip hummusiya and a falafel joint called Goldie), before he got clean, before he fully healed from his brother’s death from a Hezbollah sniper’s bullet, and all the rest.

Before even the FedNuts expansion. And it was seven years, too, before the release of his thunderclap of a cookbook, a refreshingly utilitarian tour de force (and tour of the Bulgarian, Moroccan, Arabic and Palestinian flavors that inform the Israeli kitchen). In it, he proclaims his destiny: “to translate this food for the American palate” — to share the lemony tang of sumac, he says, the mellow excitement of a bowl of Yemenite soup and twice-cooked eggplant dark with char. It’s a mission now accomplished. Is he still a chef, though, he was asked recently, or is he an entrepreneur? Maybe “ambassador,” he ventures. In Society Hill, he hasn’t stopped stretching laffa disks, but regrets it’s often only a few days a week: “Truthfully,” he says, “I still like doing that more than anything else I do at Zahav.”

—Award-winning writer Rick Nichols is a longtime observer of the Philly food scene.