It's sort of the anti-PSL. 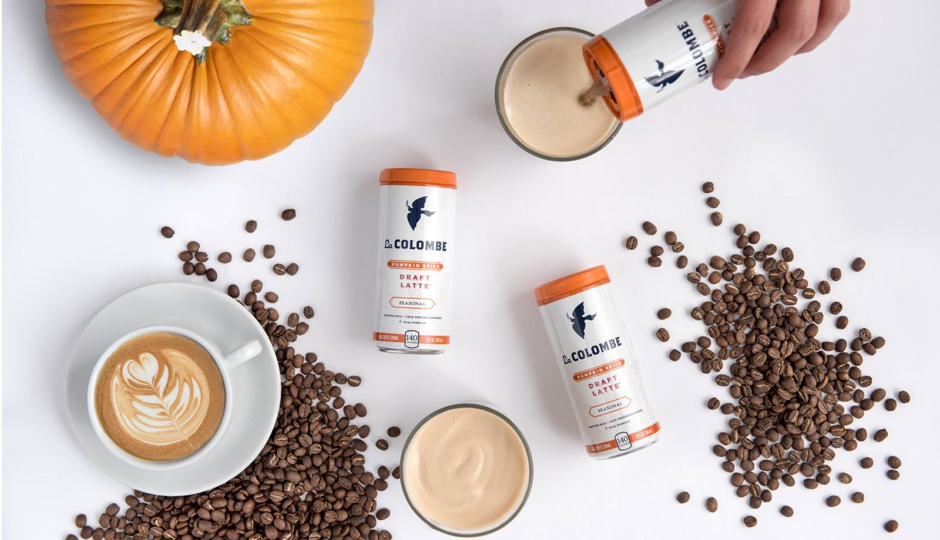 For the first time in a while — thanks, climate change! — it’s actually feeling like fall in early September. And autumn’s arrival is a cue to pull out your favorite sweater and keep an eye out for Honeycrisp apples at the farmers’ market.

It also heralds the return of the PSL (pumpkin spice latte, to those of you who have been blessedly ignorant of this cloying coffee trend until now) to seemingly every coffee shop and convenience store in the land.

This year, hometown heroes La Colombe decided to get into the pumpkin spice game, releasing an edition of their canned draft lattes spiked with real pumpkin puree and just a hint of sugar.

And you know what? It’s not gross!

First, a little context: As a former barista/current owner of taste buds, I fall firmly in the hater camp when it comes to coffee drinks flavored with pumpkin spice (or made with eggnog, or colored to look like a Lisa Frank Trapper Keeper, or whatever).

I find that the drinks at Starbucks — which originated the cursed beverage in 2003 — lands somewhere on a flavor spectrum with “tire fire” on one end and “supermarket birthday cake frosting” on the other. Bitter flavors are avoided in our culture, but that’s the taste of reality: greeting the morning to a well-brewed, appropriately bitter cup is the wake-up call we deserve.

I also believe that it’s 2017, and with all the independently-owned third-wave cafes and roasters in Philly, no self-respecting caffeine addict should drink anything from the Seattle-based megachain unless they’re trapped at an airport (although in PHL’s Terminal A, you can score a cup from La Colombe’s no-longer-independent-but-not-yet-ubiquitous empire).

So if you absolutely must have a pumpkin spice latte, consider La Colombe’s. The can is emblazoned with a cheerful orange, so everyone will know you’re indulging in obligatory seasonal basicness while retaining a modicum of class. It’s flavored with real pumpkin puree and “just a pinch” of cane sugar.

And nutrition-wise, it’s probably better for you than the alternatives: La Colombe’s PSL clocks in with 30%-50% less sugar than its Starbucks and Dunkin’ Donuts made-to-order and bottled counterparts and has fewer calories and less fat than nearly all its competitors. They get a little concern troll-y about “the risk that traditional pumpkin spice lattes pose to the public’s tastebuds and health” — guys, you’re not exactly shilling water here — but they’re not exactly wrong about that.

But the real reason I like it? It tastes, well, grown up. You can taste the coffee, with the subtle pumpkin flavor playing off the natural sweetness of the milk. And there’s just the slightest hint of spice.