Screw It. Let’s Just Go to This Post-Apocalyptic-Themed Restaurant in Fishtown

Mad Rex will open this September with machetes, gas masks, a full-sized helicopter, and a virtual reality chamber. 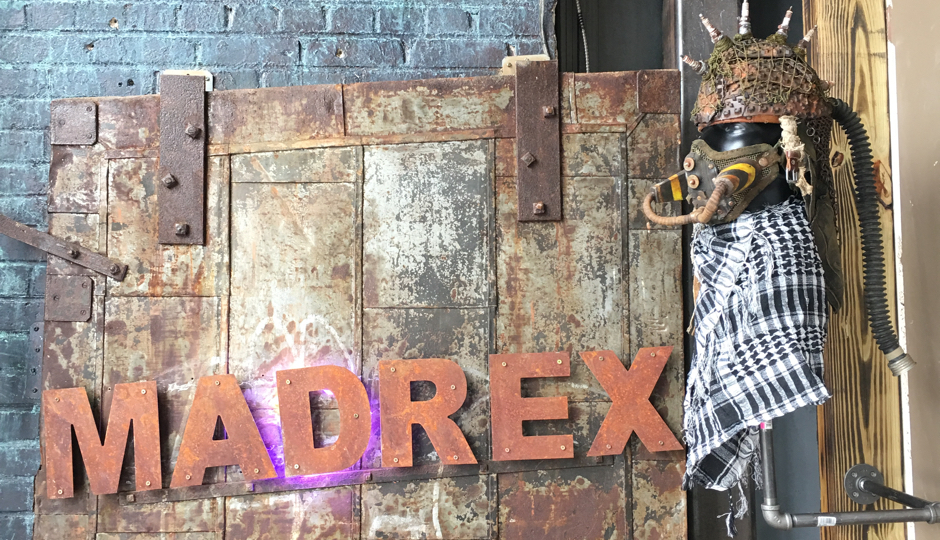 You win, World. Want me to get excited about Mad Rex? Okay, you got it. I am now excited about Mad Rex, the post-apocalyptic-themed restaurant opening in Fishtown. Because, believe it or not — and whether we want it or not — Mad Rex is happening. It will exist here in Philly (1000 Frankford Avenue). And it will open to the public by the end of September.

It’s the first of its kind, Mad Rex. “The first in the world,” according to part-owner Michael Johnigean. A mammoth, 230-seat restaurant built out like a post-apocalyptic museum (with artifacts “hand-made by artists in Poland, London, Russia and Italy, as well as the USA”), complete with an airplane crash-landed in the dining room, a virtual reality chamber, and a sexy, sultry “be a survivor” attitude. He calls it an “entertainment eatery.”

Which means pomp. Excess. Razzle-dazzle, baby! “You’re not sitting there on your iPhone or iPad, bored out of your mind. You’re going to be entertained,” he says. That VR chamber? Mad Rex (an acronym, by the way, for Restaurant Entertainment Xperience) is, allegedly, the first restaurant in the country to own one. It says so right on its crowd-funding page, where it paints the scene:

First, picture a post-apocalyptic themed restaurant environment. Then, imagine around the corner from your dining table, is a lounge that turns that theme into reality – VR that is.

Food? Heck yeah, there’s food! Barring the walls decked-out with machine guns and rusty machetes, and the helicopter hanging from the ceiling, Johnigean calls Mad Rex a “food-first” experience. Peter Rule — who’s stacked his resume with places like Brigantessa, Will, Wister, Fork, and Avance — is leading the charge with a “scratch-everything kitchen” of responsibly sourced goodies from local farms. And whatever he’s not cooking in the kitchen, you’ll be cooking at your table on hot rocks and salt blocks, like the survivor that you are.

You’ll love it. Johnigean says so, and he’s got 30 years of real estate experience in Florida, so you know he knows what’s up here in Philly. He calls Fishtown the “perfect” spot for Mad Rex. Why? Because Fishtown is full of artistic people; he knows this because he saw them all in line for a show at the Fillmore once. The staff will be in uniform (themed, of course), and they’ll choose a new accessory at the beginning of every shift, so that they can be entertained, too.

“People are going to love it,” he says. He speculates that they’ll even get dressed up to go. And I’m sure they will. 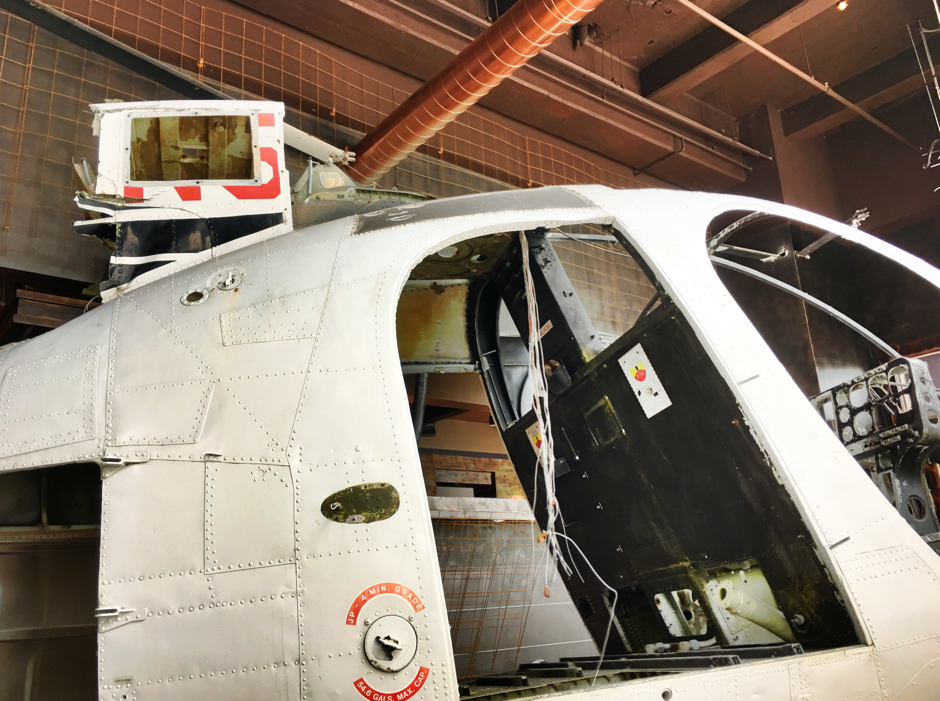 Helicopter, to be suspended from the roof.

Do I have reason to be suspect of the entire operation, through-and-through? Obviously. But am I excited for this? Sure am. Why? Because, eh, fuck it. We’ve made our bed. Time for a nap.

Oh, by the way, right outside of the venue, a truck appended with machine guns will look as though it was set aflame. You’ll be able to see it from Delaware Avenue.

Because it’s the end of the world as we know it at Mad Rex. Inside and out.