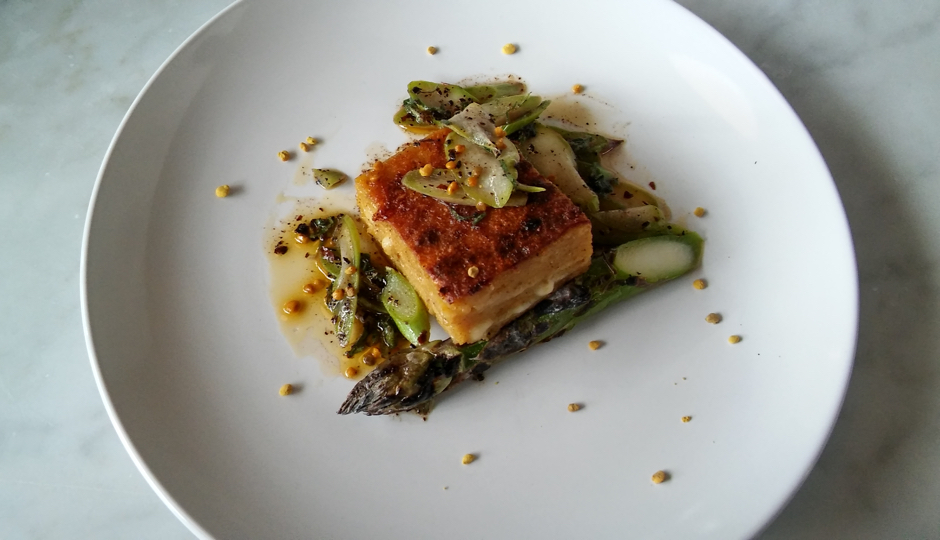 Philadelphia Distilling opened a shiny new facility in the old Ajax Metal Building — also home of The Fillmore — at 25 East Allen Street back in February.

From the start, they’ve offered a seasonally-driven cocktail program featuring their Bluecoat dry and barrel-aged gins, 1681 vodka and its Old Bay-infused sibling The Bay, and Vieux Carré absinthe. But it wasn’t until spring was in full swing that they quietly hired chef Ari Miller, who has been turning out exciting, exquisitely crafted small plates that wowed us at first bite.

Here are five reasons you should be eating at Philadelphia Distilling now.

1. You can’t beat the atmosphere.

The 18,000-square foot facility is part of the new LiveNation entertainment complex, tucked away in a corner of Northern Liberties between I-95 and Delaware Avenue. Most of that is taken up by distilling equipment, but the tasting room is expansive, light, and airy, with vaulted ceilings and a bar with a view of the shiny copper stills in the production area. There’s a sense of tranquility about the space, too: sit at the marble-slab bar with a cocktail on a quiet afternoon and watch the nattily clad bartenders defy gravity with sprigs of sage and mint artfully arranged on the rims of drinks — it’s the closest you’ll get to meditating over happy hour.

2. The cocktails are stellar.

As you’d expect — but there’s a thoughtfulness and gentility to their offerings, half of which are simple, straightforward and classic as the Gimlet (Bluecoat dry gin and fresh-squeezed lime) and Death in the Afternoon (Vieux Carré absinthe and sparkling wine).

The other half? A list of house cocktails that call out local terroir and Philly landmarks — like the Penn’s Woods, a sparkling refresher that springboards off of Bluecoat dry’s botanicals with a sylvan combination of dill, coriander, basil, and lemon — or the sweet-smoky-spicy Goretti Girls, which boosts the rich flavor of barrel-aged Bluecoat with smoked pineapple, esplette peppers, and Fresno chiles.

And since the menu doesn’t include sweets (yet), try Under The Elm, Bluecoat dry gin turned light dessert with house-made pistachio orgeat, lavender, honey, and vanilla. 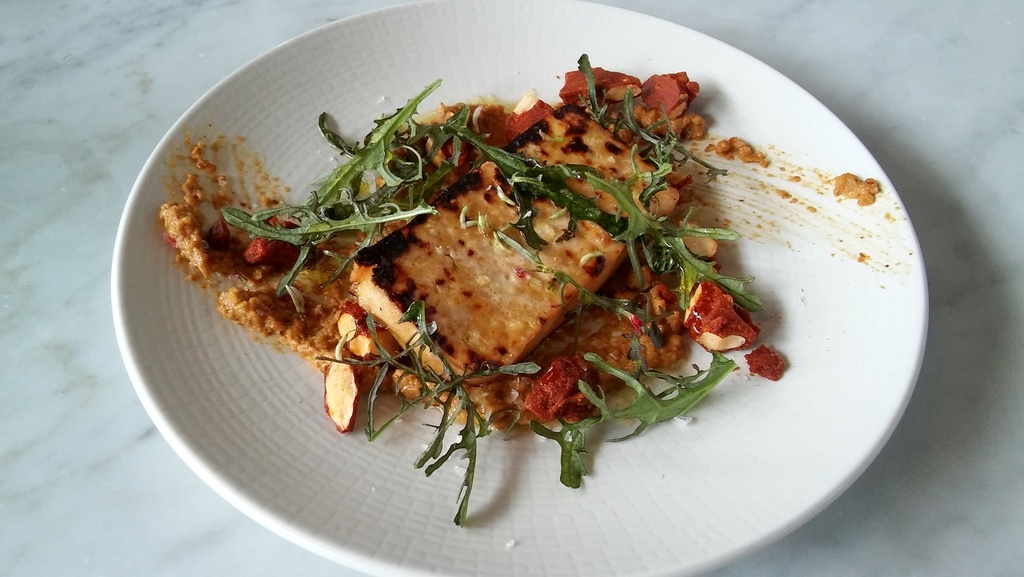 3. The chef has had a somewhat unconventional path.

While living in Tel Aviv, Ari Miller abandoned his onetime calling — journalism — and dove into chef life. Back in Philadelphia (he’s a native of Bucks County), he worked at Percy Street Barbecue and High Street on Market before striking out on his own with Food Underground, a pop-up dinner party service. Through Food Underground, Miller launched Cooks’ Canvas, a roving series of dinners held in venues like Balboa and Reading Terminal Market’s City Kitchen that give line cooks at top restaurants like Fitler Dining Room, Helm, and High Street a chance to show off their chops.

While we’ve always been impressed with Miller’s cooking and his dedication to maintaining relationships with local purveyors, the quality and inventiveness of his food in the context of bar snacks was a little surprising: his food is a far cry from the elevated pub grub typically served at bars alongside beers or spirits here in Philly. Plus, it matches the sophistication of the distillery’s cocktail program with (for now) nothing more than a tabletop Konro grill and an induction burner.

4. …and he’s loyal to his crew of local purveyors.

These relationships give Miller the best possible ingredients with which to compose his small-plate masterpieces: surrounding yourself with purveyors at the top of their game is half the battle.

5. The menu changes seasonally, so new bites are always in the works.

A vegan dish on the menu now is based around organic tofu (from Allentown-based Fresh Tofu) that’s marinated in rhubarb juice, then grilled and topped with smoked almond brittle. Charred polenta from Anselma Mills in Chester Springs is loaded with pockets of Valley Shepherd Creamery’s Oldwyck Shepherd sheep’s milk cheese. And Primal Supply’s chicken hearts get chicken-fried and paired with spicy slabs of pickled green tomato.

Miller has teased a few new dishes in the works, too — they’re slated to rotate in as the seasons change. He’s planning to pair a pastured pork/grass-fed beef blend slider on a Lost Bread Company roll with tempura-fried pickled bamboo shoots. It’s meant to accompany the bar’s Little Thai Market cocktail, an herbaceous combination of Bay vodka and Bluecoat dry gin flavored with lemongrass, celery bitters, sesame oil, and basil.

He’s making good use of his proximity to the distilling process, too: White bass on the current menu is cured in Bluecoat and served up with a salad of foraged goodies, and an upcoming plate will feature veggies pickled with spent botanicals from gin production.

All this has us excited as we move into summer, when Miller will really get to show off with stellar local produce. He already has plans for a uniquely pizza-inspired summertime tomato dish featuring a milky, ash-rubbed cheese from Berks County’s Valley Milkhouse. As if we needed another reason to look forward to tomato season.