Monday Morning TL;DR: Here’s How Robots are Taking Over the Service Industry 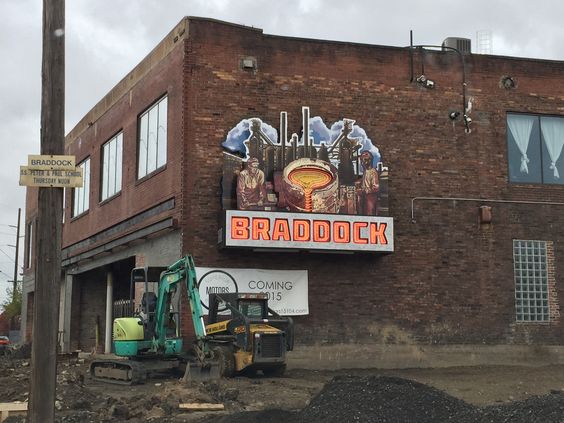 Welcome to another Monday morning. If you’ve found your way here, it’s probably because you want to know about that girl who got into Yale by writing an essay about ordering pizza delivery or the robots serving Korean BBQ in California. Or maybe it’s the guys who got arrested for making an alligator shotgun a beer.

But let’s begin this week with something a bit closer to home: The tale of Kevin Sousa‘s Braddock, PA restaurant, Superior Motors, and how food was supposed to save one dying town.

Back in January of 2014, Pittsburgh chef Kevin Sousa finished out a Kickstarter for a fine dining restaurant in Braddock, PA–a suffering steel town outside of Pittsburgh that hasn’t had a sit-down restaurant in years. His plan was to open the place, jump-start the local economy by giving people a reason to spend money in Braddock, offer discounts and job training to locals. It was a successful campaign. Sousa raised over $310,000 on a $250,000 ask. And then…he kinda vanished. Last week, Eater took an exhaustive look at Sousa, Braddock, Superior Motors and everything involved in the project–from the chef’s financial troubles to the complications of opening any restaurant, let alone one that’s supposed to save an entire town. It’s a fascinating look at the restaurant business, altruism, ego and money. Worth your time if you’ve got a little bit to spend with it.

Not The Droids You’re Looking For

I love stories about restaurant robots. This one–about service robots now employed at a Montclair, California Korean restaurant–is interesting because it isn’t discussing the replacement of squishy pink humans by soulless metal automatons, but a kind of load-sharing arrangement. The robots do the grunt work. The humans do the face-to-face stuff. And the reason this is interesting is because this is happening at one location of a chain that has locations in four states (soon to be five), so if it’s successful, it could spread. Automation at the Korean BBQ is just the start.

How I Got Into College

Last week, one of the biggest food-things on the internet was the story of the girl who got into Yale because she wrote an essay about ordering pizza from Papa John’s. Now like all things on the internet, the story was somewhat more nuanced than this. Carolina Williams also happens to be very smart, ranked in the top ten of her graduating class, was in Honor Society, etc. But still, the essay? That’s what people focused on because the Yale applications essay prompt was to write about something she loved, and Williams (apparently) loved ordering delivery from Papa John’s. A LOT. Anyway, she got accepted to Yale (though chose to go somewhere else), but the pizza essay (and the personal note from the admissions officer which basically said that the essay is what sold him) went kinda viral last week. And the moral of the story here? That can be summed up best by Ms. Williams herself who, when asked why she decided to write about getting delivery from a crappy chain pizza joint said, “Honestly, I thought I should go with the first thing that popped in my head.” Good advice for Yale admissions essays, and for life.

Some People Deserve To Be Eaten By Alligators

You know how I just said that everything is more nuanced than how it appears when you read about it on the internet? Well this isn’t. This is a story about two assholes who found an alligator by the side of the road, forced it to chug a beer and then posted a video to Snapchat–at which point they were promptly charged with animal harassment.

Music and food have a lot of intersections. And if you’re a punk of a certain age, this story will either make you happy, hungry, nostalgic or all three. Seminal Japanese punk band Shonen Knife have been doing a “Ramen Rock Tour” of the U.S. in support of their latest album. The women from Shonen Knife write about food a lot, and Maria Godoy from NPR’s The Salt sat down with them for an interview about music, food, Kurt Cobain, ramen and why the band doesn’t do love songs.