Plus McDonald's ushers in our dystopian future and Rooster Soup makes a restaurant list that matters. 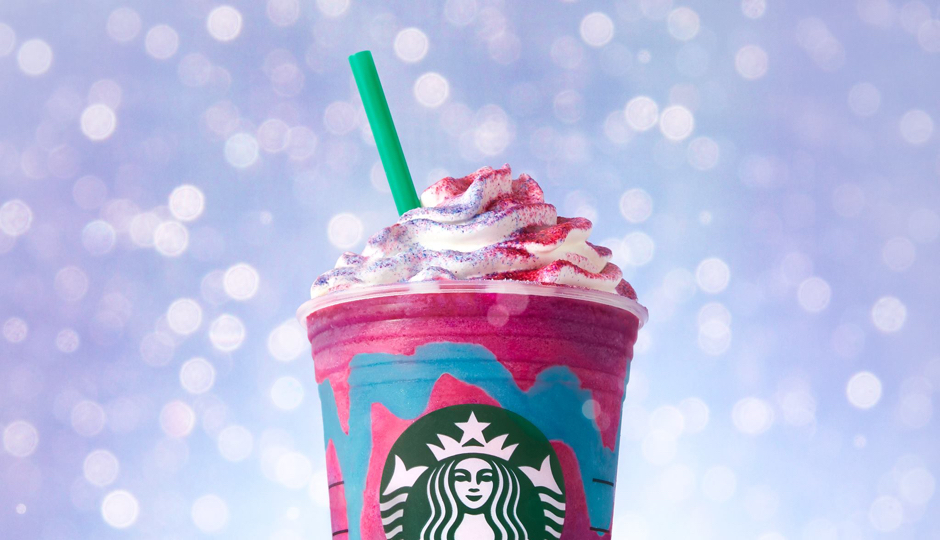 It’s Monday morning again, and if you’ve made your way here, it’s probably because you want to know how Rooster Soup Company ended up on an excellent list of the best new restaurants in America, how McDonald’s is readying itself for our dystopian future, or why Bangkok is now my least favorite city on earth. Well, second-least-favorite, actually. Behind Seattle.

Anyway, let’s get started, shall we?

Last week, GQ named its 10 best new restaurants in America. And ok, I know what you’re thinking. This is just what America needs in 2017, another bullshit list of restaurants full of fluid gel and purse butlers that no one but geeked-out rich people are ever going to care about. But wait. This list, put together by Brett Martin, is not like that at all. It is a best restaurant list used as a backhanded political statement, but also (and more importantly) it is one that looks first at the little guys, the neighborhood restaurants, those places that actually matter to the widest swath of actual eaters in any city. Michael Solomonov’s Rooster Soup Co. made the cut (and that’s awesome), but Martin also included places like Johnny Lee’s Side Chick which focuses exclusively on that nerdiest of food obsessions, Hainanese chicken rice; Detroit’s Flowers of Vietnam which he describes as being run by “the son of Palestinian immigrants cooking Vietnamese food in a Greek diner in Mexicantown,” and Young Joni in Minneapolis which combines artisan wood-fired pizzas and Korean small plates. Look, this really is a stellar list. The kind of thing you can plan vacations around. More than that, it’s an almost revolutionary list, so if you care at all about food in 2017, you should check it out.

Or, if you simply can’t see the charms in Israeli diners or fish sauce on pizzas, in the same week that GQ put out their rebellious list (which, it should be noted, included a description of a shop — which did not make the top 10 — selling smoked pastrami and ice cream operating out of the back of a sex shop), Bloomberg wrote about the Grill. It’s the restaurant that’s opening in the former Four Seasons space in Midtown Manhattan. It cost $30 million to build, all the servers will wear $6,000 Tom Ford tuxedoes and check averages are expected to run $150 a head before drinks. It is a restaurant that’s supposed to bring “power dining” back to Manhattan. Bloomberg says it will “change the culinary landscape.” Oh, will it, Bloomberg?

I love Paleofuture. And since the crew over at Paleofuture often get excited over the same kinds of food news that I do, I find the site to be a rich repository of bug-eating, automats, space farming and, in this case, Logan’s Run jokes. Last week, they took a look at the new McDonald’s uniforms that are going to be rolling out to the chain’s 14,000 U.S. locations this month, and the style reminded them of something. This is what the new uniforms look like: 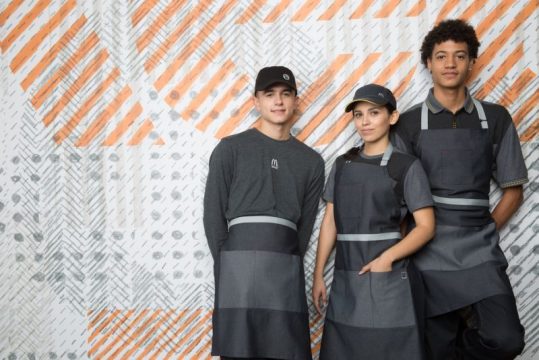 And in the classic 1976 dystopian film Logan’s Run, this is how the Sandmen dress — the guys whose job it is to murder anyone over the age of 21 who doesn’t smilingly agree to ritual suicide.

Yeah, there’s just something about that black-and-gray color palette that screams “eat as many cheeseburgers as you want, suckers, because Lastday comes for everyone!”

Hey, speaking of dystopias and government overreach, how’s this for some shitty news? Bangkok is banning all its street food vendors in the name of “order and hygiene.” According to CNN, “[S]ince seizing power in 2014, Thailand’s junta has led a campaign to “clean up” and “return happiness” to the country, focusing on issues such as late night drinking, corruption and the sex trade.” And, apparently, mango sticky rice and prawn soup.

On the lighter side, the Washington Post reviewed the new Unicorn Frappucino at Starbucks. It went precisely as well as you imagine, with the critic, Maura Judkis, saying, among other things, “It tastes like sour birthday cake and Instagram likes. It tastes like a creamsicle dredged in Pixy Stix.”