Rarest Closed Over the Weekend 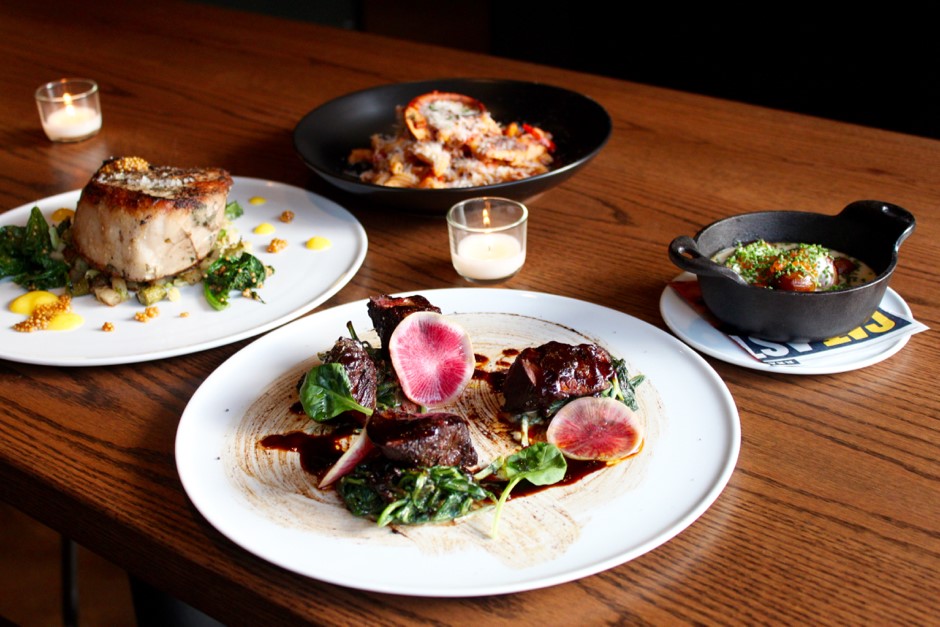 Anthony Marini was Philly’s first and only winner from CNBC’s Restaurant Startup — basically, Shark Tank for restaurants. The original, winning idea was an all-raw restaurant highlighting crudos, tartares, and salumi. Then, closer to its opening, the idea evolved into a modern American restaurant with sections of the menu dedicated to the rare and raw. And with a hefty investment from Joe Bastianich and then a partnership with Tom Finley of Finley Catering, he opened Rarest at the AKA Franklin Residences in November. First impressions were great.

Now, just over five months later, the restaurant is closed.

It is with a deep sadness that I have to announce that the last day of service for rarest. was this past Saturday. The location at 9th and Chestnut didn’t give us the foot traffic we needed and we do this for one reason, to put butts in the seats. From the moment my friend and brother, Chris Gaskill and I took this crazy journey, there was just a simple goal. It was to make people happy. As Chris got off the ride and I continued, I entered this experiment in the most humble way possible. There are a lot of fantastic restaurants in Philadelphia and I just wanted rarest. to be part of the conversation. The original idea was to open in a small space to seat about 35 of 40 people. As time went by, I was offered an opportunity to open in a larger space at the AKA Washington Square. The people who dined at the restaurant really enjoyed the food. I was proud of it and even though the name “rarest” sometimes confused people by thinking the whole menu was raw (it was not) or it was a steak house (which it wasn’t), we were given an opportunity to surprise people and make them happy. With that said and with this chapter finished, the restaurant will transition to service the needs of the Thomas Jefferson Hospital area. It will open with a new name and menu.

I would like to thank everyone who had a part in making this beautiful restaurant a reality. While I am disappointed, I am undeterred. I can’t look at this as a failure because I will make this happen again.