WATCH: Is This the Fitler Dining Room Dog Vandal? Early on Saturday morning, video cameras outside of Fitler Dining Room at 22nd and Spruce recorded someone vandalizing the restaurant’s iconic dog statues. A segment of the video (below) shows a male kicking and twisting the statue.

According to Fitler Dining Room’s Ed Hacket — who has seen the entire surveillance video of the incident — the suspect was walking west on Spruce Street when he tried to catch a cab at the corner. Hacket says the man was quickly tossed from the cab, and after that he headed for the dogs. Hacket says that the video shows the man kicking at one of the statues, finally knocking it over and breaking it.

Hacket has only received the above 15-second clip of the incident from his security company. He posted it to its Facebook page earlier today, and Foobooz has requested the full video. Hacket has reached out via Facebook and Twitter in hopes of identifying the person responsible. 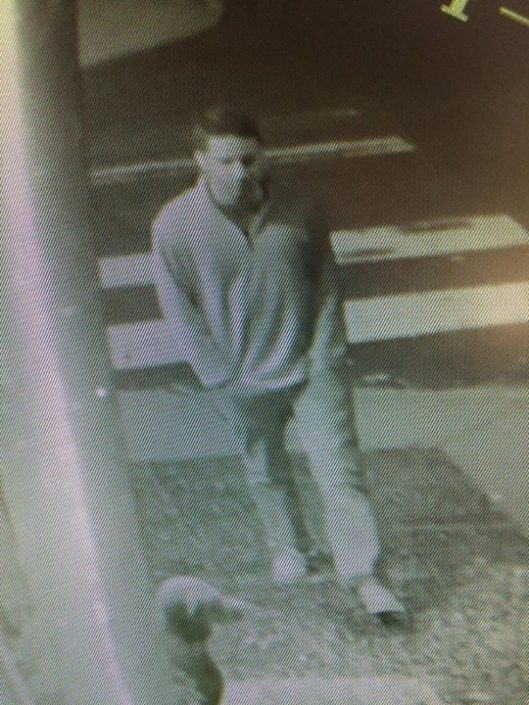 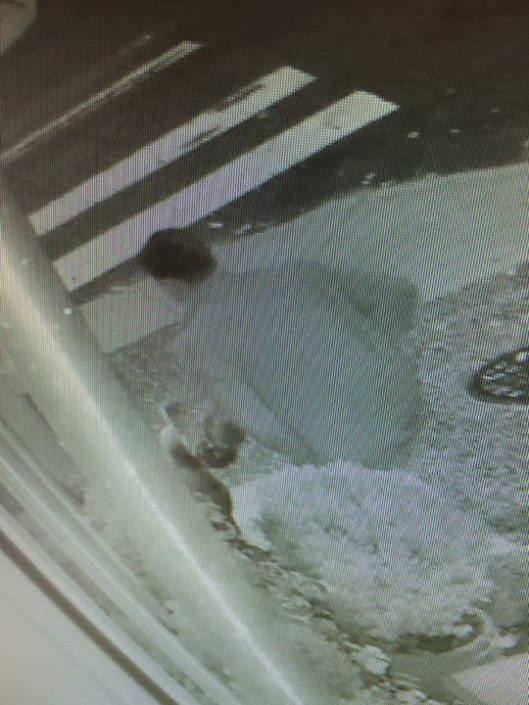 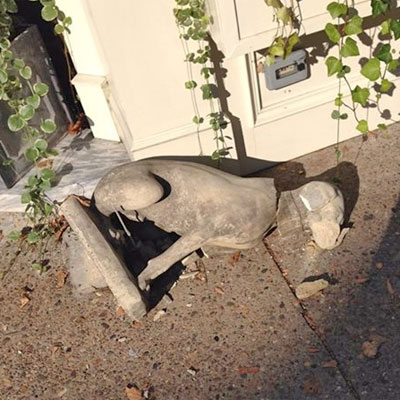 This isn’t the first time one of the dog statues has been the victim of a crime. Shortly after the restaurant opened, one of the dogs went missing and had to be replaced.