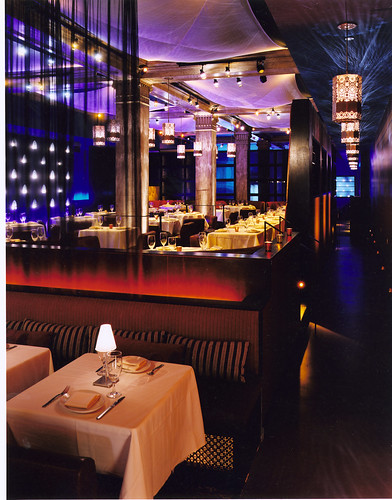 Contrary to the widely-reported doomsday scenario of Mr. Buddakan bailing on the City of Brotherly Love, it seems that Stephen Starr is not quite done here yet. We talked to the man himself recently and, in reference to the closing of Tangerine as an event space (which was originally set to happen at the end of February, but has now been pushed to June), he said that he’s now planning to open another restaurant there.

No, really! And not only that, but he also apparently has plans to (finally) do something with the old Blue Angel space at 706 Chestnut Street–or rather, to do something better with it than using it as a space for storing all his fancy patio furniture during the cold months.

So with this in mind, we decided to go back through the Foobooz Graveyard and see what kind of concepts Starr has announced but then never moved on. And what we found was a weird kind of treasure trove of ideas, notions, flights of fancy and non-starters dating back across the years, some of which might nicely fill out these two blank spaces in Starr’s Philly real estate portfolio. The list contained everything from Love Burger (a burger joint, originally planned for the old Letto Deli space at 208 S. 13th Street, which eventually ended up getting snagged by Jose Garces for his Frohman’s Wursthaus concept, which just received approval from the Washington Square West Civic Association earlier this week) to a high-end Indian concept (originally slated for 2009), to a 20,000-square-foot cruise ship-themed chicken-and-waffles spot called The SS Chicky-Waff where all the chicken would come in buckets shaped like Stephen Star’s head (okay, I made that last one up).

What we really want is for Philly’s master of dining-out-as-entertainment to open an awesome tiki bar where we can all get goofy on rum-heavy umbrella drinks and humiliate ourselves by singing along with Don Ho’s greatest hits, but failing that, what do you think would be the best fit for Starr’s available addresses?