The Eagles lost their starting LG Isaac Seumalo to a season-ending Lisfranc injury. 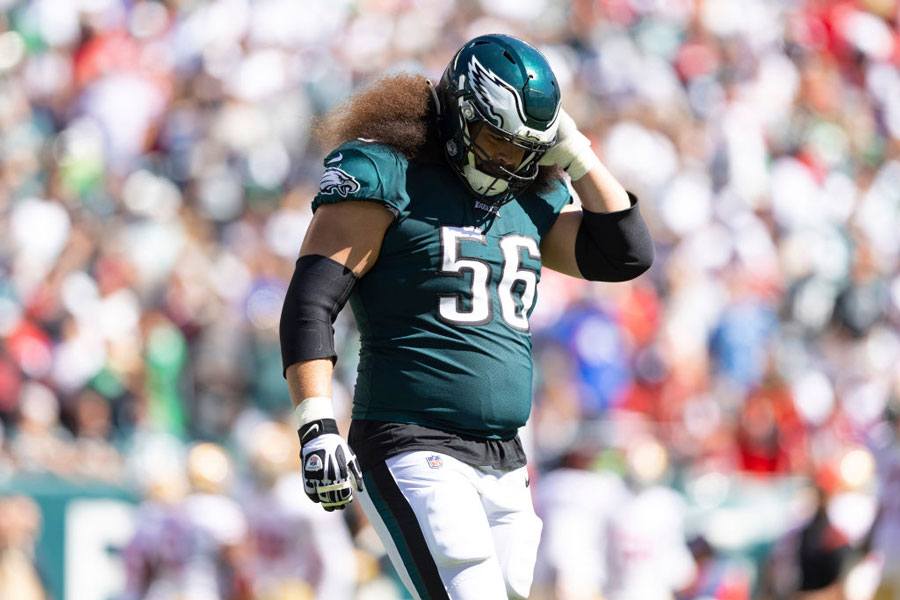 The kicker to the Eagles’ terrible 42-21 loss to the Dallas Cowboys in North Texas on Monday night arrived Tuesday morning, when the team confirmed that starting left guard Isaac Seumalo would miss the rest of the season with a Lisfranc injury that will require surgery.

The Eagles also lost safety K’Von Wallace for the foreseeable future to a separated shoulder, which will send the second-year player to injured reserve on a rehab timetable that could range from three to six weeks.

Seumalo played 39 snaps in Monday night’s loss to Dallas before being carted off the field. Wallace played just 11 snaps before he exited. Nate Herbig replaced Seumalo at LG, and Marcus Epps slotted in at safety with no Wallace.

Moving forward, Herbig is likely to be a starter at OG, but there could be a shuffling until Brandon Brooks returns from a strained pec. Rookie Landon Dickerson has been filling in for Brooks but has struggled in pass protection. Herbig, meanwhile, played better at RG in 2020 than left guard, so it’s at least conceivable that the musical chairs could be starting, although offensive line coach Jeff Stoutland typically doesn’t like multiple moving parts.

Another wild card could be the potential return of Jack Driscoll, currently on IR with a strained pec of his own and now eligible to return.

Wallace has been starting due to the absence of Rodney McLeod, who is in the final stages of rehab from an ACL injury last December. McLeod was kept on the active roster to start the season — a clear indication that the Eagles medical staff expected him back before Week Seven.

If McLeod still needs a little more time, Marcus Epps will hold down the role. Epps had been the opening-day starter until a concussion knocked him out of the lineup. Since returning, Epps and Wallace have rotated a bit for the shorts stints that both have been healthy.