Are the Eagles Going to Wear Kelly Green Again?

The team is looking to change an NFL rule that would allow it to wear kelly green alternate jerseys. 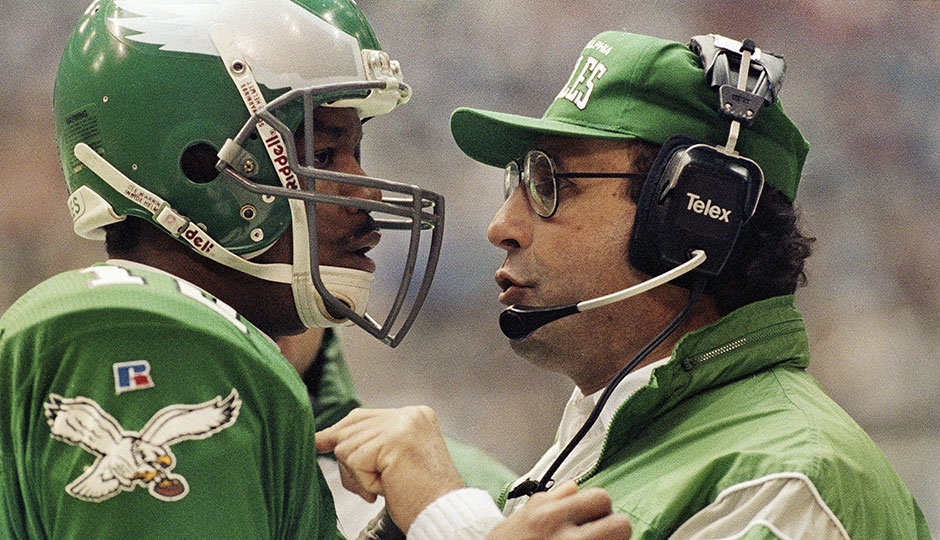 Are the Eagles going to bring back kelly green as a third jersey?

The Inquirer’s Zach Berman has a report today about one NFL rule change the Eagles are proposing at the annual owners’ meetings next week. Currently, NFL teams must wear the same helmet throughout the season. The Eagles want to allow teams to have an “alternate helmet.”

Berman connects the dots and it’s obvious: The Eagles may be bringing back kelly green as a third jersey.

Ask any — okay, most — Eagles fans what the one thing they’d change about the team is and the answer would not be related to any player. Fans — at least older fans — want the kelly green jerseys back. The Eagles switched to their current “midnight green” color in 1996, and have only worn kelly green jerseys as a 50th anniversary tribute to the 1960 NFL Championship team in 2010. (Back then, you were allowed to wear different helmets.)

The Eagles last publicly talked about a switch to kelly green in 2014, but team president Don Smolenski said the NFL “provides some restrictions that we’re trying to work through, but that’s going to take some time.” Maybe about three years? (The Eagles reportedly didn’t want the new helmet to clash with the kelly green jerseys. So fashionable!)

If the Eagles can convince the NFL to allow an alternate helmet, it seems likely the team would go with kelly green throwbacks for one or two games a season. Or maybe they’ll swerve the fans and wear the old powder blue and yellow ones as a throwback!

The dream of all Eagles fans is a Super Bowl. But if they can’t get that, kelly green jerseys will do for now.