Casino Pier in Seaside Heights will soon open Hydrus, a roller coaster to replace the one destroyed by Superstorm Sandy. 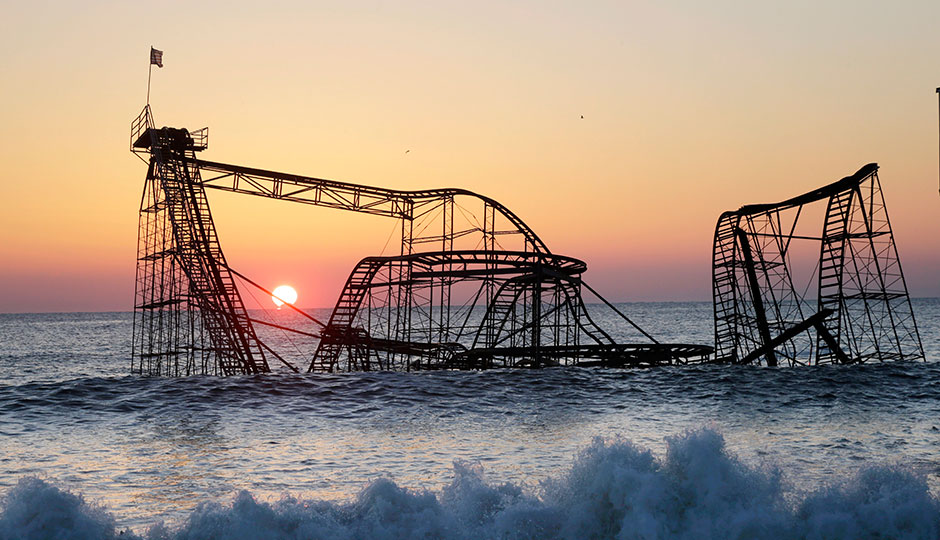 A new roller coaster is coming to Seaside Heights — finally.

In what was perhaps the most iconic image from Superstorm Sandy, the former Jet Star roller coaster at Casino Pier sat in the ocean, its underpinnings destroyed by the storm. It was in the surf for months before it was removed.

Now, the Hydrus, which includes a 72-foot vertical drop, will likely open sometime around April 8th.

“We reopened the pier the spring after Sandy after rebuilding our lower deck area, and each year since we’ve added new attractions, including miniature golf and upgrades to our water park,” Maria Mastoris, a spokeswoman for Casino Pier, told the Inquirer. “This year, we’re really excited to open Hydrus and the new Ferris wheel. … We think the public is really ready for the these new rides and the season to come.”

The pier was able to build the coaster due to a controversial land swap that was approved by the state.

By Memorial Day, Casino Pier should have 25 rides in operation — the most since Superstorm Sandy.