Why Villanova’s Win Was Never Really in Doubt 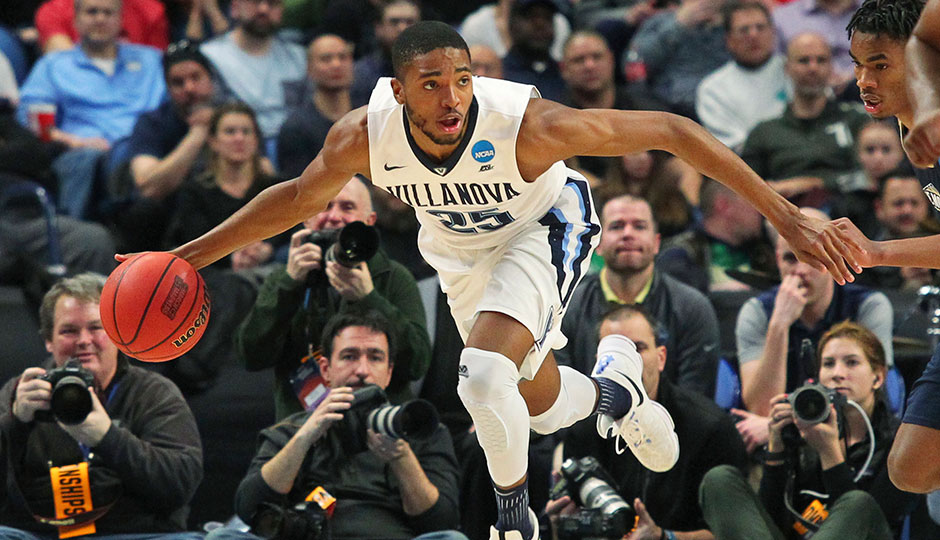 Villanova kicked off its defense of its national title on Thursday night in Buffalo as the top seed in the entire NCAA tournament. The Wildcats faced Mount St. Mary’s, the 16th-seeded champions of the Northeast Conference. And for a while the Mountaineers got the better of Villanova.

’Nova missed its first eight shots. The Wildcats turned the ball over several times. At one point they were down 10-2. Would this be the first time a number-one seed lost in the first round?!

Well, no. Though the Wildcats trailed throughout almost the entire first half and led by just a point at halftime, the rest of the game went pretty much according to script. Villanova opened the second half on a 21-6 run, and won 76-56. The Wildcats will face Wisconsin in the second round on Saturday.

But there was reason to believe you shouldn’t have been worried at all. When Villanova was shooting 20 percent in the first half, The Mount needed to build a bigger lead if it wanted any chance to win. Stats guru Ken Pomeroy’s website gave Villanova a 97.5 percent chance to win the game going in. The Wildcats’ win probability never dipped below 92 percent.

And it makes sense. What is a better show of Villanova’s true talent, the subpar 20 minutes the Wildcats played in the first half yesterday, or the 31-3 record they had coming into the game? It was certainly interesting (and exciting, even) to think the defending national champions would be knocked out of the NCAA tournament in the first round by a number-16 seed, but it wasn’t very likely to happen.

Philadelphia fans may have recognized this before. It happened at the Wells Fargo Center in 2006, when number-one UConn actually trailed 16th-seed Albany 50-38 eight minutes into the second half. UConn won 72-59, and went on to the Elite 8.

Does yesterday’s poor performance bode poorly for Villanova’s chances at a repeat? Perhaps. But, again, what is more indicative of their true talent level: The 34 games that preceded yesterday, or a sloppy victory in the first round of the NCAA tournament?

And it seems odd to say yesterday’s game shows they’re in trouble when Villanova struggled in its opening game last season, too. The Wildcats led by just two, 24-22, before going on a run late in the first half. They won by 30. They went on to win the national championship. Who knows — maybe it’ll happen again this year.