Collective Strength, which deals with feminist, work-related topics, is the brainchild of Strong Feelings co-hosts Sara Wachter-Boettcher and Katel LeDû. 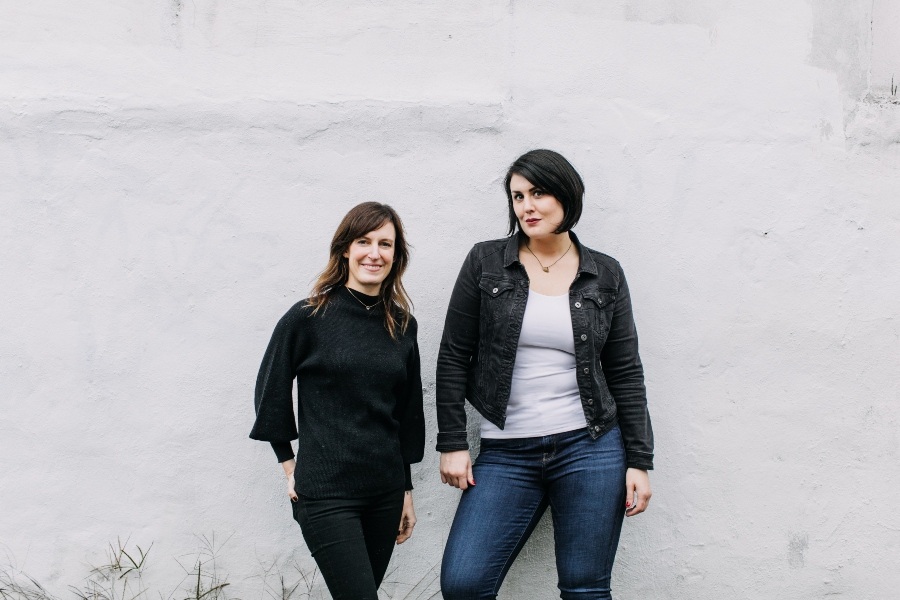 In their podcast, Strong Feelings, Sara Wachter-Boettcher and Katel LeDû get real about issues affecting women, femme-identifying, and nonbinary folks: destigmatizing being ‘emotional,’ being a working mom, and creating more inclusive work spaces. With more than 60 episodes, the dynamic duo has fostered an e-community that navigates tough topics through transparent, vulnerable discussion.

Now, the podcasters are moving beyond the mic with their newest project, Collective Strength. The in-person event series isn’t your typical female networking environment, where attendees are motioned to grab a plastic wine glass, slap on a nametag, and offer, “You go, girl!” over and over. Instead, Collective Strength is the chance to have honest, intimate conversations about work topics that matter to members, like negotiating more equitable salaries, handling toxic work environments, becoming a manager, and pivoting a career. “The kind of stuff we talk about on the podcast will be brought to life,” Wachter-Boettcher says.

Forming this space for local professional women, femme-identifying, and nonbinary individuals was prompted by their devoted Strong Feelings following. “We would get emails [from listeners] saying, ‘I wish I could have these kinds of conversations in real life,’” LeDû says. “We just started thinking we could do that — create a space where people could have those kinds of conversations while also building connections.”

But creating Collective Strength also stems from larger gender, economic, and sociopolitical issues within American culture. Both LeDû and Wachter-Boettcher recognize that a lot of guilt, embarrassment, and lack of confidence around money exists, particularly for women. “Money is still taboo to our audience, even though it’s the one thing so obviously on everybody’s minds [now],” Wachter-Boettcher says. “Conversations around money seem risky because of the gendered reality of economics. For instance, when women go in and ask for a raise, they are viewed differently [than men are], often as ‘not accommodating’ or off-putting.”

This is why the topic for the first event, happening tomorrow evening, is centered on money. The free, two-hour event begins with a break-out session, in which attendees will dig into the emotional side of money, sharing what both excites and freaks them out. Following, guest speaker Karen McGrane, a digital strategy consultant and professor of design management, will offer tips and strategies for negotiation and rate-setting as well as answer questions from the audience. After hearing from McGrane, attendees will synthesize the tools they’ve learned through a small-group guided activity. That way, nobody should leave saying, “I want to do this in my career, but I’m not really an expert.”

“Money Matters: Negotiating, Setting Rates, and Getting Fair Pay” takes place at Indy Hall on Wednesday, June 5th, from 6 p.m. through 8 p.m. You can RSVP for the free event here.

Collective Strength plans to meet monthly, with dates scheduled for the rest of the summer. Official announcements for July and August events are coming soon, but as a heads-up: July’s topic is professionally positioning oneself and communicating your perspective, and August’s is leading and managing with a feminist perspective.